Tai Tuivasa celebrated his devastating knockout win against Stefan Struve at UFC 254 by necking a shoe of beer and spit on Saturday night.

The heavyweight, who was on a three-fight losing streak beforehand, won via knockout in the first round against Struve and was evidently ecstatic in the aftermath.

The Australian was in jubilant form backstage and celebrating with Canadian group Nelk, Tuivasa chugged a shoe full of beer and spit after shouting ‘Shout-out to the UFC, let’s go!’ with the YouTube group following suit. 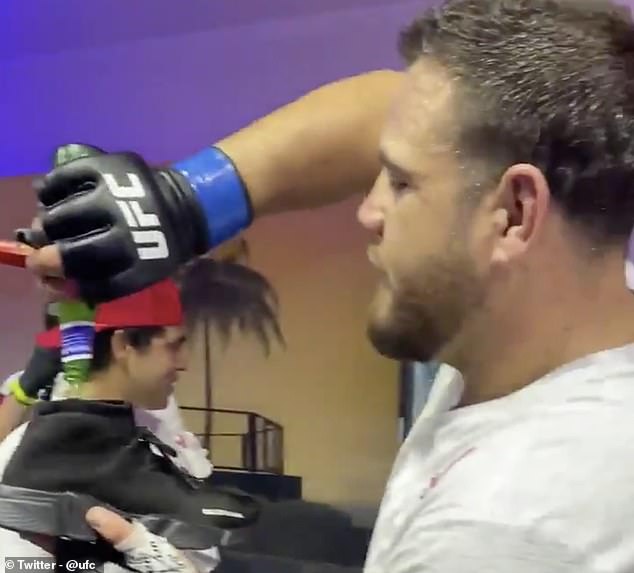 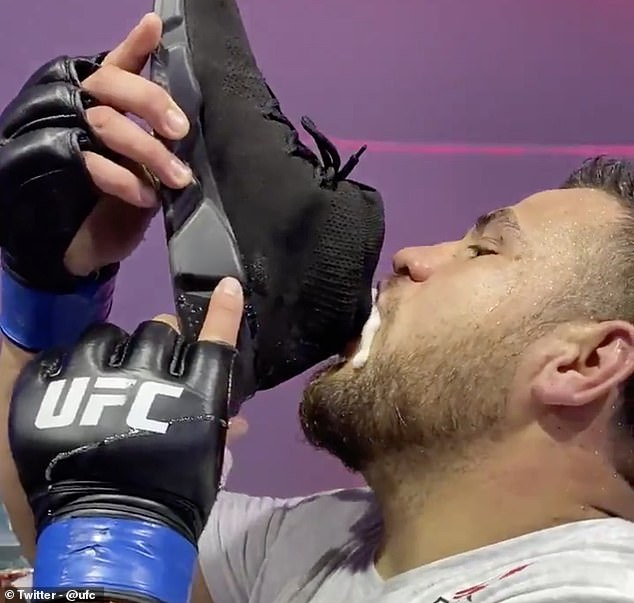 Straight after the fight, Tuivasa opened up on how he stormed to such a decisive victory on UFC Fight Island.

‘It was awesome to get that feeling back. Like I said before, it’s addictive, it’s something you can’t get it anywhere else.

‘I put in the work, I put my head down and my ass up this year, so I just credit that to my team. 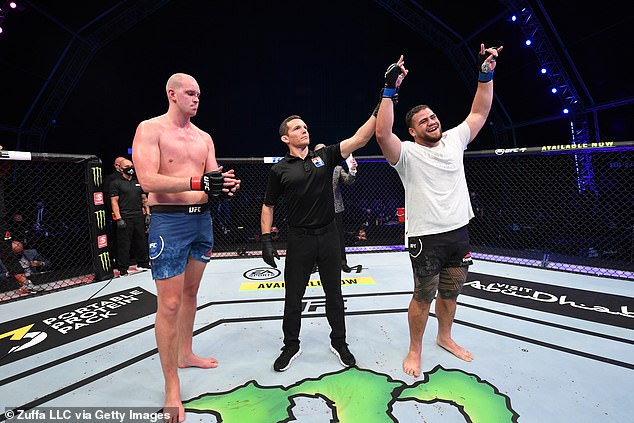 ‘That was the plan, take it easy man and stop trying to get in there and get that money real quick.

Tuivasa was a victor on a night which belonged to Khabib Nurmagomedov after the unbeaten Russian announced his retirement following his second-round win against Justin Gaethje. 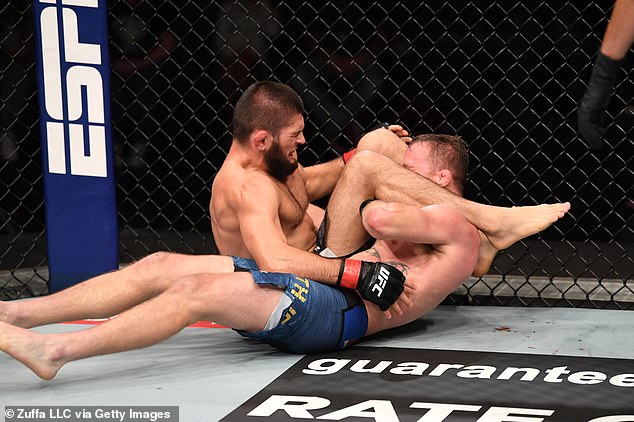 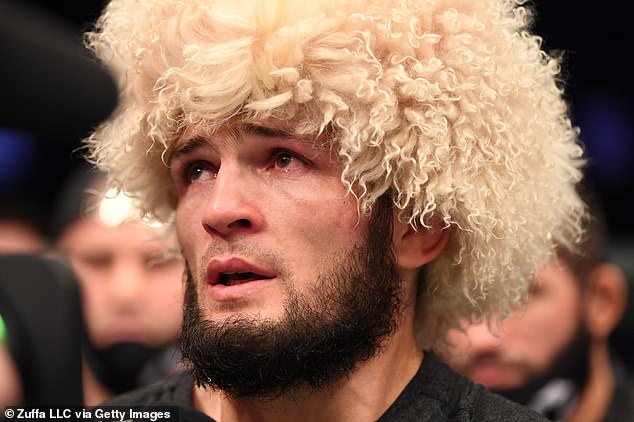 The lightweight champion made his announcement in the immediate aftermath of defending his crown against Gaethje to extend his unblemished record to 29 wins and zero defeats.

Many fans and pundits had expected the Dagestani to face his toughest challenge yet in Gaethje, who had been riding a wave of momentum after defeating Tony Ferguson at UFC 249 in May.