‘I shouldn’t have involved myself’: Tana Mongeau apologizes to Khloe Kardashian for snarky tweet about ex Tristan Thompson and daughter True

By Kelby Vera and George Stark For Dailymail.com

YouTuber Tana Mongeau has apologized to Khloe Kardashian for sending a snarky tweet about her ex Tristan Thompson that referenced their daughter True, three.

The social media personality, 23, caused a minor stir late last month when she appeared to call out the NBA player, 30, for going to her birthday party on Father’s Day.

But now Tana has admitted she ‘shouldn’t have involved’ herself in the couple’s drama and definitely shouldn’t have brought their daughter True into it.

Using her new podcast Cancelled With Tana Mongeau to say sorry, the F*** Up singer said: ‘I will apologize for [mentioning True Thompson]. I was just trying to make a joke. It was more so that it was Father’s Day.’ 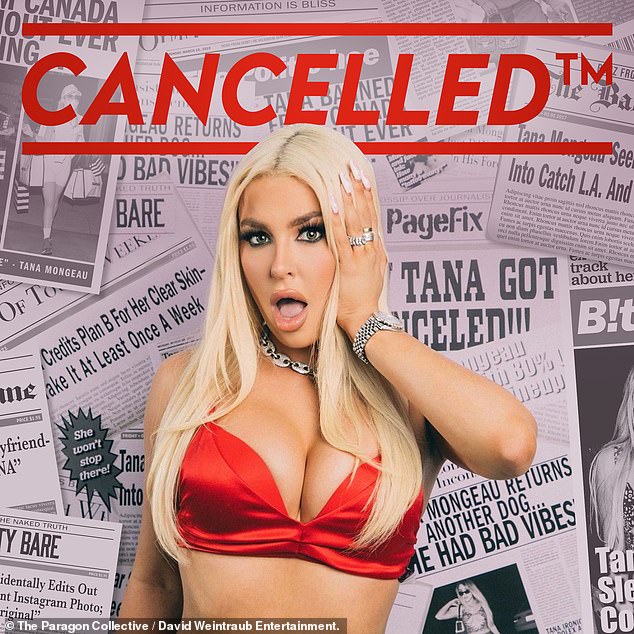 Mea culpa: YouTuber Tana Mongeau apologized to Khloe Kardashian for sending a snarky tweet about her ex Tristan Thompson that referenced their three-year-old daughter True on her new podcast Cancelled With Tana Mongeau 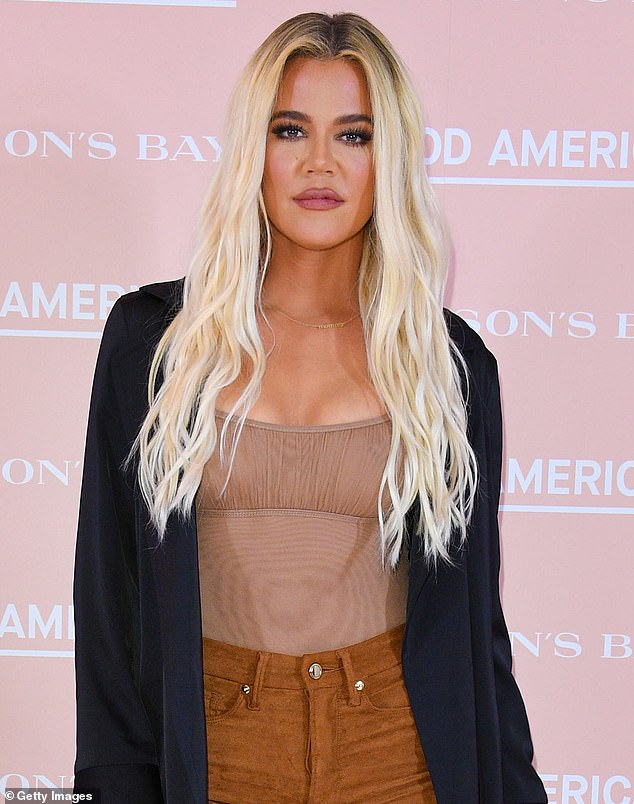 Angry: Tana has admitted she ‘shouldn’t have involved’ herself in the couple’s drama and definitely shouldn’t have brought their daughter True into it

‘In hindsight, I shouldn’t have involved myself, and Khloé, I would like to take the time on this “Cancelled” podcast to apologize to you,’ she said on the premiere episode, which was titled ‘Beefing with the Kardashians.’

Back in June Tana seemed to stir the pot when she took to social media to write: ‘All i know to tweet about my birthday party last night is that tristan thompson was one of the first attendees.’

Khloe appeared to take notice, subtly dissing Tana by liking a cutting Twitter reply that said: ‘Shut the f**k up.

‘This screams attention-seeking at it’s finest bc you know damn well that man gon make headlines over anything pertaining to women.’

Gossip: Back in June Tana seemed to stir the pot when she took to social media to write ‘All i know to tweet about my birthday party last night is that tristan thompson was one of the first attendees’ 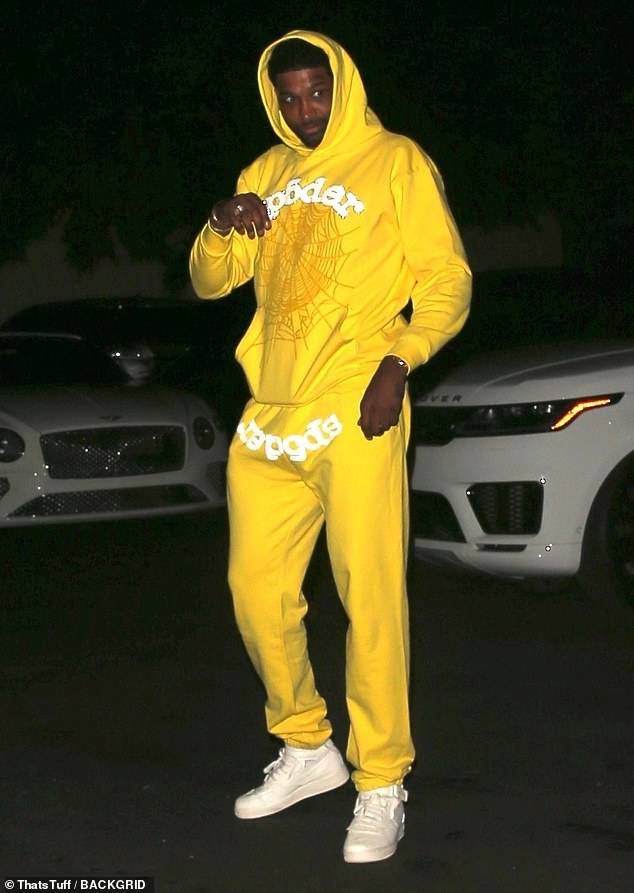 Attendee: Thompson did attend a June 20th party while Tana hosted, pictured on June 21st at a Nightingales club above

In June, DailyMail.com reported sources saying how Tristan disappeared into a bedroom with three women at a house party over the weekend. His lawyers have since denied the claims.

Though Khloe and Tristan’s romantic relationship is on hold for the time being, the pair still seem committed to co-parenting.

The amicable exes were seen together while picking up daughter True from dance class in LA last weekend.

‘For now, Khloé is single and seems okay with it,’ an insider revealed.

‘She continues to co-parent with Tristan and they spend time together as a family. Even though he has disappointed Khloé so many times, she is still very loyal to Tristan.’ 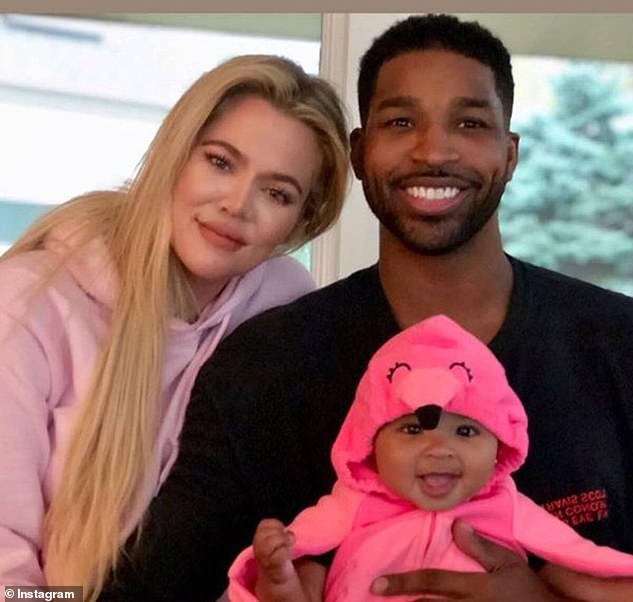 ‘She doesn’t like when people criticize him. He will always be special to her. It’s very possible that they will get back together eventually.’

Meanwhile, a source claimed to PageSix last month that the couple’s break up was amicable and they are concentrating on raising their daughter together.

The insider said: ‘They’re getting along. There is no drama. Everything is amicable and they are on the same page with co-parenting.’

Khloe and Tristan’s split emerged as the pair were seen trying to work things out on the final two episodes of Keeping Up with the Kardashians.

The on/off couple were filmed recently for the show talking about the future together, with Khloe even considering a move to Boston to be near him – as she continued to talk about having another child together. 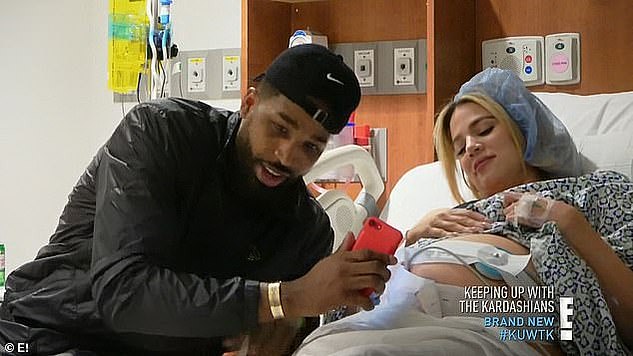 Precious moments: Khloe documented the birth of her daughter, at a hospital in Cleveland, for season 15 of KUWTK

The Cleveland Cavaliers took advantage of the numerous and important absences in the Chicago Bulls to end a streak of two consecutive losses and prevail by a...

24-year-old rookie Chris Duarte commanded the Indiana Pacers offense to beat the New York Knicks 102-122 in their fiefdom.Duarte had 14 of his 23 points in the...

Un Kyle Kuzma's 3-pointer with two seconds left in overtime in Detroit has been voted the best play of the night in the NBA. A good movement...

You Were Born for This: Astrology for Radical Self-Acceptance