Great stuff! Book showcases VERY creative taxidermy – including a mouse taking a bubble bath and a magpie dressed as a nun

A new picture book showcases bizarre taxidermy scenes, from two gophers falling in love to a magpie dressed as a nun.

Taxidermy Goes Wild! by Rob Colson reveals the wonderfully weird anthropomorphic wildlife on display and for sale all around the world.

From mice drinking wine in a bar, a moth playing the cello, and a mouse taking a bubble bath, the images will leave you both amused and confused.

The book, which is available to purchase now, features scenes of a racoon eating peanut butter and a squirrel dressed as a cowboy.

Here, FEMAIL reveals some of the wonderfully weird taxidermy which is available around the globe. 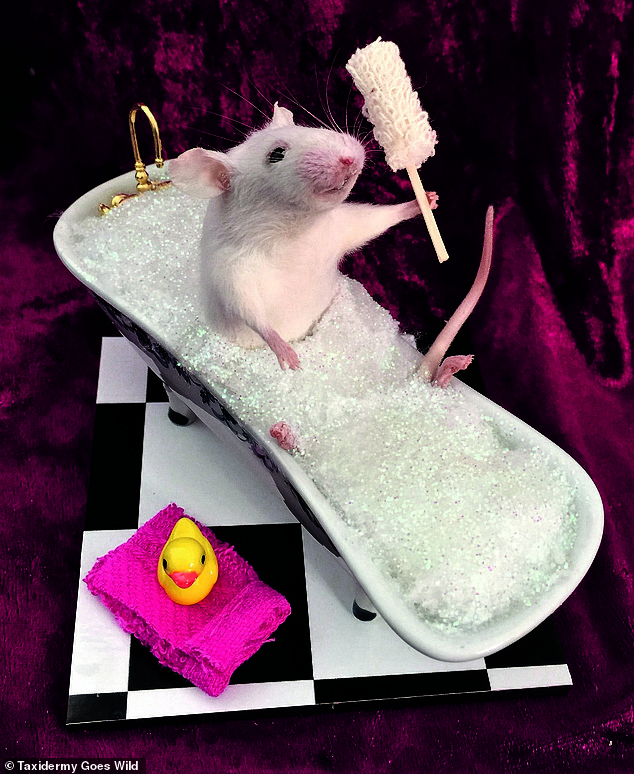 Squeaky clean! This image depicts a mouse taking a bubble bath in a bathroom complete with a rubber duck and a loofa 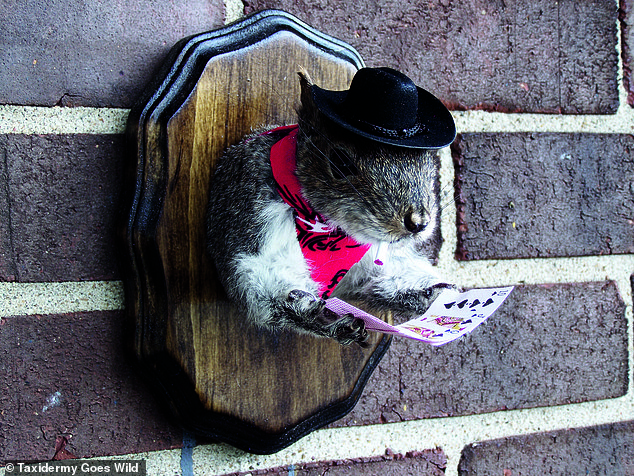 That’s nuts! This piece, named the Original Cowboy Squirrel, shows the rodent wearing a hat and a bandana while smoking a cigarette and playing cards 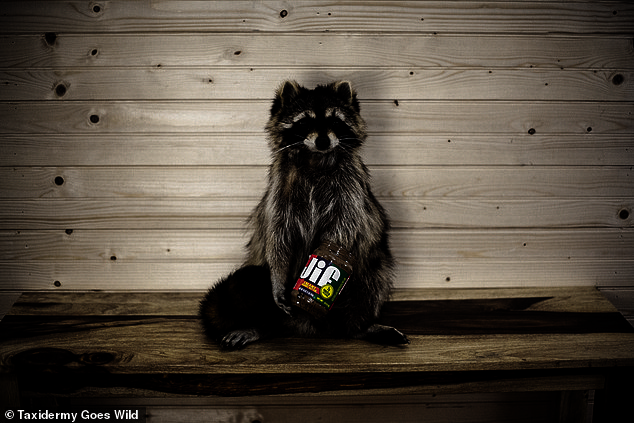 Caught red handed! This life-size Raccoon taxidermy mount, which has already been sold, is posed in a sitting position and helping itself to a jar of peanut butter 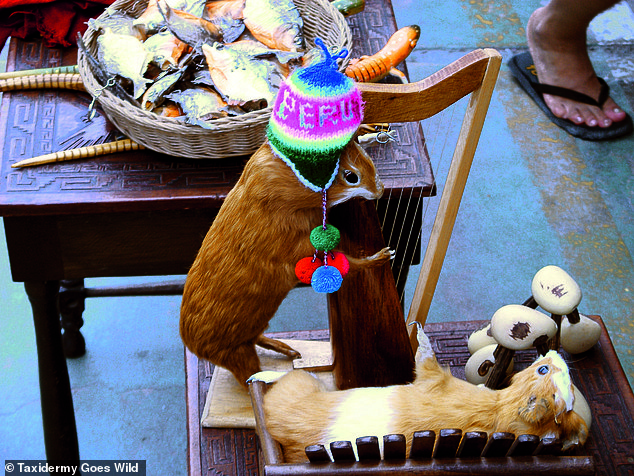 Team work! This scene on sale in Peru shows two anthropomorphic rodents, one of which is wearing a wooly hat, playing a harp together 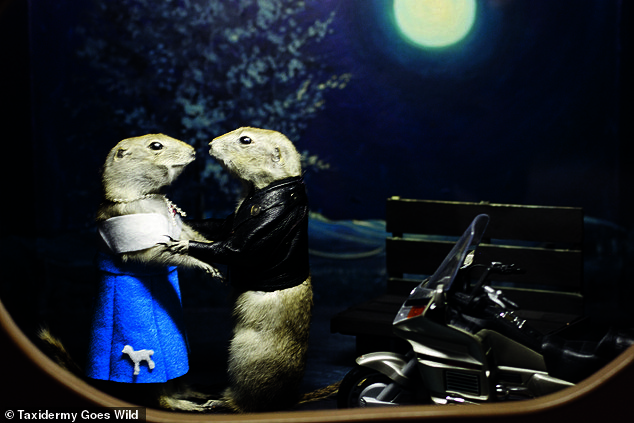 True love! This scene, from the Gopher Hole Museum in Torrington, Alberta features stuffed Gophers and is meant to represent towns people from the local area 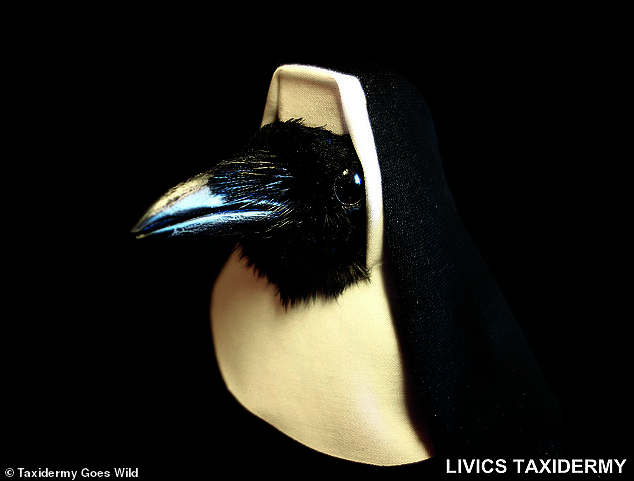 Oh Christ! This piece, from Livics Taxidermy in Glasgow shows a stuffed magpie dressed in a nun’s habit 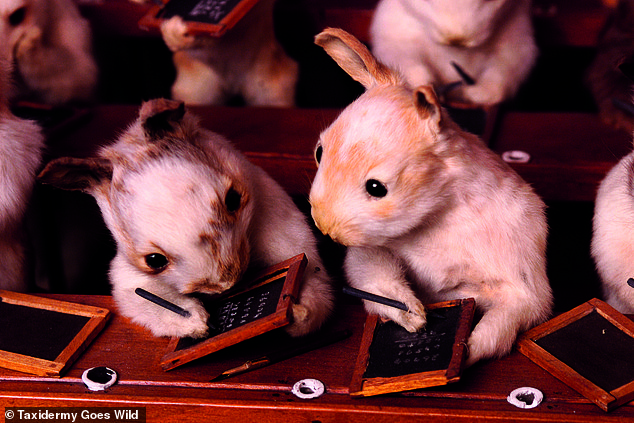 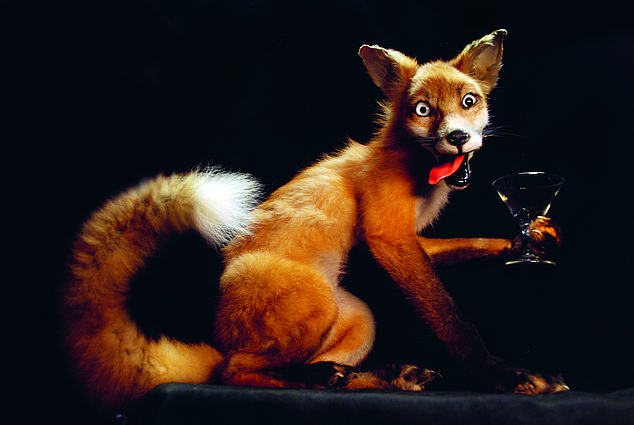 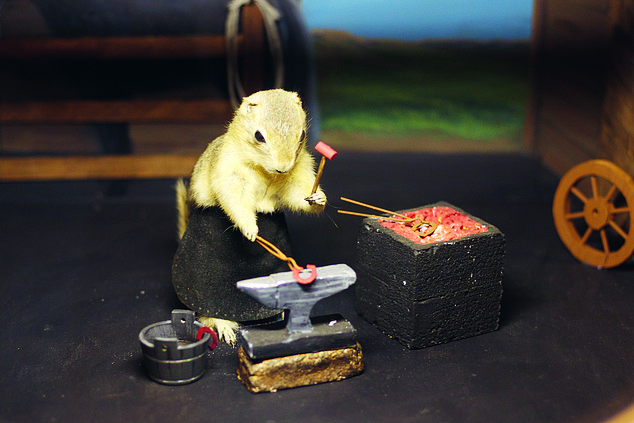 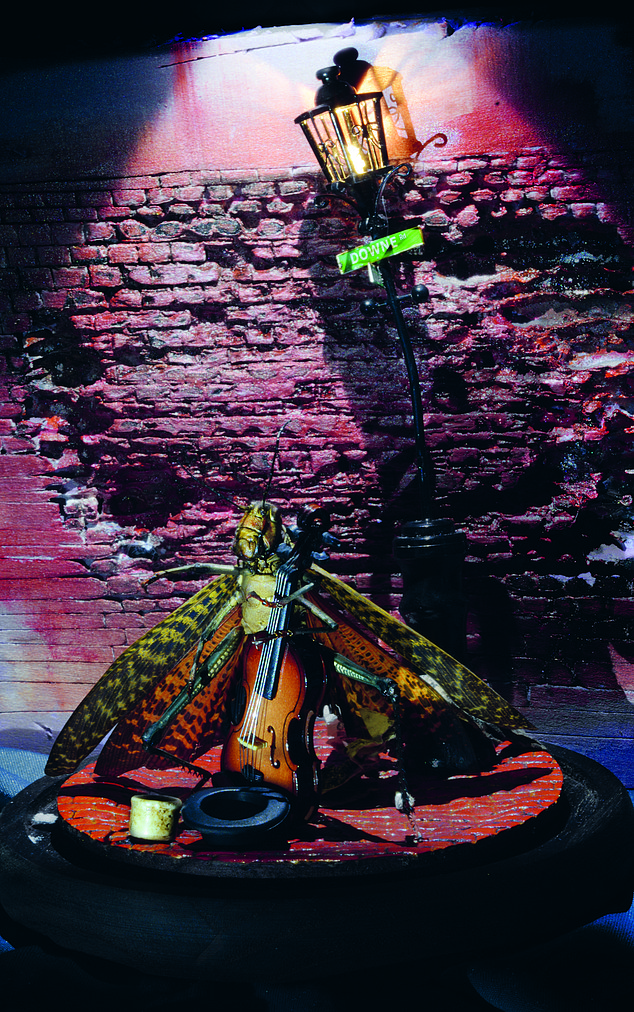 Musical Moth! This piece shows the insect busking for cash by playing the cello in the middle of the street 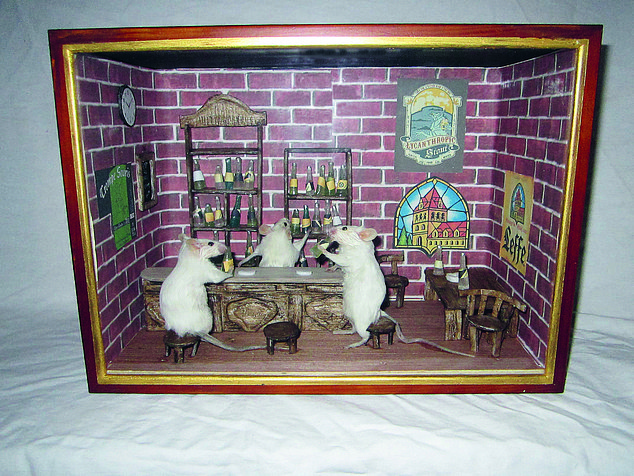 A hard week! This taxidermy scene shows three mice socialising in a bar while drinking several bottles of wine

Protests in Italy as coronavirus curfews come into force