A teacher who groomed and then married a former primary school student 34 years his junior has been deregistered.

The man, who cannot be identified, told the tribunal that he immigrated to New Zealand with his wife but she later died.

The man first came upon the primary school student, who cannot be named for legal reasons, in a rural village of New Zealand’s North Island when she was just 11 years’ old and he was her 45-year-old teacher.

He taught her through Years 7 and 8, at the end of her primary school years. 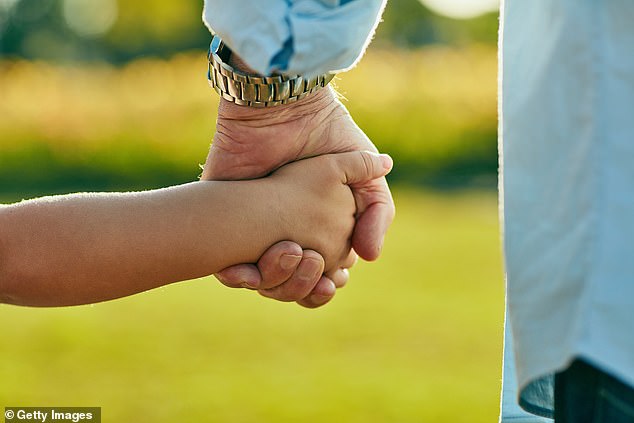 The Teacher’s Disciplinary Tribunal heard that from the ages of 11 to 13, the girl, who had needed extra learning support, had been groomed socially and given jewelry and money by the teacher – who was seen holding hands with her.

The girl’s younger cousin told the Tribunal that when her cousin was in Year 8, she would sometimes stay back after class to talk to the teacher.

‘Her evidence is that she saw their hands touching a few times and when she walked in there would be an awkward silence and they would look at her and shuffle apart,’ the tribunal said.

The conversations that she overheard between the pair were not normal and at the end of Year 8 the teacher had given her cousin money and jewellery, she said.

Despite being only in Year 4 herself at the time, the teacher also gave her $5 and some earrings, she told the Tribunal. 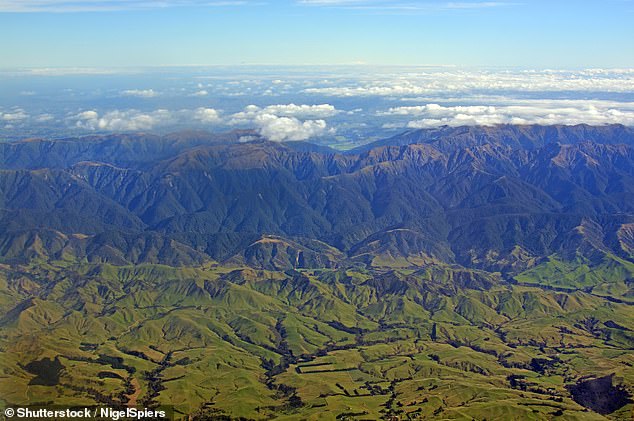 The teacher’s lawyer said there were inconsistencies in the younger cousin’s testimony, however, and the tribunal found there was insufficient evidence to prove that the teacher engaged in any serious misconduct while his future wife was still at his school.

Once the girl left primary school, the teacher regularly saw her outside of school hours, inviting her to his house to play on his jet ski.

The girl’s mother was not suspicious of her daughter’s relationship with the teacher while she was at school.

Her parents told the tribunal that they only found out about the relationship six months after their daughter had left college, aged 18.

The mother discovered something was wrong when a police officer turned up in 2017 to ask where her daughter was.

The mother thought her daughter was in Hawke’s Bay with friends – but the police said she was with the teacher.

Then, to her horror, she found contraceptive pills in her daughter’s drawer.

Shockingly, the girl told her mother that her former teacher would not have sex with her until she was on the contraceptive pill.

The girl’s father told the Tribunal he had asked her daughter if she wanted to go to Australia to have a chance at a better life, and his daughter said yes.

When her parents sent her over to live in Australia with her brother, they set her up with money and a car – however her brother sent her home in September 2017.

The teacher turned up in Australia looking for her – and got angry when told she had gone back to New Zealand, her father said.

The father said after a week back at home his daughter left for the teacher’s house.

A month later his daughter said she and the teacher were moving to China – but that she didn’t really want to go.

The father said his daughter had appeared scared. 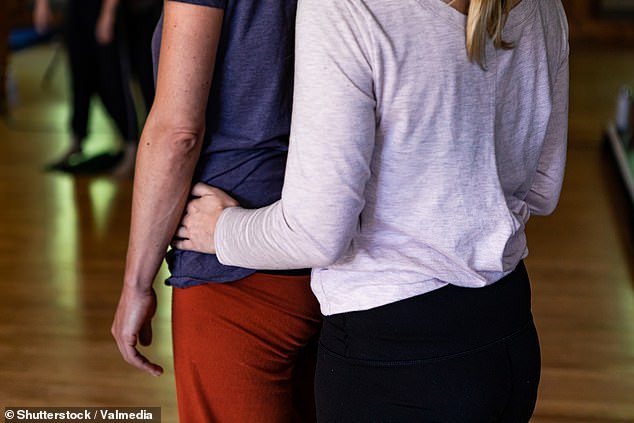 The man married his former primary school student, when he was 54 years old and she was just 20. (stock image)

He tried to drive away with his daughter and ended up in a physical fight with the teacher who tried to stop him.

The Teachers Disciplinary Tribunal found that the man’s behaviour was ‘at the most extreme end’ of serious misconduct for years, and the only appropriate penalty was cancelling his teaching registration.

The man later married the girl when she was 20 years old and he was 54.

Both the teacher and his former student told the Tribunal their relationship only began after the girl turned 16.

The former student described her wedding day and marriage as ‘the happiest time of her life’, saying he former teacher ‘means the world to me’.

‘He treats me with total respect; he supports me in everything that I want to do and comforts me when I’m feeling low … . I’ve always been treated as an equal, a mature adult, his best friend and partner,’ she said. 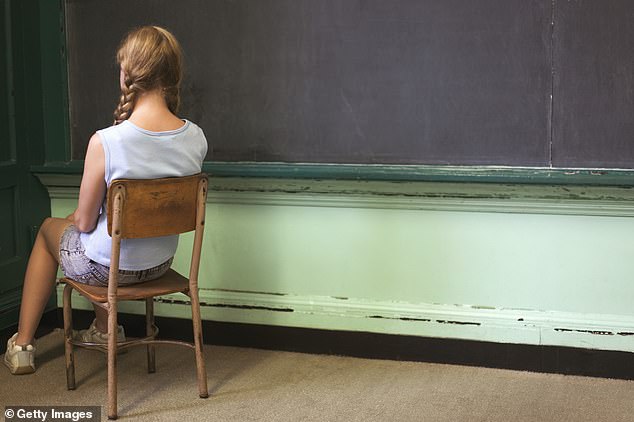 The girl’s younger cousin said when she would walk in on her Year 8 cousin and her teacher, 34 years older, they would shuffle apart and look at her in awkward silence (stock image)

Despite saying her relationship was one of equals, the girl had no money of her own or any goods in her own name.

The teacher owned the house they live in, their car and all their goods and the girl told the Tribunal she had to ask for money for clothes or groceries.

They moved to China where the teacher tutors English, and the girl told the tribunal that while he is at work she stays home to cook and clean.

The tribunal found the former student was ‘totally dependent’ on the teacher financially, socially and emotionally.

‘Her role in the relationship is about fulfilling his needs and wants. The power imbalance now that they are married is as significant as it has always been,’ the tribunal said.

‘We do not accept the submissions that the respondent takes steps to mitigate that. Quite the opposite. He has taken Student C away from her whānau and friends to the other side of the world.’

‘When they return to New Zealand, she sees her friends only in his presence in his home.’

‘His behaviour is about power and control not partnership and reciprocity.’

Rouhani negotiates with Washington despite the threat of parliament?