The mother of a nine-year-old boy who sold air fresheners to boost his pocket money has revealed his teachers called the police on him.

Alicia McHale, from Gorton, east Manchester, said she was shocked when two officers were sent round looking for Donnan.

She blasted Sacred Heart Primary School for leaving her upset and embarrassed and said the authorities did not need to have been involved.

Donnan started buying a packet of four air fresheners from a pound shop then sold them individually for £1 each outside a Tesco petrol station.

He proved to be a natural salesman and in just four weeks had earned enough to buy a coat, phone, bike and tracksuit.

But he was allegedly rumbled by a teacher at his nearby school who later told the police on him. 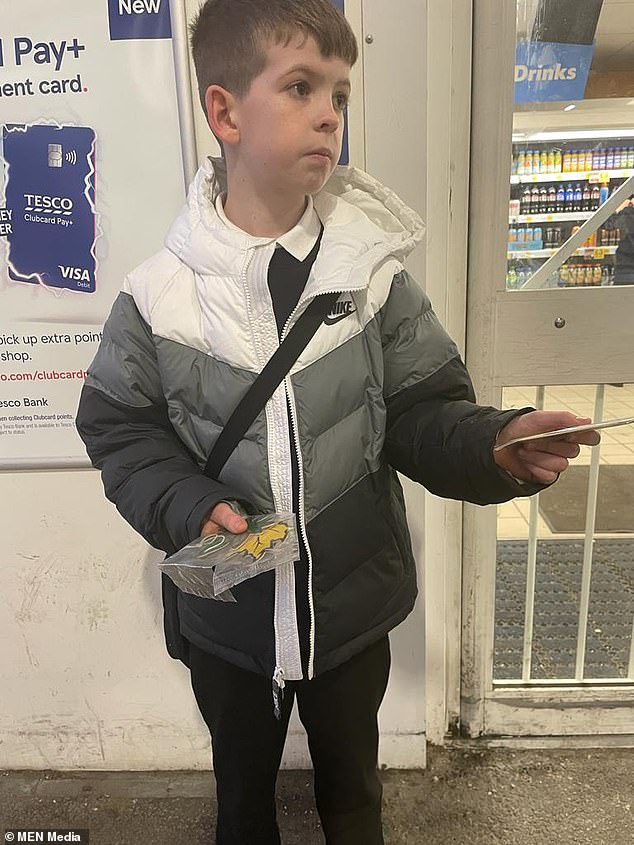 Alicia McHale, from Gorton, east Manchester, said she was shocked when two officers were sent round looking for Donnan (pictured) 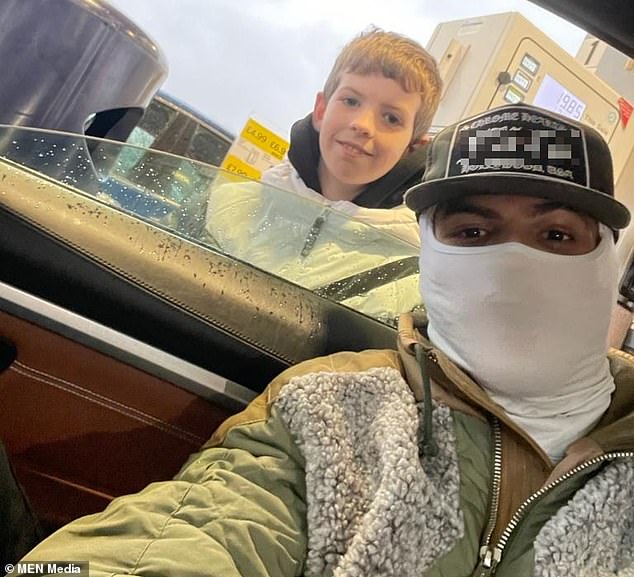 Donnan started buying a packet of four air fresheners from a pound shop then sold them individually for £1 each outside a Tesco petrol station. Pictured: The boy with local rapper Meekz

Alicia said the two officers knocked on her door on January 12 and wanted to speak to Donnan.

She said: ‘I asked them what the problem was. They just said ”we’ve had a phone call from the school, it’s from Sacred Heart, could we come in a minute”?’

After speaking with the youngster, she said they seemed unconcerned, adding: ‘Donnan explained… the officers were absolutely fine with it.

‘They said they would have to pass it on to the care team but they thought he was doing a great job.’

Alicia was called by children’s services about the incident and said it had left her upset and embarrassed. She said: ‘I was shocked, I’ve never had police at my door.

‘We’re really proud of Donnan – they should be praising him for doing something like this when we’ve got children causing havoc on the streets.’

She continued: ‘He was only doing it for an hour after school each night before he came home to get his tea. It’s just round the corner.’

She added the manager at Tesco made sure staff kept an eye on him and they had her phone number. 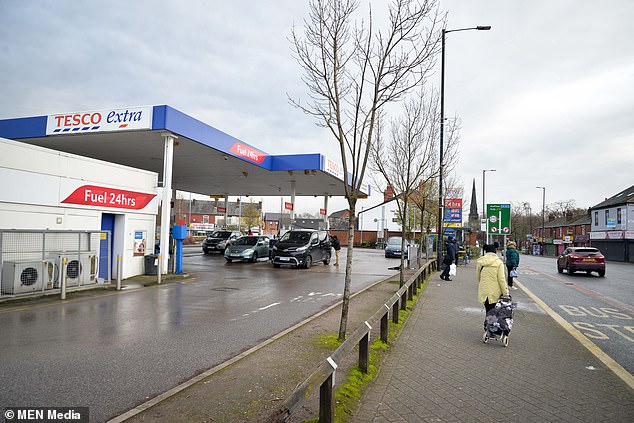 Alicia said it was a member of staff at the school who told on Donnan when they had visited the petrol station.

She claimed another teacher also pulled the boy out of a class last week to ask him what he was doing.

Alicia said she had seen the man at the school gates the next day and thought the case was closed.

A spokesman for GMP said: ‘In January 2022, police received a report of concern for the welfare of a child in the Gorton area.

‘Officers attended the child’s home address and completed the necessary checks and paperwork.’

Suzanne Walker, headteacher at Sacred Heart Primary School, said: ‘We take the health and wellbeing of our pupils both in school and out very seriously and it is our duty to seek further advice and guidance if concerns are raised with us about the welfare and safety of any of our pupils.’

A Manchester City Council spokesman said: ‘Whilst it wouldn’t be appropriate for us to comment on an individual child’s circumstances, we would of course always want to reassure ourselves that appropriate measures were in place to ensure a child or young person’s safety and welfare at all times.’

A Tesco spokesman said: ‘When our colleagues heard that Donnan wanted to raise some money to buy his little sister a Christmas present they were very touched and they made sure he was safe at our store.’