By Sam Greenhill for the Daily Mail

She can pull herself up by the fingertips of one hand and conquer rocky overhangs with ease.

Now Shauna Coxsey is hoping to scale new heights by winning a medal at Tokyo 2020, where climbing has become an Olympic sport for the first time.

And it is thanks to a daunting homemade climbing wall in her basement that she is ready to show the world her skills. 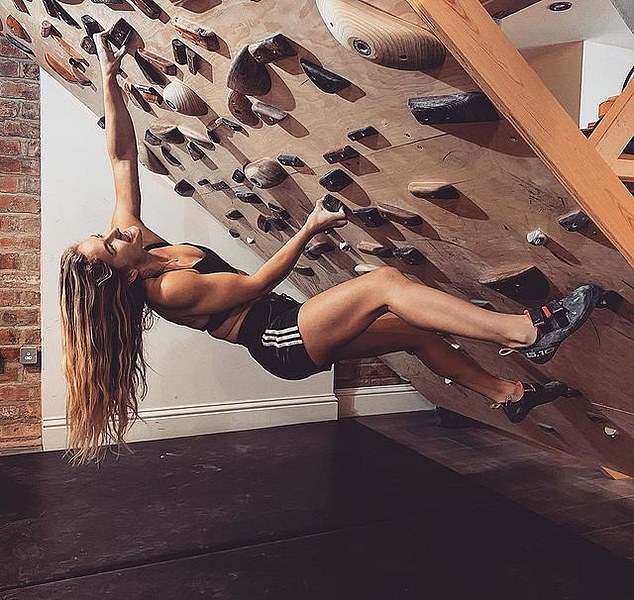 Shauna Coxsey, pictured, was practising rock climbing during lockdown in her basement. Her husband, Ned Feehally, is a fellow rock climber 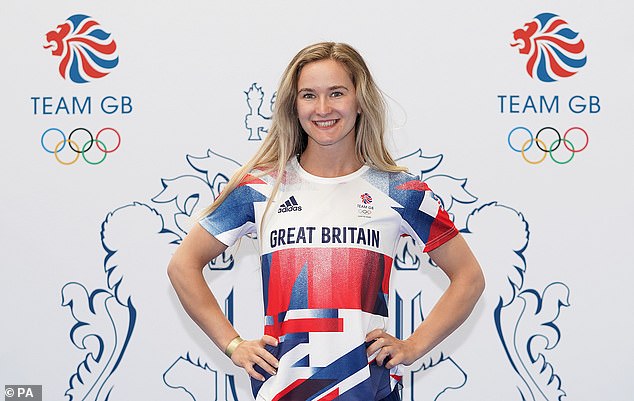 Ms Coxsey, pictured, is representing Team GB in the Olympics in Tokyo where rock climbing has been added as a sport 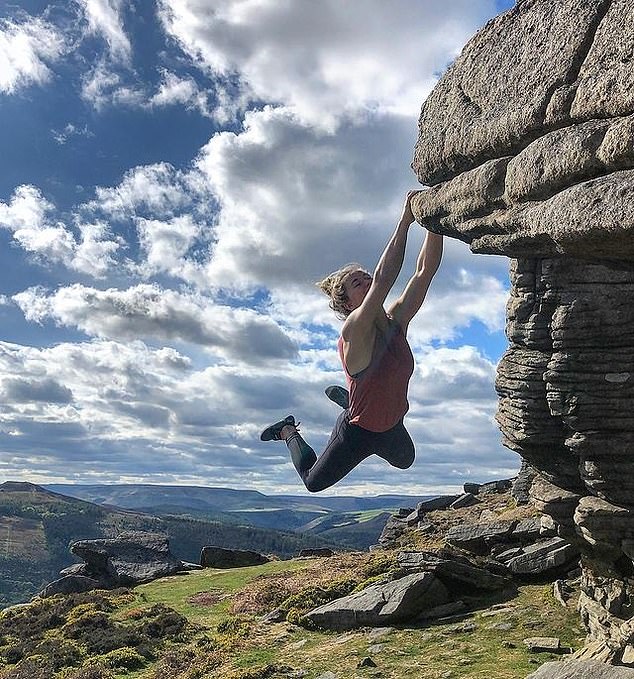 Ms Coxsey is the most successful competition climber in the UK

The 28-year-old spent lockdown hanging half upside-down on the steeply overhanging slope nicknamed the ‘beastmaker’. As the first ever Team GB climber, she has put in gruelling eight-hour practice sessions clinging to the wooden climbing holds.

And as if preparing for the Olympics was not enough, Miss Coxsey also had to plan her wedding which was postponed last year because of coronavirus.

She and her husband, fellow climber Ned Feehally, married a few weeks ago. The couple live in Sheffield where Mr Feehally constructed the wooden climbing wall in their basement, which his wife likens to a piece of modern art.

Speaking about her wedding, she told BBC Breakfast: ‘We had a really beautiful day, a really small ceremony with some family. It was very chill – he wore jeans and a T-shirt to the wedding, and we trained together on the morning.’

Miss Coxsey added: ‘I spend a lot of time hanging off bits of wood. Ned’s an incredible artist. He made all the climbing holds on the wall and I think it’s special to both of us. As much as it’s a training space, I think it’s really impressive and beautiful as well. We bought the house specifically to make that space a training area.’

The couple had planned to get married shortly after the original date for the Tokyo 2020 Olympics, which were postponed to this year because of the pandemic. 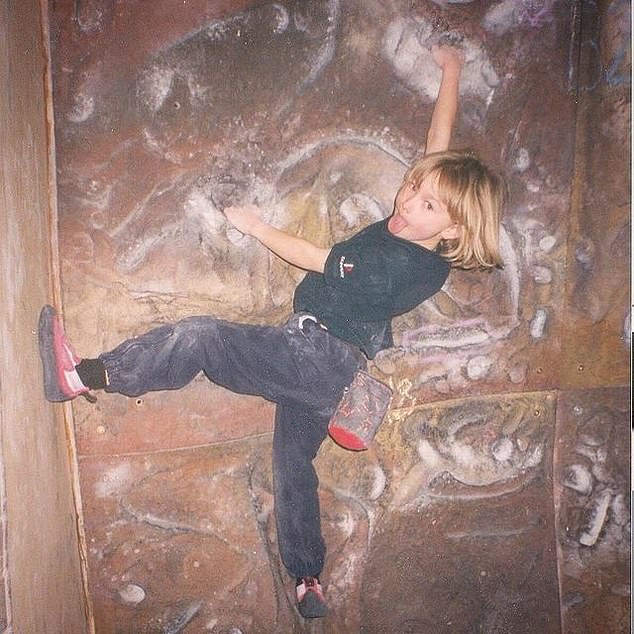 Ms Coxsey said she was inspired aged three by a documentary featuring French mountaineer Chaerine Destivelle and started climbing aged four. By nine, she had won her first national title

Runcorn-born Miss Coxsey said: ‘It was hard to adjust to the Games being delayed and we’d gone into lockdown. Then my wedding was cancelled on the same day – so it was hard.’

She was inspired aged three by a documentary featuring French mountaineer Catherine Destivelle, and at four she started the sport. By nine she had won her first national title, and she won gold at international world cup events in 2016 and 2017.

She is the country’s most successful ever athlete in the climbing sport, but to triumph at the Olympics she must practise relentlessly. She said: ‘If I train with Ned, he’s a lot stronger than me at certain things and me than him. So, we make up stuff for each other to train on our weaknesses.

‘We obviously built [the wall] before we knew anything about what the lockdown rules were going to be. Quite a lot of people said how lucky we were, and it did feel we were really privileged to be able to keep training.

‘It is going to be a historic occasion in Tokyo. Growing up, I watched the Olympics but I never dreamed of being there.’

Miss Coxsey added that her regime was not all hard work. She said: ‘I love sleeping – I sleep a lot. I’m really good at it. Sleep is incredibly undervalued in society.’

Sara Carter warns of Big Tech’s growing dominance: ‘This is a movement toward fascism’

Egypt records a continuous increase in daily injuries in Corona