Teenager, 19, is charged with manslaughter after the death of his 15-year-old sister during a summer holiday at a seaside caravan park in Wales

A 19-year-old man who is accused of murdering his 15-year-old sister at a busy seaside caravan site in Wales has, today, been charged with manslaughter.

Her brother Matthew Selby, from Ashton-under-Lyne, Greater Manchester, was accused of murdering Amanda Selby on July 31 at a caravan and has denied the charge.

During a short hearing at Mold Crown Court, Selby appeared via video link from Berwyn Prison in Wrexham, and prosecutors put an additional charge of manslaughter to him.

In response to the additional charge, Selby replied: ‘I can’t understand.’

Judge Rhys Rowlands said he should be produced in person at the same court on February 7 so he can formally enter a plea. 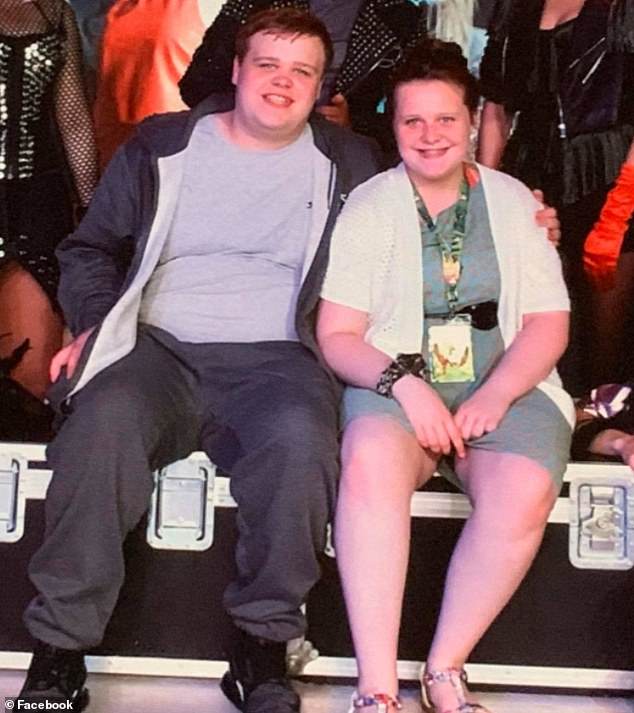 Matthew Selby is accused of murdering his 15-year-old sister Amanda (pictured together) while they were on a family holiday at a caravan park in Towyn, North Wales, last summer

Amanda Selby’s provisional cause of death was outlined during a short inquest hearing at Ruthin, North Wales, in August last year.

Coroner John Gittins said North Wales police had been alerted by the ambulance service after they were called to an unconscious girl who had stopped breathing.

The schoolgirl, of Penrith Avenue, Ashton-under-Lyne, Greater Manchester, was declared dead by paramedics at 4.15pm and identified by her father Anthony Selby.

Home Office pathologist Dr Brian Rodgers had given a provisional cause of death indicating it was due to asphyxia as a result of neck compression and external airway obstruction and crush asphyxia.

The inquest, which will determine the circumstances surrounding her death, was adjourned after a brief hearing pending the outcome of the criminal proceedings.

In a statement released by North Wales Police, Amanda’s family said: ‘Amanda was a loving daughter and granddaughter – she was caring, thoughtful, liked to help others and very much loved. She will be very sadly missed.’ 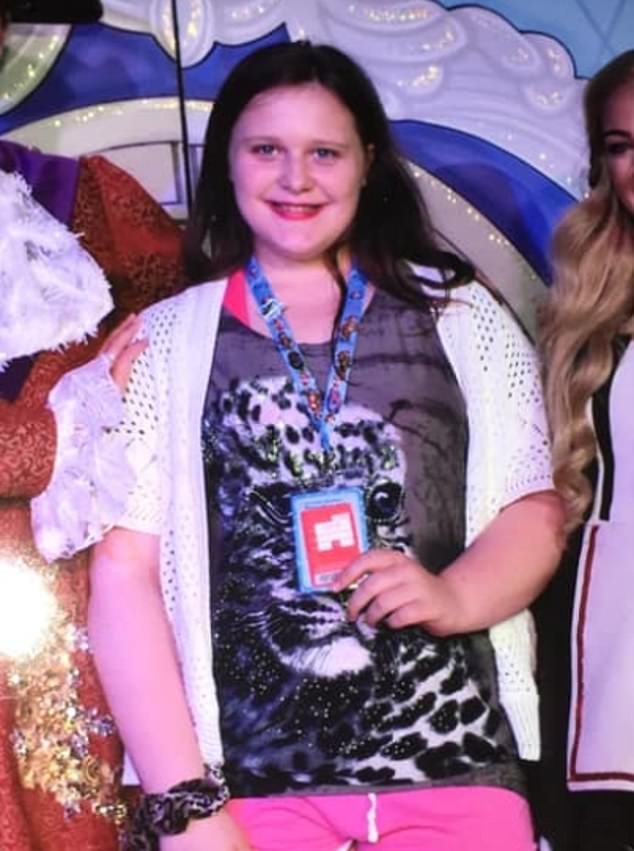 The schoolgirl (pictured), from Ashton-under-Lyne was declared dead by paramedics at 4.15pm and a provisional cause of death was given as asphyxia as a result of neck compression 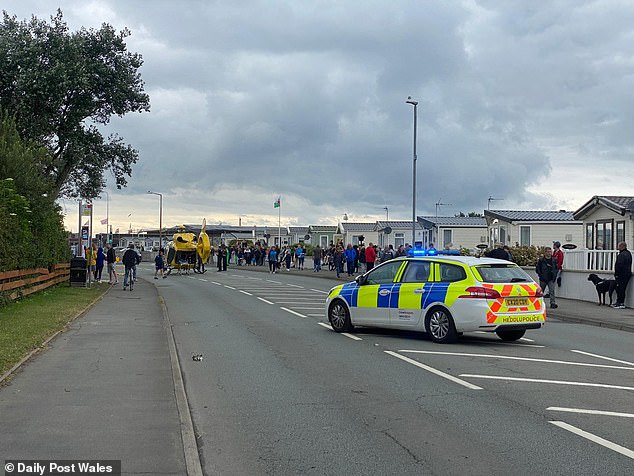 Her school, Droylsden Academy, posted a message on its website which said: ‘Our school is saddened to have received the tragic news that one of our students, Amanda Selby in Year 10, has lost her life whilst on holiday with her family in Wales.

‘Our deepest sympathies and thoughts are with Amanda’s family at what is an incredibly difficult time. Our school family is devastated by this awful news. Amanda was a lovely student and she will be sorely missed by students and staff.

‘Clearly, many members of our school community will be affected by this loss and we will be offering support to those who need it in the weeks and months ahead.’

It added: ‘We will also plan a tribute when the time is right so that we can remember all that Amanda brought to our school.’

A provisional trial date of February 28 was set when Selby appeared in court by video link from HMP Berwyn for a 15-minute hearing last year.

An order made under Section 45 of the Youth Justice and Criminal Evidence Act 1999 to ban the naming of the victim was lifted by the judge.