Teenage boy, 16, raped 11-year-old girl at house party and fled to Slovakia while on bail

A teenage boy of 16 raped an 11-year-old girl at a house party and fled to Slovakia while on bail after his mother managed to apply for emergency travel documents – despite the fact police had seized his passport, a court has heard.

Marek Slepcik stripped off his victim’s clothes and attacked her at a house in Kensington, Liverpool, in July 2016 after she had spent the day drinking vodka in a park with friends.

Slepcik, who is now 20, was arrested and had his passport seized less than two weeks later.

He was bailed and interviewed a second time in October 2016, but then fled to Slovakia while still on bail the following year after his mother managed to acquire emergency travel documents for him.

A European Arrest Warrant was executed on March 3, he was detained in a Slovakian prison until he was extradited to the UK on July 27.

This week Slepcik, now 20, admitted to raping a child under the age of 13.

He was sentenced to four years and 10 months in a young offenders’ institute – avoiding prison due to his age at the time of the offence. 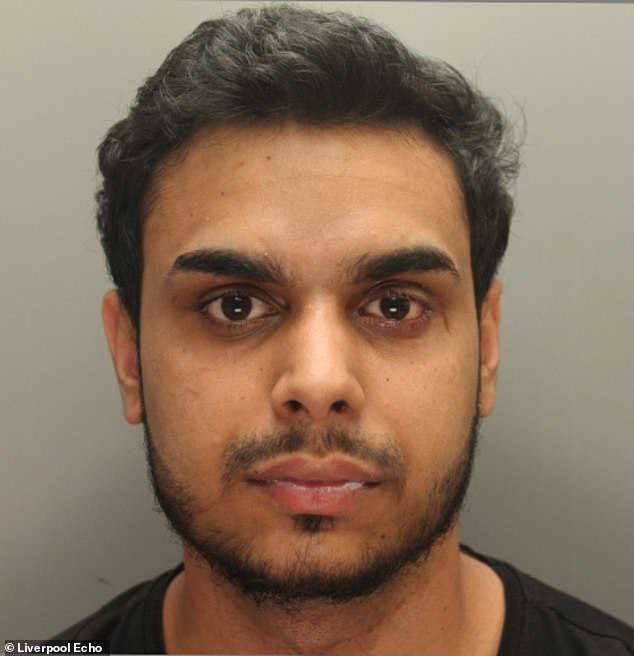 Marek Slepcik, 20, fled to Slovakia with the help of his parents while on bail for raping an 11-year-old who was drunk on vodka at a house in Kensington, Liverpool, in 2016

A judge at Liverpool Crown Court heard how Slepcik’s victim sneaked out of her home and met friends at Newsham Park in Fairfield in 2016 and drank vodka before they were joined by Slepcik.

Another boy, 17, bought more alcohol, before taking the group to an empty house he had a key for in Kensington to continue drinking.

Once there Slepcik stripped the drunk child half naked despite her protestations and raped her, before leaving her crying and in pain.

Slepcik, of Fairfield, was arrested days after the 2016 attack, had his passport seized by police after an interview, and was released on bail.

However, Martine Snowdon, prosecuting, said in 2017, he ‘through his mother applied for emergency travel documents, asserting that he had lost his passport, and left the UK and went to Slovakia’.

During sentencing Judge Andrew Menary said: ‘If you had been an adult and travelled on your own I would have regarded this as a significant aggravating feature.

‘But it seems your parents are to be blamed for that act rather than you and they should be ashamed of what they did because it’s not served you well.’

A European Arrest Warrant was executed in March this year and he was dragged back to the UK on July 27, having spent 145 days in jail in Slovakia.

The now 20-year-old appeared at Liverpool Crown Court via video link from prison, having admitted raping a girl under 13.

The girl said she had never met Slepcik before that afternoon and he hadn’t been drinking, but she had five or six drinks of vodka from a bottle and on a scale of drunkenness from 1 to 10, described herself as being 10.

They reached the house in Thornes Road, Kensington, at around 7pm and she was alone downstairs with Slepcik when he said ‘take your jeans off now’ and she said ‘no’.

Ms Snowdon said Slepcik hugged and kissed her before he undressed her, pulled her down onto a bed and raped her, then left.

The next day at school, the victim told teachers what happened and the police were contacted, who interviewed the girl and took swabs from her.

Slepcik was arrested at Liverpool Airport in 2016, when returning from Dublin with his dad, and responded: ‘I didn’t do it.’

When interviewed he denied any sexual contact with the girl, but forensic results showed his semen in the swabs.

She said the Crown conceded she may have looked older than 11, but Slepcik would have known she was ‘younger than him’. 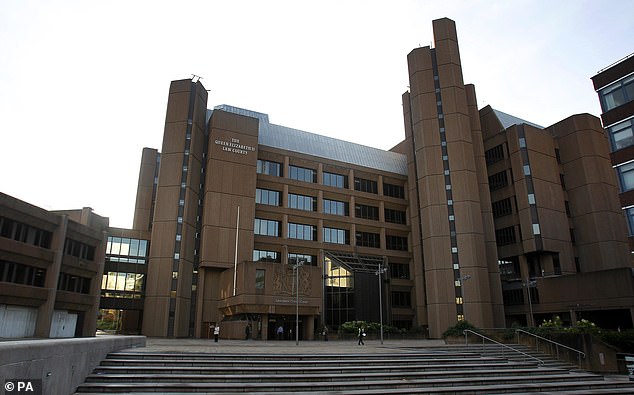 Liverpool Crown Court heard how Slepcik’s victim had suffered since the attack, and how his parents’ decision to take him back to Slovakia had caused ‘considerable delay’

Ms Snowdon said: ‘She describes in her statement difficulty in trusting people, being badly affected in terms of her levels of concentration and therefore her school work being badly affected, suffering with problems sleeping and feeling depressed, and feels that there has been a significant change in what was a happy childhood without problems.’

Christopher Stables, defending, said Slepcik had never met the girl before, was then a child himself and it was ‘his first experience of any kind of sexual matter’.

Mr Stables added: ‘He is remorseful and accepting of his responsibility and readily becomes upset when discussing this case.’

The judge said: ‘She was in fact an 11-year-old child in a strange house with a strange young man to her and was very significantly affected by alcohol, albeit alcohol consumed by her.’

Judge Menary told Slepcik the girl’s life had been difficult since and there was ‘considerable delay’ in the case being resolved because his parents in breach of bail took him back to Slovakia.

Judge Menary said sentencing guidelines stated there must be a reduction in his sentence because of his age at the time.

He said: ‘You knew full well what you were doing, knew it was plainly wrong and that she was significantly younger than you and underage, and you took advantage of her and her state of drunkenness.’

Judge Menary sentenced Slepcik to four years and 10 months in a young offenders institution and said he must sign on the Sex Offenders Register indefinitely.