Rock climbers have been left ‘traumatised’ after watching on in horror as a teenager fell to his death at a popular mountain range.

The 18-year-old man fell while climbing Mt Ngungun, the sixth-tallest peak in the Glass House Mountains in Queensland‘s Sunshine Coast hinterland, on Saturday. 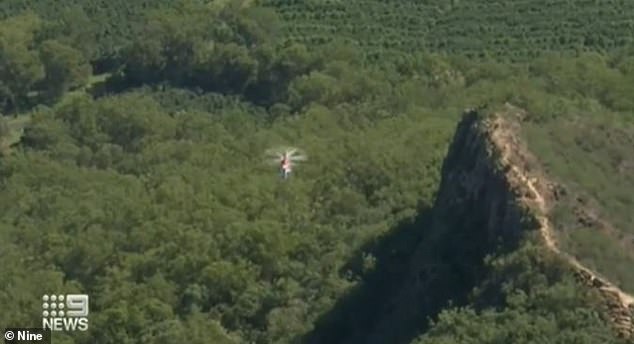 An 18-year-old has died after falling 40metres at Mt Ngungun in in Queensland’s Sunshine Coast hinterland on Saturday (pictured, the recue operation)

Sunshine Coast Senior Sergeant Jimmy Driver said it was a ‘harrowing’ incident witnessed by others.

He said the coordinator of a nearby rock climbing group provided first aid to the man before paramedics arrived.

‘The mountain this afternoon was extremely busy. It was a harrowing event,’ the officer told The Courier Mail.

‘People were shaken and traumatised by the incident which occurred well in view of multiple people.’

Martin Worth, who has been climbing for more than three decades and was at Mount Ngungun on Saturday morning, said while he did not witness the incident, the teenager was an experienced climber.

Mt Ngungun was closed for the afternoon while emergency services worked to recover the teenager’s body. 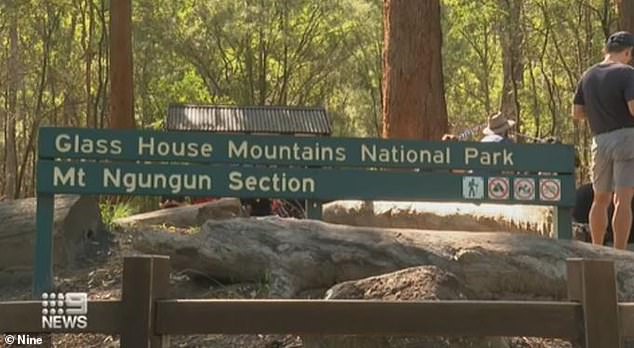 Mt Ngungun, the sixth-tallest peak in the Glass House Mountains, was closed while the man’s body was recovered