A teenager who is fighting for life made a heartbreaking call for help after he was stabbed in the leg in a suspected random attack.

Bailey Alcock, 16, was walking with his friend in Kincumber, on the NSW Central Coast, at about 1pm on Monday when he was ambushed.

The stabbing caught the attention of on-call firefighter Peter Kersenboom, who was at home when he heard the teenager scream, The Daily Telegraph reported. 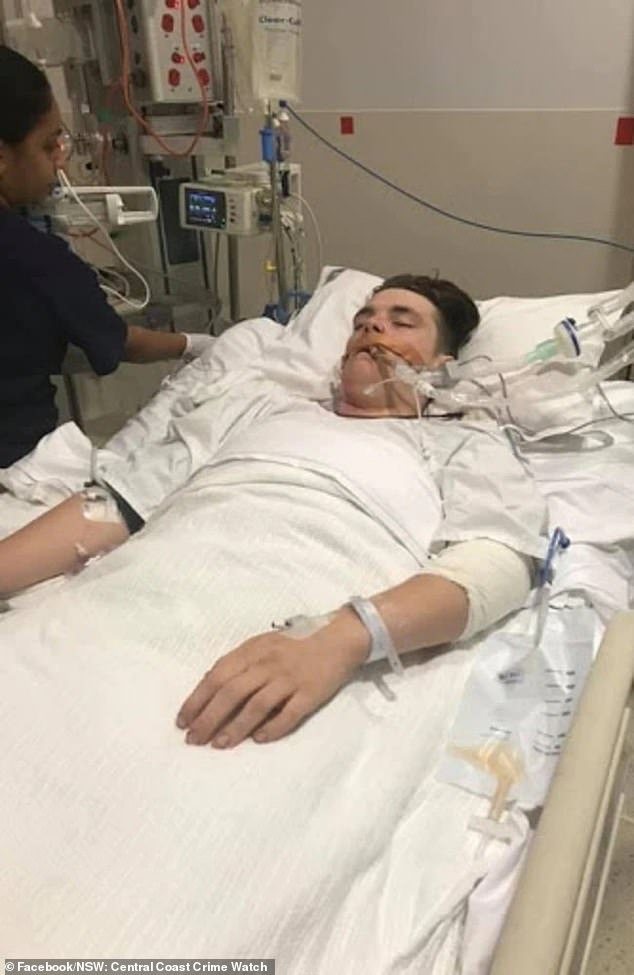 ‘He was terrified, he was in complete shock, I heard a yell outside my house and saw the young bloke keel over, he was screaming, ”help I’ve been stabbed”,’ the 53-year-old said.

Mr Kersenboom rushed outside and tried to tend to Bailey’s bloodied wound.

‘He was very disorientated, he’s only 16, his friend said someone had stabbed him and ran off,’ he said.

‘He was scared and asked if he could call his mum. He asked me, ”Am I going to die?” I told him not to worry, he was going to be all right.’

Bailey was driven to a CareFlight rescue helicopter at Hylton Moore Oval where he was then taken to Sydney’s Royal North Hospital. 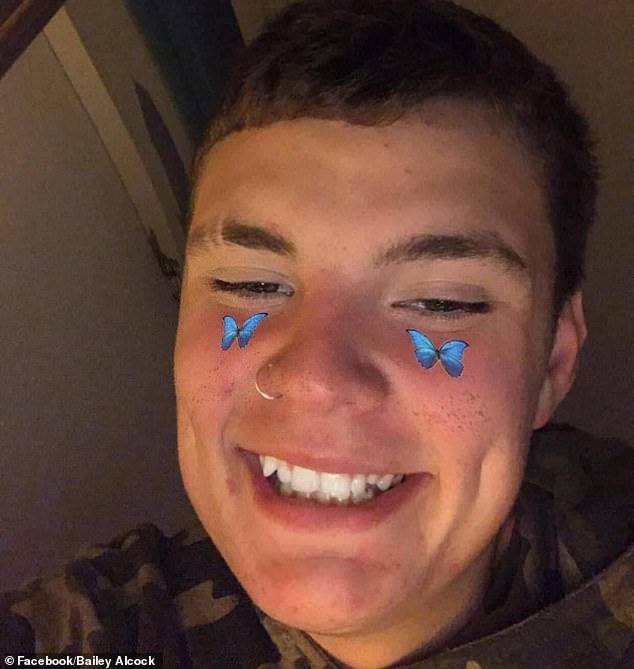 The 16-year-old was walking with his friend in Kincumber, on the NSW Central Coast, at about 1pm on Monday when he was attacked

The teenager is in a critical condition and an induced coma.

His mother Karen Harmer shared a photo of her injured son from beside his intensive care hospital bed.

‘This is my son Bailey he was stabbed at Kincumber today,’ she wrote to a Facebook group alongside the picture.

‘If you know anything please help us find the person to did this to him.’

Ms Harmer said her son has already had one operation and he has another booked for Wednesday.

NSW Police said the attack ‘appears to be random’.