Teignmouth toasts to the Simmonds brothers after their Champions Cup triumph

Teignmouth toasts to the Simmonds brothers with their Champions Cup triumph helping proud local club raise £1,500 behind the bar

The Simmonds brothers had the whole of Teignmouth RFC toasting them on Saturday night – and helped the club make £1,500 behind the bar after Exeter’s sensational European Cup win.

And Sam, 25, is now European Player of the Year having started his rugby down on the Devon coast too. 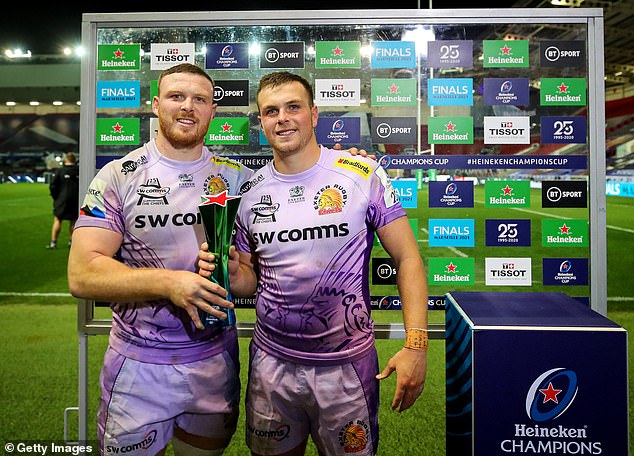 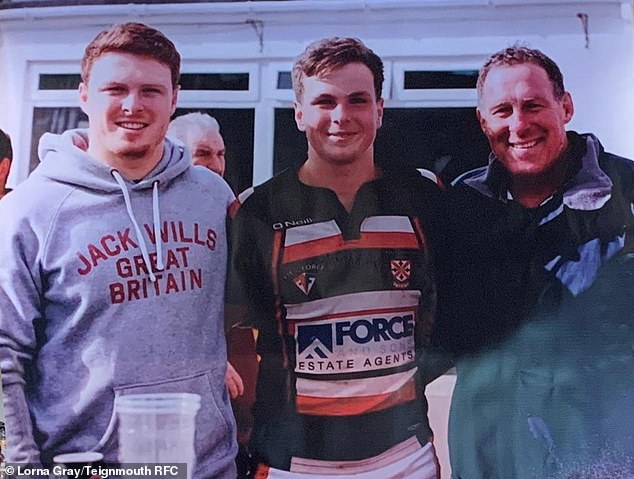 Joe, the youngest of the siblings, is pictured six years ago with his brother Sam and dad David

The pair’s exploits at Ashton Gate had all at Bitton Park roaring and chairman Russell Sowden spoke of his pride in the Teignmouth tyros.

‘We were at our maximum capacity with all the COVID controls, so had 55 people in the clubhouse, and it was absolutely manic,’ said Sowden.

‘We managed to take £1,500 over the bar on Saturday, which helps in these times. Unfortunately we had to kick everyone out at 10pm, but we will have a proper celebration with them soon!

‘Some of the boys who know him well put a load of posters up of Sam and Joe together in different eras, and one of them with their dad, David, down at the club. 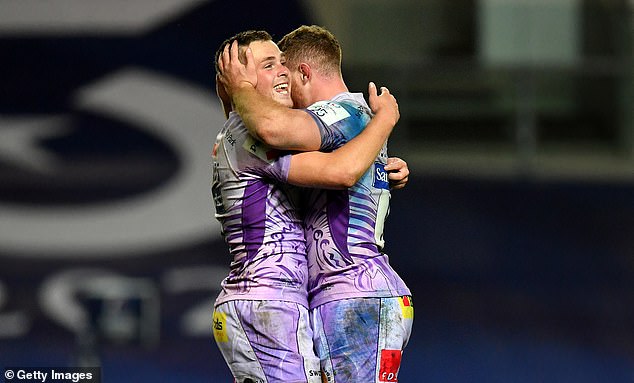 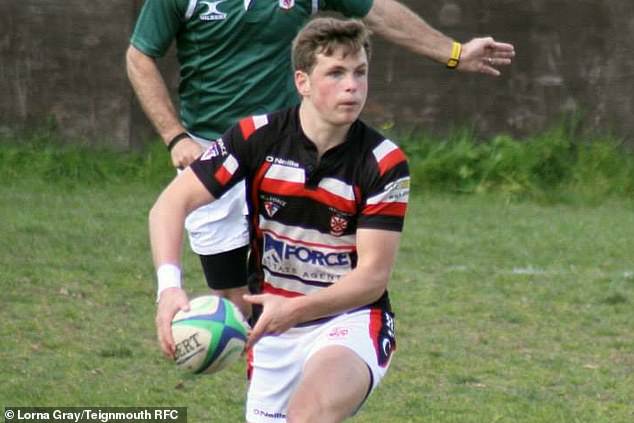 ‘We had a Simmonds themed day and it was mad – particularly when Joe decided to take that penalty at the end.

‘I was there thinking “go for touch and run the clock down!” but he went for it and backed himself.

‘Everyone was cheering, and we’re all made up for them.’ Teignmouth can now say they have developed two European Cup winners and are in celebratory mood.

‘We managed to get Joe to play senior rugby for us for two season without Exeter realising,’ revealed Sowden.

‘He was 17. As soon as we could get him in we did as he was absolutely class. 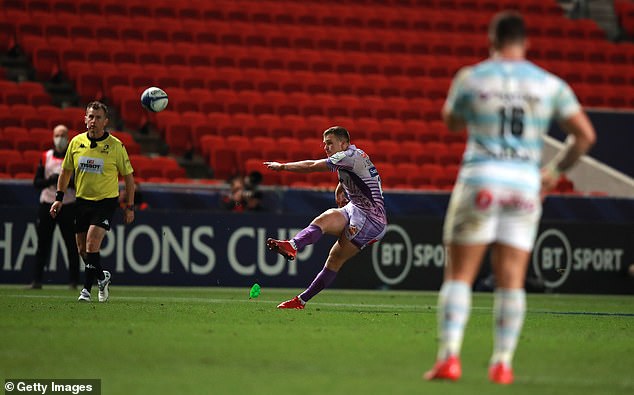 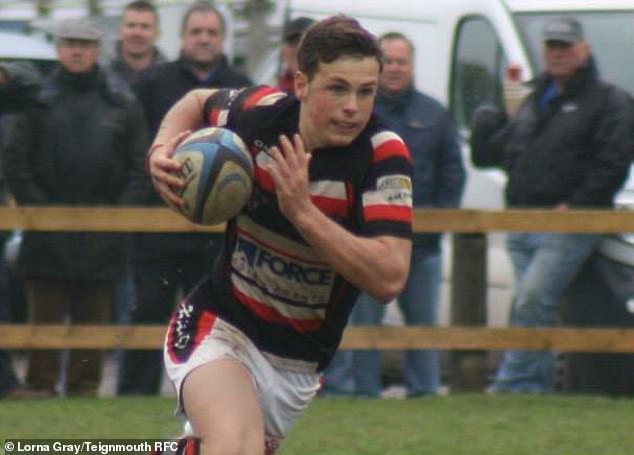 Joe’s rise to stardom, with his brother, has seen them go on to become European champions

‘It’s so typical of Rob Baxter to back him as a quiet leader. At 17 he was quiet too, but commanded respect because of the quality of his work.

‘Sam’s old coach Graham Pattison is not one to take the limelight, but is a solid life-time rugby player and fan. Sam was a centre for us then!

‘The Chiefs have built such a good relationship with the local clubs – it’s just great how they back us and we support them by giving them our top talent!

‘All of this coming so early, so young for them, and seeing Sam so happy for his brother is brilliant to see.

‘Any opportunity when they’re not playing and we’ve got senior rugby on, they come down. They come to junior prize-givings and are very generous with their time. 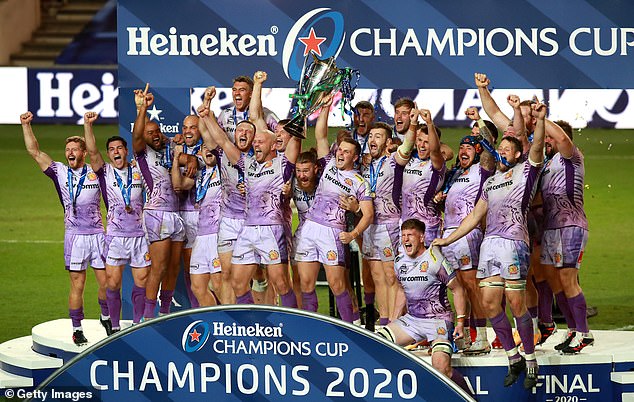 ‘It would be brilliant for them to do the Double, and I’ve got some ideas to do a fund-raiser down here with them down the line.’

Teignmouth RFC is already fully booked for round two – this Saturday’s Premiership Final against Wasps – as they look for their boys to complete the Double.

‘I can only imagine how surreal it is for those lads, as they are such well-grounded local boys,’ Sowden said.

‘All their Christmases have come in one go, and they still have another final to play!’

Congratulations You Are A Winner