Tempting as it is, I fear enforcing jabs would backfire


Good neighbourly relations are essential to a civilised existence. This, at least, is what I told myself when two of our nearest neighbours complained last week about their dreadful experiences having recently contracted Covid-19.

Both were felled for several weeks: one was convinced he was going to die.

I found it hard to show sympathy, though, and difficult not to express exasperation. The reason for my hard-heartedness, as you will probably have guessed, is that both of these neighbours — whom I like as individuals — had refused to take the vaccine.

My patience was even more tested when they both separately declared to me that, despite their experiences, they would still not take the vaccine.

Admittedly, neither had actually been at death’s door; nor had they required such unpleasant hospital treatment as ventilation in an induced coma.

But as the prospect rises of operations being cancelled, with NHS beds taken up by the rapidly growing numbers of people requiring hospitalisation for the latest variant — of which a hugely disproportionate number are the unjabbed — the public’s demand for vaccination to be mandatory will become more insistent. 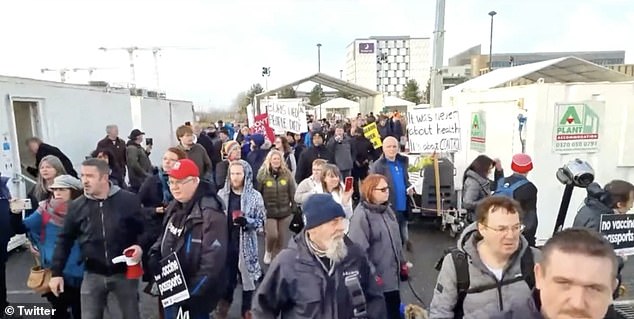 My patience was even more tested when my neighbours both separately declared to me that, despite their experiences, they would still not take the vaccine. Pictured: Anti-vaxxers protesting  at a Milton Keynes test centre

Indeed, in a Mail on Sunday/Deltapoll survey conducted last week in the vital 57 parliamentary seats captured from Labour by Boris Johnson’s Tories in the 2019 election, the question ‘Do you support compulsory Covid vaccination?’ gained an almost two-to-one margin of support (57 per cent versus 31 per cent).

That majority in favour of compulsion is only likely to increase if thousands of operations are cancelled in hospitals inundated with unvaccinated Covid sufferers.

Mandatory vaccination would not mean a barbarous and unfeasible policy of physically forcing people to be injected. It would instead be similar to that which is being introduced next month in Austria, where criminal fines of up to ¤3,600 will be imposed on anyone over the age of 14 who refuses to be vaccinated.

The reason for this draconian measure is that the Austrian population has a very high proportion of vaccine opponents — an estimated one in six adults has refused to roll up their sleeves — and its hospitals are at crisis point.

The effect of low vaccination rates in Europe is perhaps clearest in Bulgaria, where more than a third of the over-65s have had no anti-Covid jabs. The country’s ‘excess deaths’ in 2021 — that is, the increase over the five-year mortality average pre-Covid — would, if applied to a country with the UK’s population, equate to more than half a million fatalities. 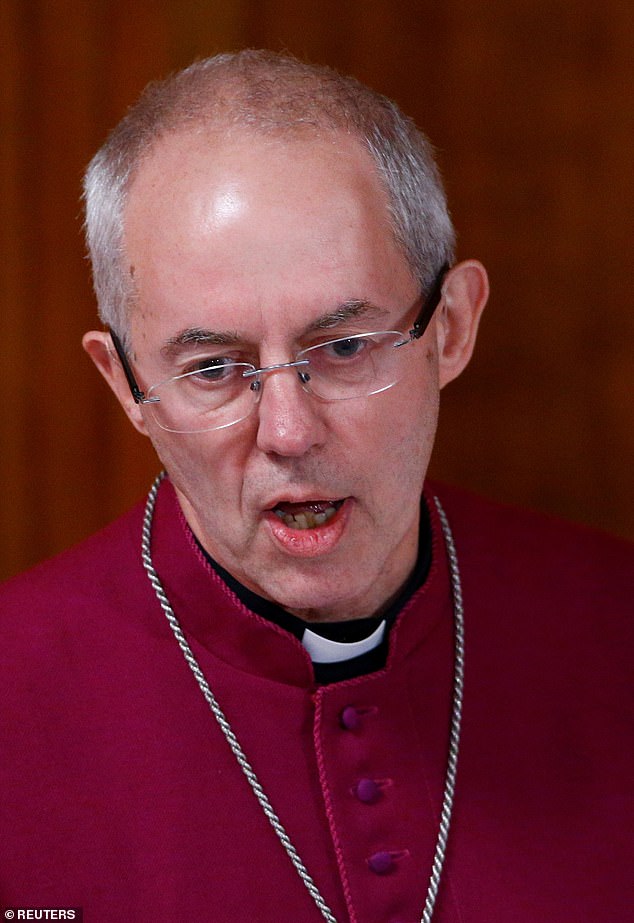 On December 23, the Archbishop of Canterbury, Justin Welby (pictured), invoked Jesus’s injunction to ‘love thy neighbour’ in urging those 6 million to change their minds

Fortunately, not only did the UK Government roll out the fastest vaccination scheme of any European country (and now the fastest ‘booster’ delivery apart from tiny Iceland), the vast majority of the British people were grateful for this remarkable public health programme.

But there remain about 6 million people who, like those near neighbours of mine, are adamantly against it. On December 23, the Archbishop of Canterbury, Justin Welby, invoked Jesus’s injunction to ‘love thy neighbour’ in urging those 6 million to change their minds: ‘Vaccination reduces my chances of getting ill, [which] reduces my chances of infecting others. It’s very simple … it’s how we love our neighbour.’

In other words, he was accusing the wilfully unvaccinated of selfishness, in endangering not just their own lives but those of others. However, I don’t think that Welby is so widely admired a spiritual figure that his pre-Christmas message will, so to speak, move the needle. 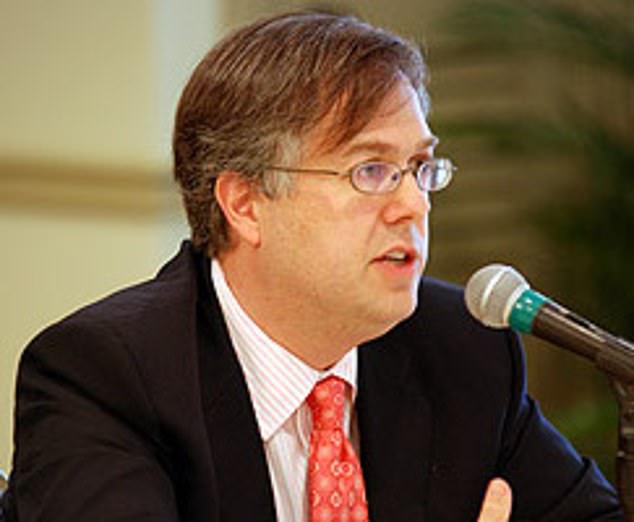 On the other side of the pond evangelical Christians have been influential in dissuading their followers from being vaccinated. This has been denounced by one pro-vaccine Christian columnist, The Washington Post’s Michael Gerson (pictured)

But on the other side of the pond — and of the argument — evangelical Christians have been influential in dissuading their followers from being vaccinated.

This has been denounced by one pro-vaccine Christian columnist, The Washington Post’s Michael Gerson: ‘They show not radical generosity but discreditable selfishness …This is heresy compounded by lunacy.’

However, the biggest victims of this are these preachers’ own congregations, disproportionately culled by the pandemic. Not to mention the televangelists themselves, who have generally dismissed the risks of Covid as part of their ridiculing of the need for vaccines.

Marcus Lamb, the 64-year-old founder of the Christian TV network Daystar, died of Covid at the end of November.

His network had lambasted the vaccines for, among other things, ‘killing your immune system’. His son, Jonathan, who also broadcasts on Daystar, said that his father’s Covid infection had been caused by ‘a spiritual attack from the enemy’.

There has been a great deal of gloating about these deaths on social media — which is not a good look. 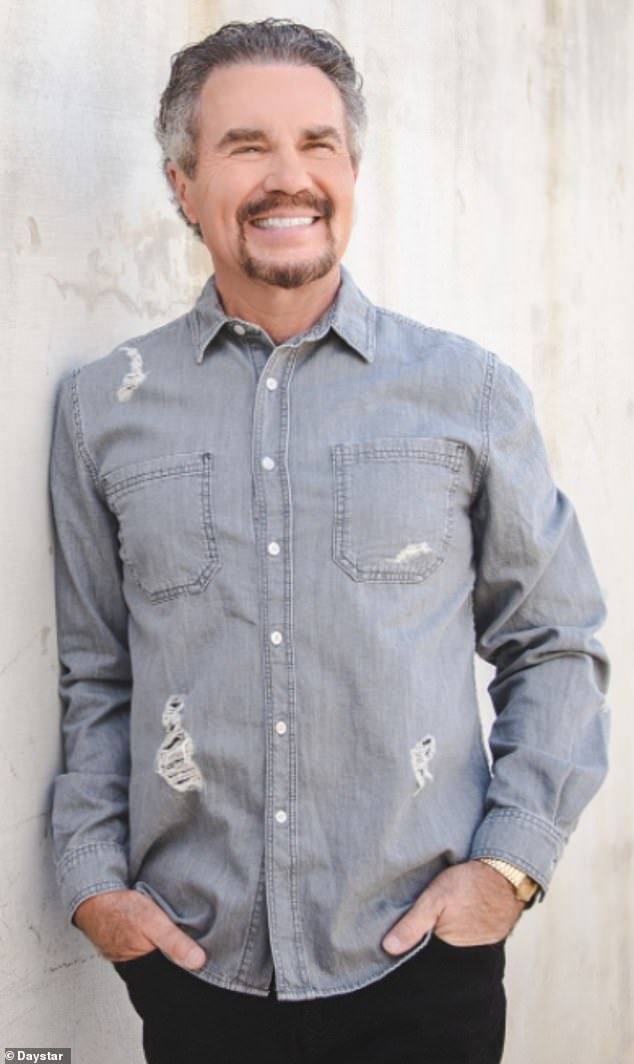 Marcus Lamb (pictured), the 64-year-old founder of the Christian TV network Daystar, died of Covid at the end of November

But one can respectably argue that such deaths inadvertently comprise a more salutary public health warning than anything the official authorities put out.

Especially if the anti-vax broadcasters recant on their death bed, as Dick Farrel did. A friend and follower of his, Amy Leigh Hair, declared via Facebook that he had texted her in his final days, urging her to get vaccinated: ‘He is the reason I took the shot! He said: ‘I wish I had gotten it!’ ‘

These characters are associated with the ultra-conservative libertarian movement — a phenomenon much less powerful in this country. 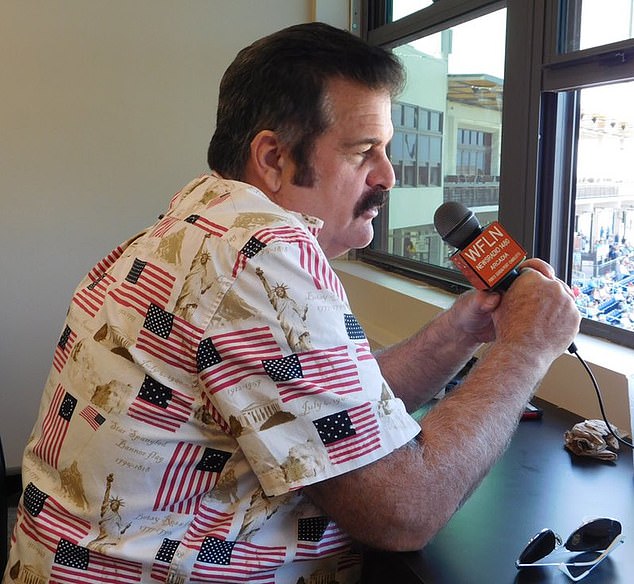 Anti-vax broadcaster Dick Farrel (pictured) recanted on his death bed. A friend and follower of his, Amy Leigh Hair, declared via Facebook that he had texted her in his final days, urging her to get vaccinated

Here, the most prominent anti-vax campaigner is Piers Corbyn, brother of the former Labour Party leader Jeremy and himself a one-time Labour councillor.

Last week, followers of Piers Corbyn stormed a coronavirus testing centre in Milton Keynes, abusing staff and volunteers, before stealing some of the equipment. That, obviously, is a criminal offence, and presumably charges will follow.

But however deranged Piers Corbyn’s claims — and however discredited he is after being exposed as happy to take what he thought was £10,000 in bank notes in return for not attacking the AstraZeneca vaccine, having been duped by pranksters — I don’t believe his anti-vax proselytising should itself be made illegal.

Here, the most prominent anti-vax campaigner is Piers Corbyn (pictured), brother of the former Labour Party leader Jeremy and himself a one-time Labour councillor

He was arrested under the Malicious Communications Act for a pamphlet containing material appearing to compare the vaccine programme to the Auschwitz extermination camp. But to remove his freedom of speech on the matter entirely would only appear to justify the views of his followers that ‘the Establishment’ is imposing vaccination as part of some sinister experiment in mind control.

It is for a similar reason, among others, that I oppose compulsory vaccination — except as a condition of employment for patient-facing NHS staff.

It would augment the belief that the vaccine programme is an unjust imposition, rather than a welcome offer to a public desperate to escape from the fear of serious complications, or worse, from Covid.

Besides, many families are already suffering internal tensions over disagreement about the vaccines, without the prospect of criminal sanctions stirring that domestic pot even more viciously. 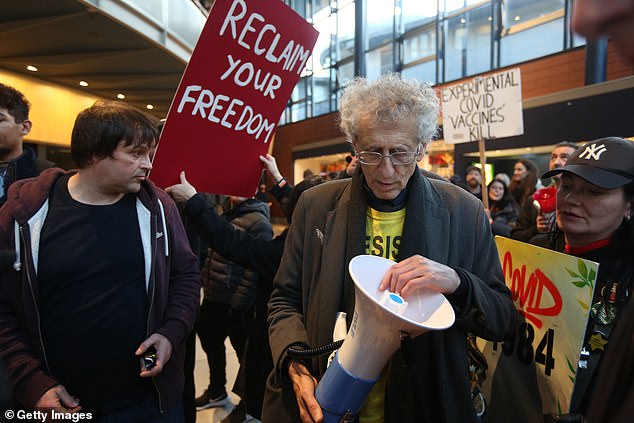 Attempting to make the vaccine mandatory would damage social cohesion more widely — as we have already seen with riots in Austria, and in Germany, where the same policy has been mooted by senior politicians in the government.

By contrast, no British political party is in favour of making vaccine-abstention illegal, even though the Commons did pass the measure making it necessary for NHS staff to take the vaccine if they wished to keep their jobs.

But this was hardly a break with precedent: the long-standing official guidance of the General Medical Council is that ‘doctors should be immunised against serious communicable diseases unless otherwise contraindicated’.

And, just from a practical point of view, what would happen if such a law were passed, millions were issued with fines — and millions refused to pay? Would they all be sent to prison? And if not (because there wouldn’t remotely be the space), then what would have been achieved?

Above all, though, I wouldn’t want to see my neighbours, or people like them, criminalised. 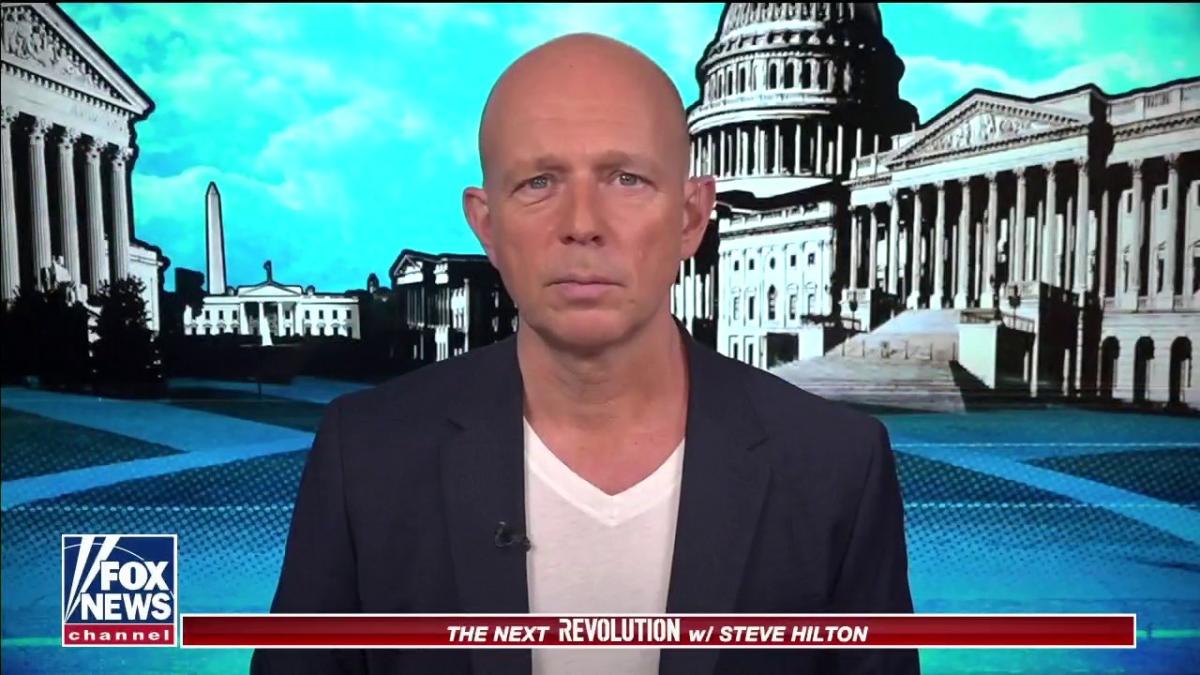 Mavericks 108-92 Pelicans: Doncic, without mercy on bottom Pelicans, leads the Mavericks’ third win in a row

Drivers to be banned from picking up mobile phones