A fight broke out at an Australia Day protest when an indigenous activist grabbed a man’s phone during an argument about the flag before punching him in the face.

Footage of the incident at an ‘Invasion Day’ rally in Sydney on Tuesday morning showed the two men in an argument before the activist grabbed for the phone of the other man who claimed to be recording a podcast.

‘That’s my phone,’ the man can be heard saying before attempting to take it back and wrestling the much larger activist, who swiftly uppercuts him and sends him to the ground.

Two police officers then stepped between the two men. 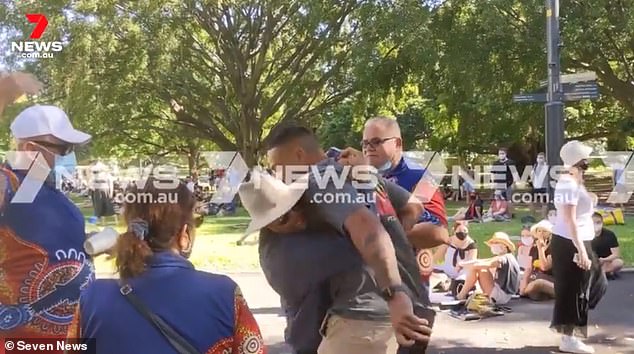 The podcaster (left) and the activist (right) were involved a heated argument before the activist took the man’s phone, prompting him to clumsily try to grapple the activist

The podcaster had been previously walking around the rally telling groups sitting on the grass that they should be celebrating Australia Day rather the protesting.

He then brought up the copyright issues surrounding the indigenous flag to one group – which sparked the altercation with the protester named Nathan, 7 News reported.

The Aboriginal flag is copyright to Luritja man Harold Thomas who created the yellow, red and black design in 1971.

The flag is licensed out, and anyone wanting to use the design is required to pay a fee.

Police, who were already present at the largely peaceful event, then quickly swarmed in – assisting the podcaster on the ground and attempting the calm the activist. 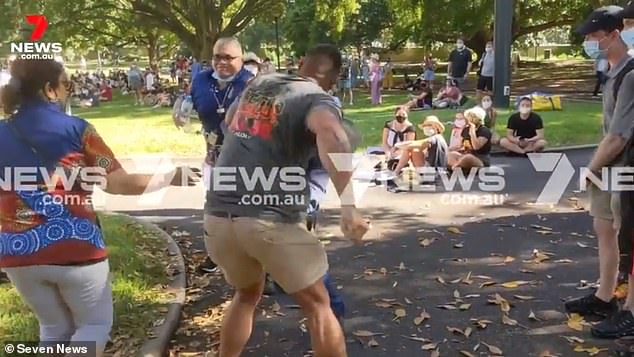 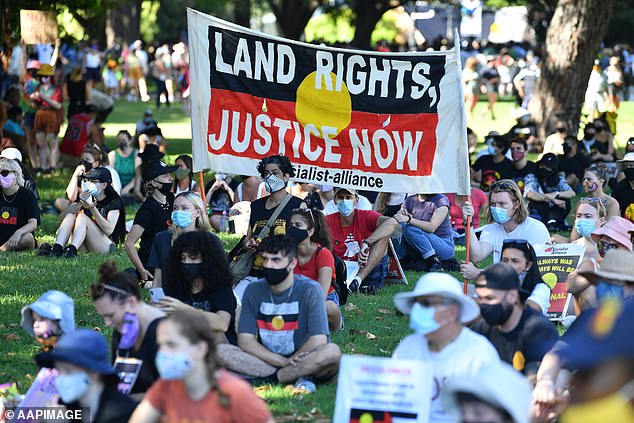 The ‘Invasion Day’ rally was held in Sydney on Tuesday morning with more then 7,500 people expected to attend (pictured)

Nathan, wearing a shirt with the Indigenous slogan ‘Always was, always will be’ written on it said the podcaster had been trying to provoke people.

‘(He’s) just coming to try to be a d******d… when you know it’s just meant to be a peaceful protest. It’s a hot day, people get hot under their hat anyways.’

The podcaster was escorted from the rally and advised by officers not to return.

There were reportedly no arrests made. 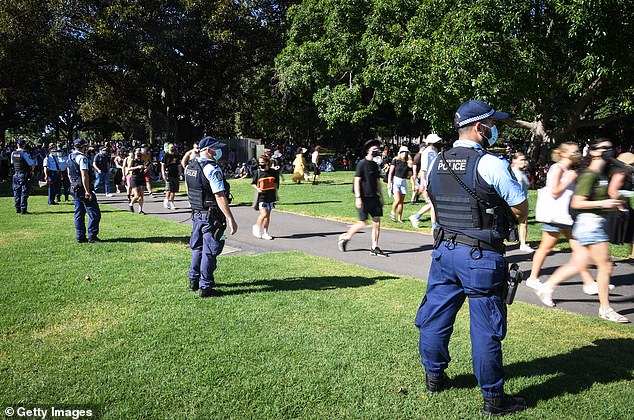 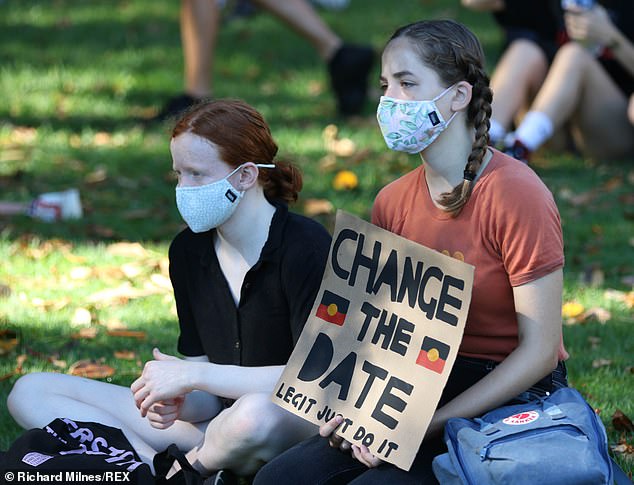 The protest in Sydney was one of a number organised in major cities.

The rallies called for Australia Day, commemorating the arrival of the First Fleet, to be abolished or the dates changed in recognition of First Nations people. 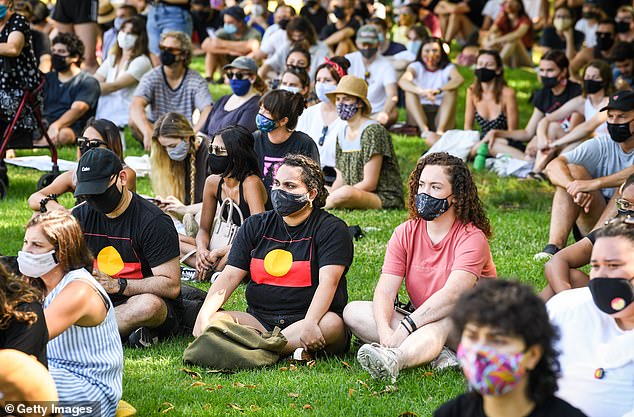 Similar protest were planned in other cities around the country (pictured: the Sydney protest)