A terminally ill teenager has handed over his £1,000 life savings to help a six-year-old boy he has never met to beat cancer.

Rhys Langford, 19, was diagnosed with neuroblastoma but celebrated a year of being cancer free before suspicious tumours were spotted by his family.

After learning his condition was terminal, he started fundraising for Jacob Jones, six, to potentially receive treatment in America, even donating £1,000 of his own money.

Rhys’s mum Catherine, 38, said the two boys are from the same South Wales Valleys town of Ebbw Vale but have never met. 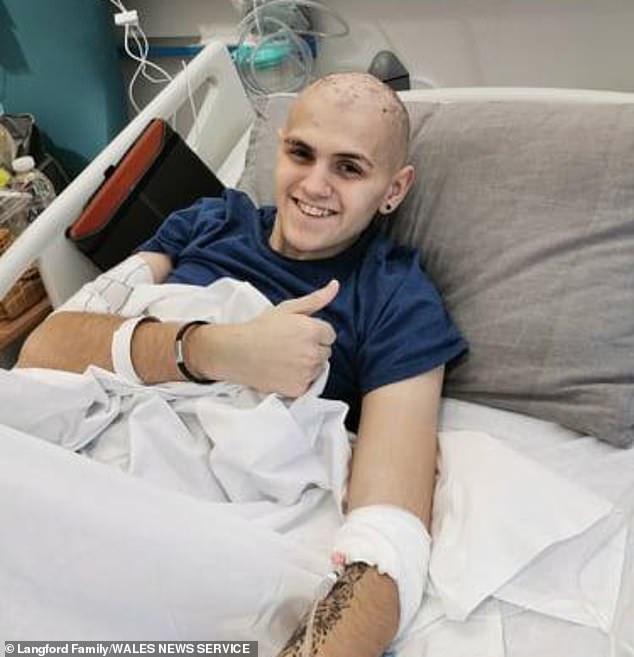 Rhys Langford (pictured) , 19, was diagnosed with neuroblastoma and celebrated a year of being cancer free before his cancer returned and he was told he was terminal

She said: ‘Rhys is bedridden now and he called me and asked me if I’d heard about Jacob, this little boy who was battling cancer again.

‘He said, “Mum, I want to donate some money to him. He’s six years of age and he’s been ill since he was two. I’d be over the moon if someone would save him”.

‘He said about how sad it was and asked if he could donate money for him to go back to America for more treatment.’

After privately sending Jacob £1,000 from his savings, Rhys decided that he wanted to set up a fundraising page, which has already generated more than £5,500.

Catherine said Rhys told her: ‘There’s nothing more they can do for me so if I can help save this little boy.’

She added: ‘Our hearts are breaking because we are losing our son but bursting with pride because considering his diagnosis he is thinking of other people.’

Writing on the fundraising page, Rhys said that one of his ‘last wishes’ is to help Jacob to fight the disease.

He wrote: ‘Reading about little Jacob and his own fight and his cancer relapse has really upset me. 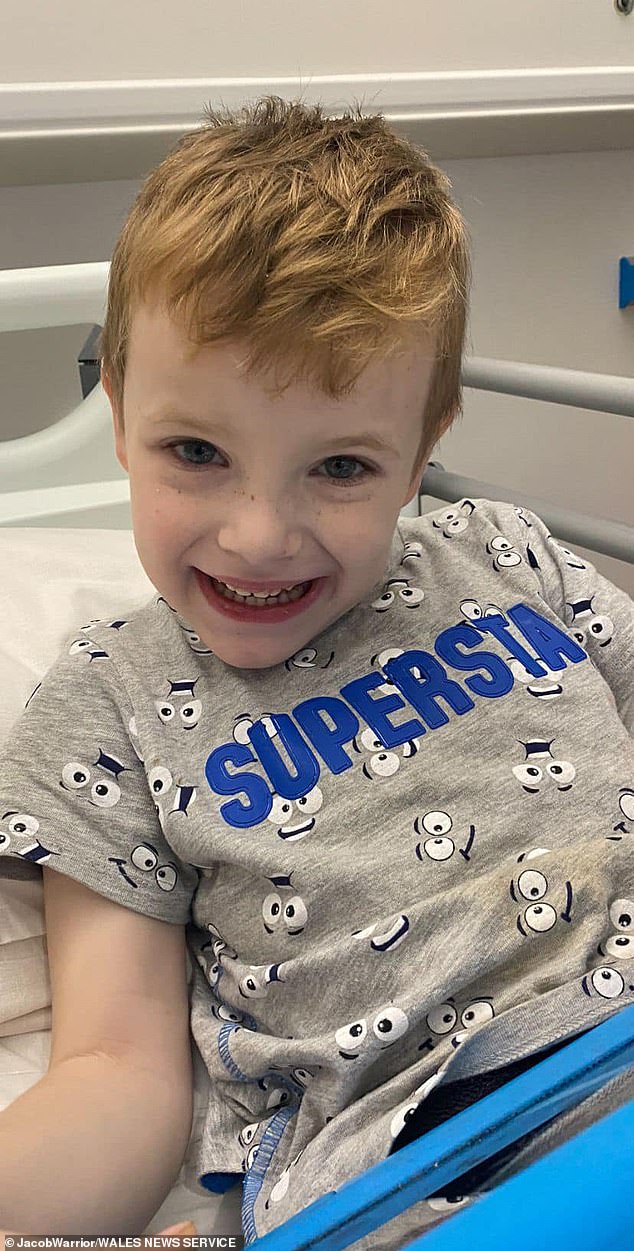 Rhys then started fundraising for six-year-old Jacob Jones (pictured), who has cancer, to potentially receive treatment in America, even donating £1,000 of his own money

‘I know nothing can be done for me now but as one of my many last wishes I would like to help Jacob and help him fight this awful disease.

‘I know what the treatments and awful drugs does to your body! It’s hell.

‘Jacob is now six and has been fighting this disease most of his life. It should not be this way!

‘Jacob’s family are looking to raise money again for treatment. I have transferred £1,000 to Jacob’s family privately but its still not enough.’

Rhys has spent 16 months battling bone cancer osteosarcoma and has had surgery to remove bones and muscle from his hip, bum and leg, and had gruelling bouts of chemotherapy.

Before falling ill, Rhys was a fit teenager who worked as a labourer and was a black belt in the martial art Krav Maga.

In August last year, Rhys was told he had beaten the disease – only for it to return in December, when he was sadly told he was terminal.

Meat Loaf, the singer of “Bat out of Hell” and “I’d Do Anything for Love”, has died at the age of 74