An alcoholic and abusive terminally-ill woman has been given a five-year restraining order after she turned her successful businesswoman wife into ‘shell of her former self’ after hounding her during a bitter battle over their crumbling marriage.

Susan Robinson, 61, had split up with 51-year old accountant Joanne Shaughnessy after trying in vain to stop her drinking heavily when she discovered she had incurable breast cancer.

But as Ms Robinson carried on running the couple’s care firm, Shaughnessy bombarded her with offensive messages and even turned up at their work premises  drunk and calling her a ‘c**t.’

In another incident she attended an office lunch for the entire staff only to angrily kick her wife in the shins saying: ‘I hate you, I hate you – what are you actually doing here in work?’

Then over a ten day period she also left 24 abusive voicemails and sent Ms Robinson emails saying: ‘Just watch yourself when it comes to work Susan, you are not the boss. You are in trouble. Don’t think the police won’t get to know. Silly girl.’

Shaughnessy also intimidated her when she saw her estranged wife at some traffic lights near the Trafford Centre, stopping on the opposite carriageway leaving her victim terrified.

She and was sentenced to 13 weeks jail, suspended for 12 months. She has since resigned from the firm. Shaughnessy was also ordered to complete an alcohol treatment programme, pay £500 costs and was banned from contacting Ms Robinson for five years under the terms of a restraining order. 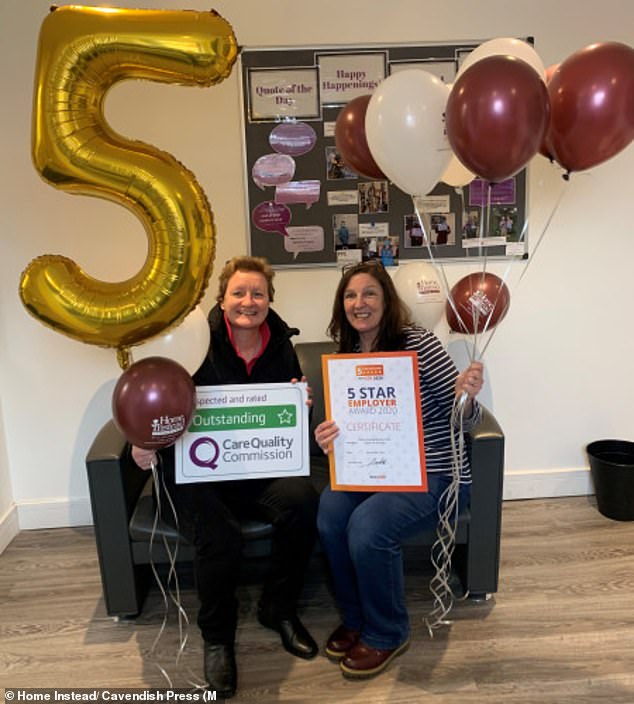 Susan Robinson, 61, (right) had split up with 51-year old accountant Joanne Shaughnessy (left) after trying in vain to stop her drinking heavily when she discovered she had incurable breast cancer. Shaughnessy then launched a campaign of harassments and abuse

Shaughnessy who was banned from contacting employees at the company which provides help for the elderly in their own homes in Salford, Greater Manchester also sent a mocking video of Ms Robinson enjoying a drink accompanied by the message: ‘You cannot judge me, I love you still xx’.

In a statement to police Ms Robinson, a former estate agent, said: ‘I am absolutely distraught by this whole experience. It has blown my family apart. It has not just affected me, it has affected my family, Joanne’s family and our employees.

‘I am on edge all of the time. I am on edge every time I leave the house and I am a shell of my former self. All of my time and energy is being consumed by Joanne. My family are worried I am on the verge of a breakdown. This has had an impact on both my physical and mental health. For years I felt I could help Joanne but now I have got to the point where I have to admit defeat.’ 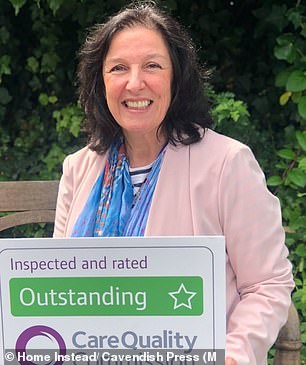 The court heard the couple who each have children from previous relationships had known each other for 25 years, had been in a relationship for 15 years and married in 2016.

That same year they co-founded and opened the Salford office for Home Instead Senior Care whilst seeking suitable care arrangements for Ms Robinson’s elderly mother.

By October 2017 the office had already been rated ‘outstanding’ by the Care Quality Commission (CQC) but cracks appeared in their relationship when Shaughnessy who has also worked as a Financial Consultant and Finance Director for various SMEs began drinking heavily.

Prosecutor Anna Chestnutt said: ‘She spent a month in rehab in late 2020 but whilst there she very sadly discovered a lump on her breast, which has subsequently been diagnosed as terminal breast cancer. The pair separated in November 2020 and began living separately.

‘On October 18 last year, Ms Robinson was at the business address when the defendant attended out of the blue with lunch for everyone. Ms Robvertson considered this to be odd as no one had asked her to buy any food. But the defendant then entered the office and started shouting at Ms Robinson: ‘I hate you, I hate you. You are a c**t. What are you actually doing here in work?’

‘By this point she was in her face and was raging. The defendant then stood over Ms Robinson who was trying to retrieve a phone from a drawer and kicked her twice to her shin. The assault only stopped when Ms Robinson said she would call the police and the defendant then left the premises.

‘The door was locked behind her and whilst banging on the windows, the defendant she was heard shouting ‘Why are you doing this Susan?’ She was then heard screaming with rage, so Ms Robinson did then call the police. Police arrived shortly after and the defendant said that she had been locked outside. She smelt strongly of alcohol and her eyes were glazed. She began resisting officers and tried to wriggle free when being arrested.

‘Between October 19 and October 29, the defendant left 24 voicemails which Ms Robinson felt too upset to listen to. The defendant was told not to contact Ms Robinson but by November 13 was contacting her email. Ms Robinson describes being distressed by these emails.

‘On November 27, Ms Robinson was driving from her workplace to the Trafford Centre and was stationary at a set of traffic lights when she saw the defendant driving in the opposite direction.

‘The defendant stopped her vehicle so it was directly to the side of Ms Robinson’s vehicle. Traffic then began to move so fortunately so the defendant could not say or do anything but Ms Robinson nonetheless felt frightened.

‘On November 30, the defendant sent Ms Robinson a video of her under the influence of alcohol whilst the defendant was filming and goading her. A following message said, ‘You cannot judge me, I love you still xx’. The defendant also turned up to the business address on this day. after being issued with a letter instructing her not to contact any member of the team.’ 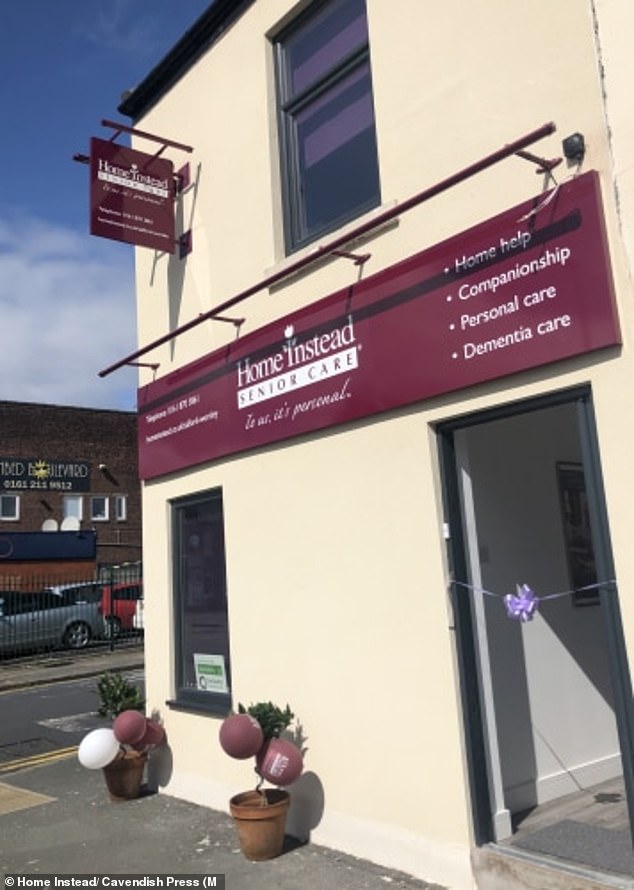 Joanne Shaughnessy turned up at the couple’s business, kicking her wife in the shins and calling her a c**t’

In mitigation defence counsel Mark Rhind QC said: ‘On any view, this is a tragic case. It is always a tragic when a mature person of good character comes before the court facing the prospect of an immediate custodial sentence.. It is a tragedy when those circumstances are borne out by illness, a loss of a relationship, a loss of a business, by mental health issues and issues to do with drink.

‘The defendant has had all of those issues which caused her to lose all perspective.

‘She lost her wife after a 15-year relationship. She has lost the business she loved and lost her home she shared with her too. She was diagnosed with cancer and now terminal cancer which she carries on dealing with.

‘She was of the view that she could turn things around and she could make Ms Robinson see sense and matters would go away but that has not happened. She is wholly unfamiliar with the court and she did not understand and take seriously the requirements of the bail conditions. She believed somehow she could change her mind and all of this would go away but it did not.

‘She has lost her good character. She can no longer contact the business she was so devoted too. She has taken steps to resolve issues now and to deal with the relationship and business properly. She has tried to show expressions of love to get back together with her partner, asking her talk to her…It is clear to her now that the relationship is over.’

Sentencing her, judge Mr Recorder Daniel Prowse told Shaughnessy: ‘ ‘This was the woman who you loved and lived with. Your offending has had a significantly effect on her and she says she is now a shell of her former self. These offences are very serious. You have made her life a misery.

‘You have left her significantly impacted and very worried about your unwanted attention. Your behaviour can be described as obsessive, unpleasant and unwelcome.

‘For a woman of good character with your successful background, this is plainly out of character. But it is undoubtedly as a result of serious personal difficulties that you going yourself in for how you behaved in way did.

‘You have lost your relationship, your business which you loved which you entered into because of the care you provided to your partners grandmother. You are now in the process of a division of the assets and there will come a point in the near future where you will no longer be involved in that business that you built and loved.

‘You have a serious diagnosis of cancer which is terminal and it is unclear how long you have left to live. I am told you now understand that your relationship is over. The pressures you were under caused you to lose perspective completely.’ 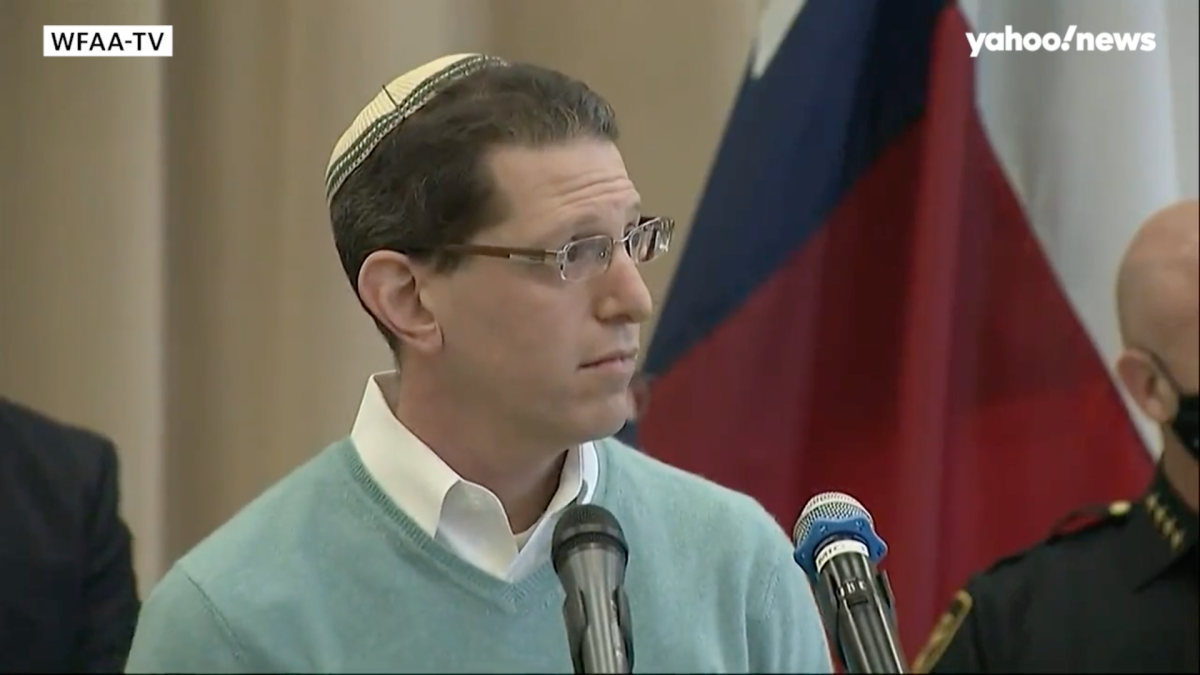