A shellshocked father has recalled how he and his family were forced to duck for cover as a brazen gunman sprayed their home with bullets.

Bob Nikolic, 50, had just finished eating dinner with his wife Slavica, 49, and daughter, 23, about 7pm on Tuesday when they heard the sound of gunshots outside their home in Hunters Hill, Sydney.

They watched in horror as a bullet smashed through a front window of their Gaza Avenue home and ricocheted from the wall where his daughter’s friend was sitting just a few minutes earlier.

Mr Nikolic, who has lived at the home with his family in the leafy lower north shore suburb for almost two decades, believes the shooting was a case of mistaken identity. 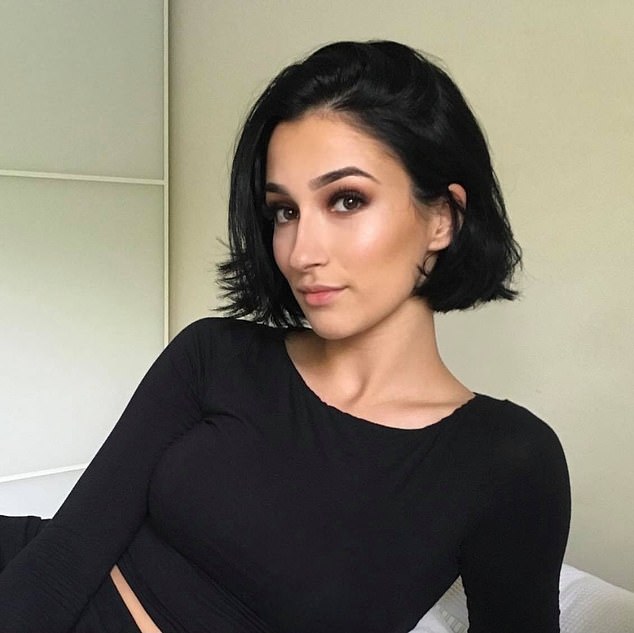 Bob Nikolic, 50, had just finished eating dinner with his wife Slavica, 49, and daughter, 23, (pictured) in their home when the shooting started

‘I have no idea what happened. I’m an electrician, my daughter studies and my wife is a housewife… I don’t have any problems and don’t mix with those kinds of people,’ Mr Nikolic told reporters outside his home on Wednesday.

‘When I heard the first gun, I didn’t understand but the second I realised, because I saw it went through the roller blind.’

‘I realised straight away what happened, I ducked down and told my family to duck down, we went to the bathroom and turned off the lights. Then I called police and came out.’

The gunman remained at large on Wednesday afternoon as Mr Nikolic recalled how he and his family narrowly escaped injury.

‘I still don’t believe it happened. My family was in the room and one of the bullets ricocheted around the wall near where I was standing,’ he recalled

‘I’m definitely lucky [to be alive]. Five minutes beforehand my daughter’s friend was facing the back of the window where the bullet came through.’ 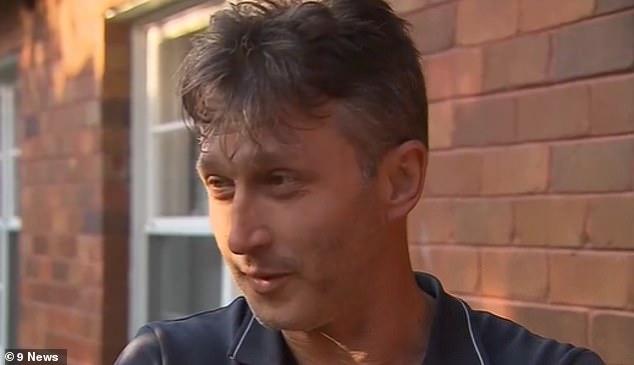 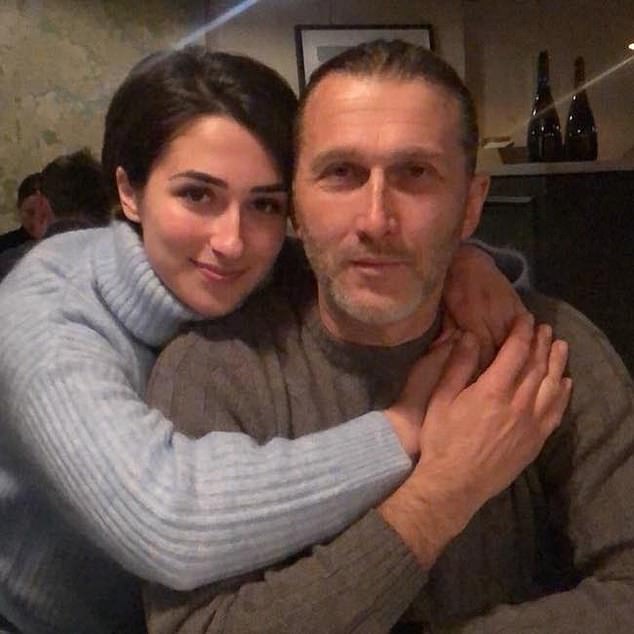 ‘I’m definitely lucky [to be alive]. Five minutes beforehand my daughter’s friend was facing the back of the window where the bullet came through,’ Mr Nikolic (pictured with his daughter) said

The shooting was caught on CCTV, which Mr Nikolic was given to investigators to help track down the shooter.

He says the footage shows a man pulling out a handgun and firing three bullets at a car in the driveway before he opens fire on the house and walks away.

Shell casings and holes were found in the front of their home and a white BMW 4 Series Gran Coupe parked in the driveway.

The front windows and an internal wall inside the home were also damaged. 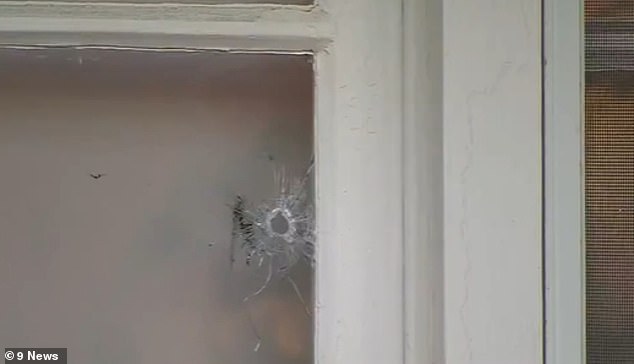 The Gaza Avenue home was peppered with bullets. Pictured is a damaged front window 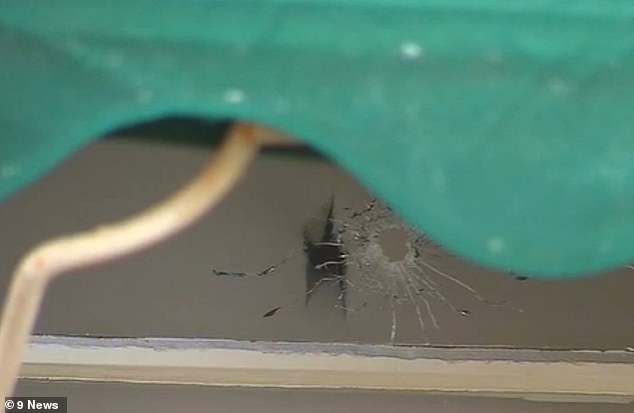 Bob Nikolic recalled how he and his family narrowly escaped injury. Pictured is a damaged front window

A search of the surrounding area was conducted with assistance from the helicopter and the dog units.

Residents in the exclusive suburbs reported hearing 10 shots at the time of the incident.

‘To happen in Hunters Hill, which is quite an affluent area, is certainly very unusual,’ Detective Sergeant Sean Hampstead said.

‘It’s quite shocking someone would go outside a house and shoot in when people are inside. They could’ve been seriously injured.’

Initial inquiries suggest a man was seen fleeing from the scene on foot before getting into a car intersection of Gaza Avenue and High Street.

Anyone with CCTV, dashcam or any information that could assist detectives is urged to contact Ryde Police. 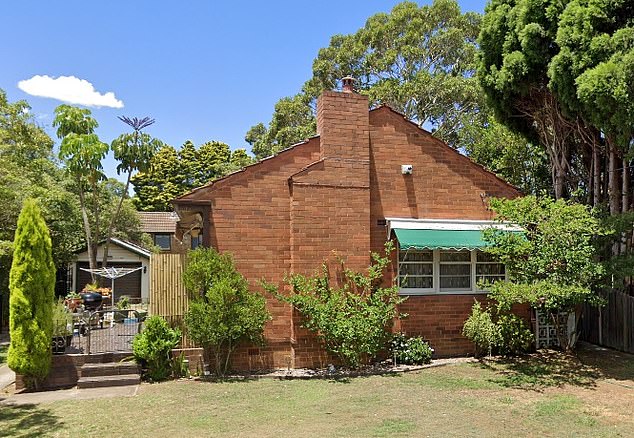 Hapless hero attempts to free pigeon from a chimney breast