Terrifying moment an armed man demands cash from a super-composed pharmacist holding an iron bar for protection, as a waiting customer calmly watches on

Police have released CCTV of the moment a surprisingly calm pharmacist attempts to reason with a thief who entered the store armed with a gun.

The armed robbery of the chemist on the Gold Coast on the night of April 26 took place at 9.50pm, when the hooded man dressed in black entered the chemist holding the gun and a black garbage bag demanding money and prescription medication. 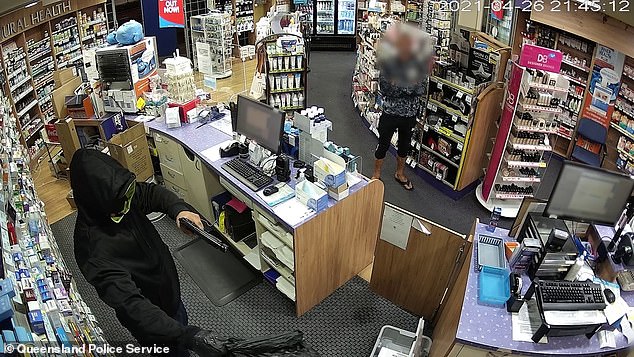 Hooded and dressed in black, the man pointed a gun as he demanded cash and drugs 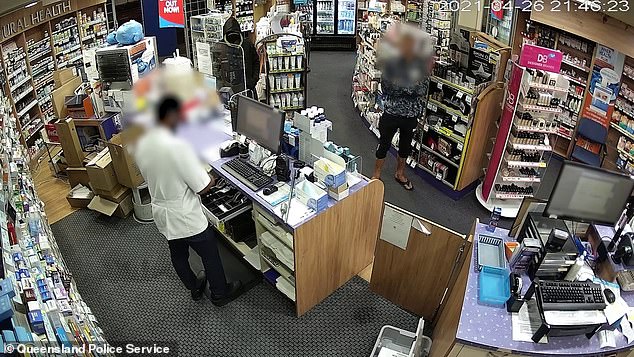 The man came behind the counter and pointed the gun at the pharmacist, who appears to begin a dialogue with the man about the wisdom of his action.

At one point the thief returns to the front of the counter while saying to the attendant, ‘Open the till, open the till.’

After being handed an amount of cash the robber came around the counter again and a stand-off ensued as he demanded prescription drugs, the pharmacist standing firm while brandishing the iron bar. 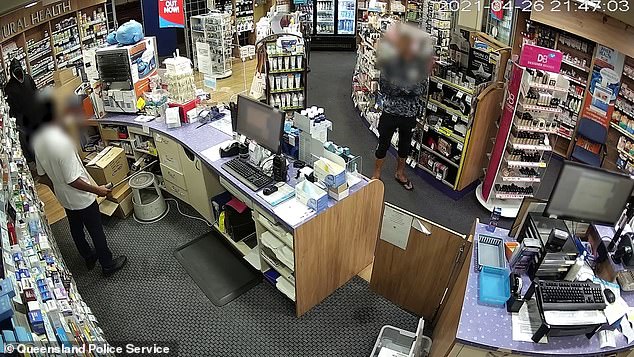 The thief then leaves the store, where he was last seen running in an easterly direction along Nerang Street, Southport.

No one was physically injured in the incident. Police are continuing to investigate.