‘That’s what I’m talking about!’: Cesc Fabregas leads the praise for Mason Mount after fine assist


‘That’s what I’m talking about!’: Cesc Fabregas leads the praise for Mason Mount, as Rio Ferdinand hails his ‘absolutely on the money’ defence-splitting assist for Kai Havertz’s opener in the Champions League final

Cesc Fabregas has led the praise for Mason Mount’s superb assist to set up Kai Havertz’ opening goal for Chelsea against Manchester City in the Champions League final.

Mount’s wonderfully timed, defence-splitting ball found German forward Havertz, who rounded goalkeeper Ederson and slotted into an empty net to give Thomas Tuchel’s side the lead against City in the European showpiece in Porto on Saturday.

And fellow pundit Rio Ferdinand heaped praise on midfielder Mount’s pass to create the goal on BT Sport at half-time. 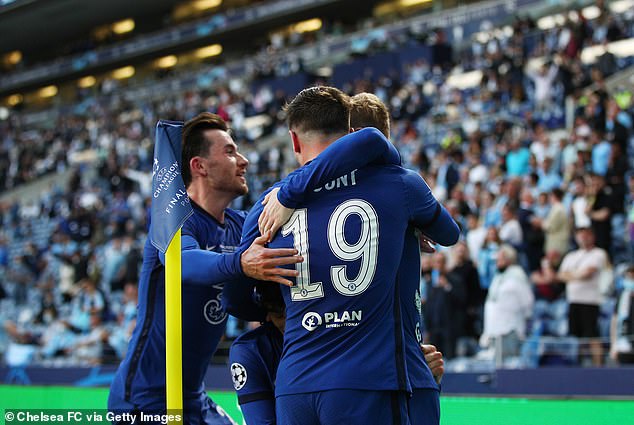 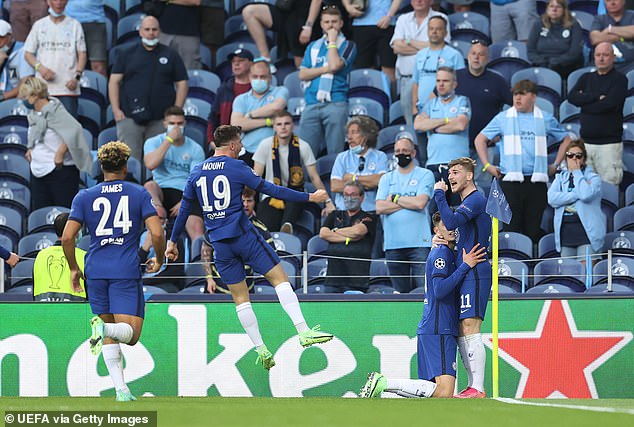 He said: ‘The way that Mason Mount turns on this ball, faces the game and just sees it.

‘It’s a good run from Havertz, the ball from Mason Mount is absolutely on the money, but it’s lazy defending from Zinchenko.’

And former Blues playmaker Fabregas added his thoughts on social media about the classy assist.

He tweeted: ‘What a ball!! Mason Mount that’s what I’m talking about!’ 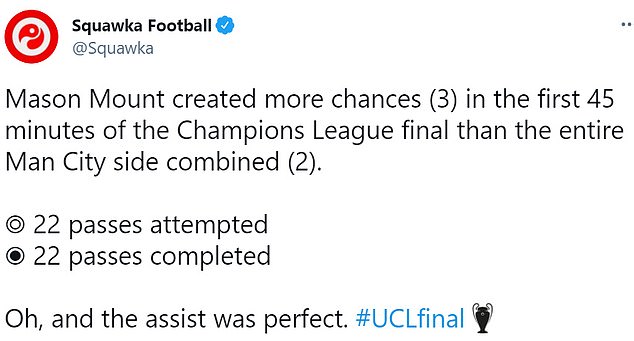 The post read: ‘Mason Mount created more chances (3) in the first 45 minutes of the Champions League final than the entire Man City side combined (2).

’22 passes attempted, 22 passes completed. Oh, and the assist was perfect.’

Another user commented: ‘Mason Mount assist in the biggest game in football,’ followed by an eyes emoji.

2021 could see record number of first-time boaters: Here's how to have a safe, fun outing

In pictures: Thousands protest in Brussels against COVID restrictions

The Patriots drafted Mac Jones to be their quarterback of the future. But the rookie is...