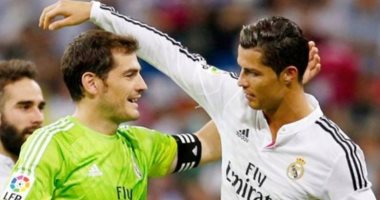 The Portuguese star, Manchester United striker, Cristiano Ronaldo, topped the list of the most participating players in the history of the Champions League, after he was at the head of the Man United squad against the Swiss Young Boys, where the Don scored his first appearance in the Red Devils shirt in the Champions League after returning to him during the transfer period. The last summer coming from Italian Juventus.

Ronaldo is participating in his 177th match in the Champions League, equaling the record held by former Spanish goalkeeper Iker Casillas, as the most participation in the history of the competition.

The list of the most participating players in the history of the Champions League is as follows:

Launching an initiative to use artificial intelligence in early detection of breast cancer.. Video

Launching an initiative to use artificial intelligence in early detection of breast cancer.. Video