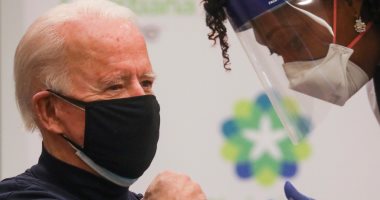 Roughly 7 in 10 Americans support President-elect Joe Biden’s nationwide authorization of the mask proposal, according to a survey published by The Hill newspaper, which found 69 percent support for the mandate, which will apply to federal properties open to the public like courts and post offices. It revealed a higher support for the requirement to wear masks in public, at 72% while 66% said that masks should be required in the presence of anyone outside the home.

The mask mandate is part of an ambitious list of pandemic-related proposals announced by the president-elect for his first 100 days in office, and the same plans call for ensuring that all schools reopen safely by the end of the 100-day period.

Pollsters found majority support for a number of other coronavirus-related policies, including free vaccines at 85%, free virus testing at 78%, and more test sites via car and mobile at 81% Other policies with less support for the majority included access to self-administered home testing. (65%) and a one-month lockdown to stop the spread of the virus (52%).

How Joe lost the Latino and Asian vote to Trump

How Joe lost the Latino and Asian vote to Trump