The approach of the White House to Venezuela divides legislators in the US. 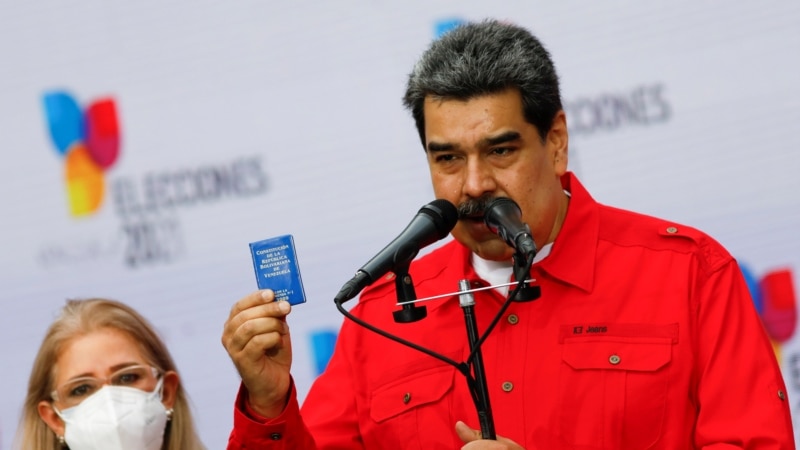 A few days ago, a delegation of high-ranking officials from the United States Government traveled to Venezuela to meet with President Nicolás Maduro and other members of his cabinet, in order to address the situation of “energy security” and the “state of health” of Americans arrested in the country.

It is the first time that this type of meeting has occurred since 2019, when both countries broke off diplomatic relations after the United States, like most nations in the international community, recognized Juan Guaidó as interim president of Venezuela.

The interest of the White House in this meeting occurred days after the president of the United States, Joe Biden, announced a package of sanctions against the Kremlin, among which was the ban on the import of Russian gas and oil.

The consequences of sanctions

Those punishments have caused fuel costs to rise dramatically, reaching record prices in the United States. It is for this reason, according to some analysts consulted by the voice of americathat the US administration wanted to make a move and agree to sit at the same table with Maduro, considered a threat to the region for being accused of being responsible for a corruption and drug trafficking plot.

However, the meeting led by the Deputy Undersecretary for the Western Hemisphere, Juan González, on the US side, has generated different reactions among the political class of the North American country.

“We don’t need a drop of Venezuelan oil”

The Senator for Florida, the Republican Marco Rubio, through a message broadcast on his social networks, defended that the United States “does not need a drop of oil from Nicolás Maduro or Venezuela” and pointed to the leadership of the Palace of Miraflores as “corrupt” and “incompetent” who “produce less than 1% of the world’s oil at the moment.”

In his opinion, the US is capable of producing within the country the oil that it does not now have because of the sanctions on Russia. “We import 200,000 barrels a day from Russia and we easily produce that in this country without having to give money that will go directly into your pocket,” Rubio said.

At the same time, he assured that this meeting represents a “betrayal” for the Venezuelan exile in the United States. “It is an embarrassment and a pity that they have abandoned and betrayed those who are fighting for the freedom of Venezuela,” he said.

“The freedom of Venezuela is not negotiable”

Along these lines, the Republican congressman from Florida, Mario Díaz-Balart, recalled that the Maduro government “is a dictatorship that has been under investigation for crimes against humanity” and expressed his rejection because “this (US) administration seems to be determined to help every anti-American dictator as long as the energy is not made and not extracted from the United States.”

“We are not going to allow it because the freedom of Venezuela is not negotiable,” Díaz-Balart said, insisting that “Venezuela has to be free” and that “no kind of gift or appeasement to that dictatorship is acceptable.”

In the Democratic caucus there is also a division of opinions on the matter.

Senator Bob Menéndez expressed his concern for the future of the region if the purchase of Venezuelan oil is finally negotiated.

“I have serious concerns because we run the risk of perpetuating a humanitarian crisis that has destabilized Latin America and the Caribbean for an entire generation,” said the politician, considered the highest-ranking Democrat in the US Senate.

“Nicolás Maduro is a cancer on our hemisphere and nothing we do should breathe new life into his reign of torture and murder. As such, I clearly and adamantly oppose any effort to line the pockets of the oligarchs of the Maduro regime with money from the oil sector while Maduro continues to deprive the Venezuelan people of their human rights, freedoms, and even basic necessities like a plate of food. ”, he added about it.

“It’s an opportunity to move forward”

However, other figures in the Democratic ranks support the White House decision.

Democratic Rep. Gregory W. Meeks, chairman of the House Foreign Affairs Committee, said “we now have a real opportunity to advance meaningful negotiations between President Maduro and the opposition” thanks to the United States’ outreach and interest in the purchase of oil.

“It is important that the United States be a credible interlocutor and fulfill the commitments we made in support of a diplomatic and peaceful resolution of the long political crisis in Venezuela,” he stressed.

At the same time, he defended that “the Biden administration must take the necessary measures to suspend the oil sanctions on Venezuela in support of the negotiations while maintaining the necessary pressure on human rights violators and corrupt actors in Venezuela through individual sanctions.” .

Putin sticks to disarming Ukraine as a target of war, and Zelensky calls for inventing new tools to confront Russia | Politics news

Putin sticks to disarming Ukraine as a target of war, and Zelensky calls for inventing new tools to confront Russia | Politics news