The Armenian parliament rejects the abolition of martial law 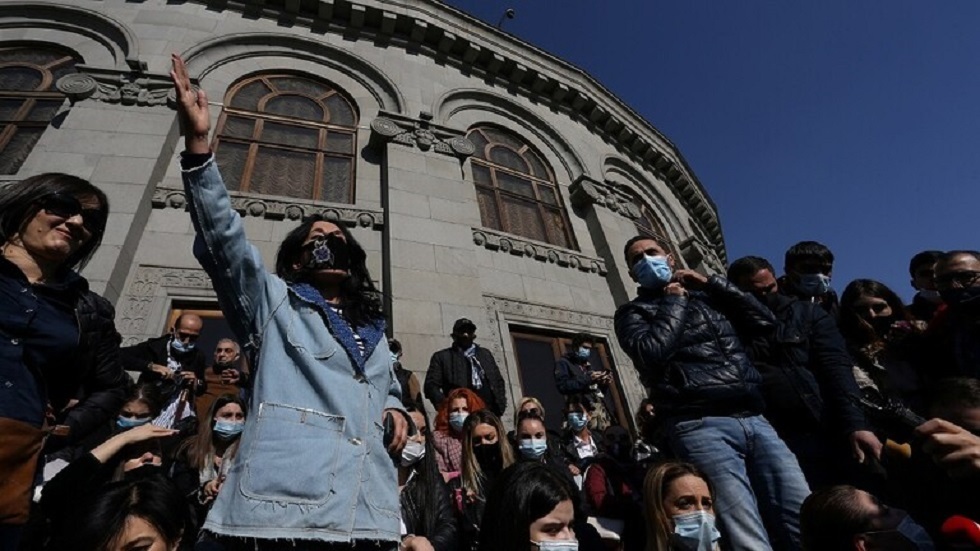 Demonstrators in the center of the Armenian capital Yerevan – archive

An Israeli soldier was wounded at the border with Egypt

Leader of the opposition “Prosperous Armenia” party, Arman Abovyan, confirmed that the country’s parliament refused to consider lifting martial law in the country, due to “cosmetic” measures demanded by the ruling party, “My Step”.

He said, “My step” clung to the position according to which it is not possible to hold a meeting on the same issue twice a month. He has to make decisions on certain issues based on their importance, that is, he can in principle hold a meeting. “

For her part, Evita Tonoyan, a member of the Popular Action Party, said in an opposition rally, that “the prosperous and bright Armenian factions have embarked on an extraordinary session of Parliament to launch measures to abolish martial law.”

Tonoyan pointed out that “the authorities artificially delay taking such a decision in order to limit the opposition’s actions, which will allow the abolition of martial law to start the process of impeaching Prime Minister Nikol Pashinyan, which is prohibited by martial law.”

The opposition is seeking to leave Pashinyan because of his signing of the agreement to stop the war in Karabakh.

A tripartite agreement was reached between Armenia and Azerbaijan under Russian auspices on the 10th of last November for a ceasefire, the exchange of prisoners and dead bodies between Yerevan and Baku, the handover of Armenia to the regions of Kilbajar, Lashin and Agdam to Azerbaijan, and the deployment of Russian peacekeepers in the region.

The placenta jab that could ease pain of creaky knees