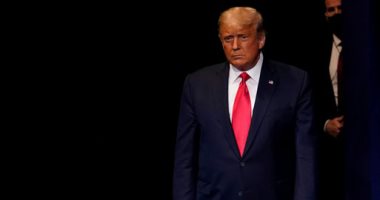 The American Associated Press said that President Donald Trump intends to address the protesters who travel to Washington, DC, on Wednesday in support of the outgoing president’s efforts to overturn the election result, coinciding with the Congressional vote to confirm the victory of President-elect Joe Biden.

Trump and his supporters, including dozens of Republican senators and representatives of Congress, have promoted a theory to support their efforts to overthrow the US election system. But their arguments have no basis in law, according to the agency.

However, the protests are being taken very seriously by Washington, DC, which is preparing for potential violence.

The Washington Post reported that the social media forums of Trump supporters are overwhelmed with references to weapons and violence. Among the groups expected to attend is the “Proud Boys”, a neo-fascist street gang with links to white nationalism..

The group’s leader, Enrique Tario, was arrested in Washington, DC yesterday for his acknowledged role in burning a banner for the “Black Lives Matter” movement torn from a historic black church during a pro-Trump protest in December. Tario was also charged with a firearms offense after the Metropolitan Police found that he was in possession of ammunition.

Tario was released by a judge in the capital on Tuesday afternoon, but was ordered to leave the city and stay outside until his next court appearance..