The youngest any Anzac soldier in World War I was supposed to be 18 years old – but hundreds much younger lost their lives in the bloody war from 1914-18.

Boys aged between 14 and 17 could enlist, but only as buglers, trumpeters and musicians – so many lied about their age because they wanted to join the fight as soldiers.

Their exact numbers are impossible to determine. 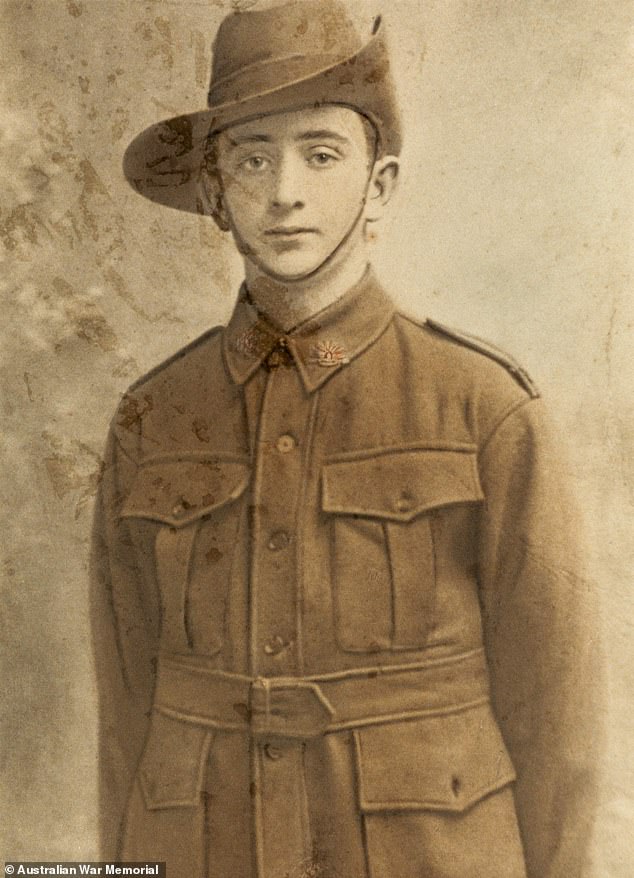 Farmhand James Charles Martin was desperate to fight after his father was rejected for service – and his mother reluctantly told authorities he was 18, even though he was actually 14

Among them was James ‘Jim’ Charles Martin, who became known as ‘the youngest Anzac’.

‘While he may not have been the youngest Australian to serve during the First World War, James Martin is considered the youngest to have died on active service,’ according to the Australian War Memorial.

Martin, a strapping farm hand from Tocumwal near the Victoria-New South Wales border, was desperate to enlist after his father was rejected for service.

His parents initially refused his request to enlist so he threatened to run away and join the Australian Army under a fake name.

Seeing how desperate her boy was to fight for his country and represent the family, his mother reluctantly agreed – and falsely told authorities he was 18.

In reality, he was only three months past his 14th birthday.

Martin was deployed to Egypt aboard the HMAT Berrima, which was diverted to Gallipoli and torpedoed offshore. 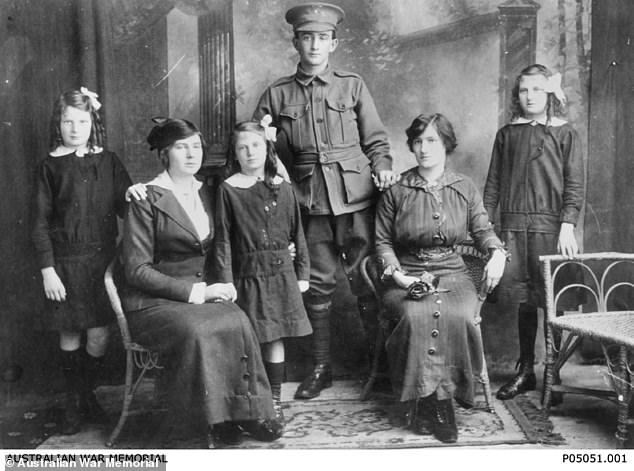 James Martin, from Tocumwal, New South Wales, pictured with his mother and sisters 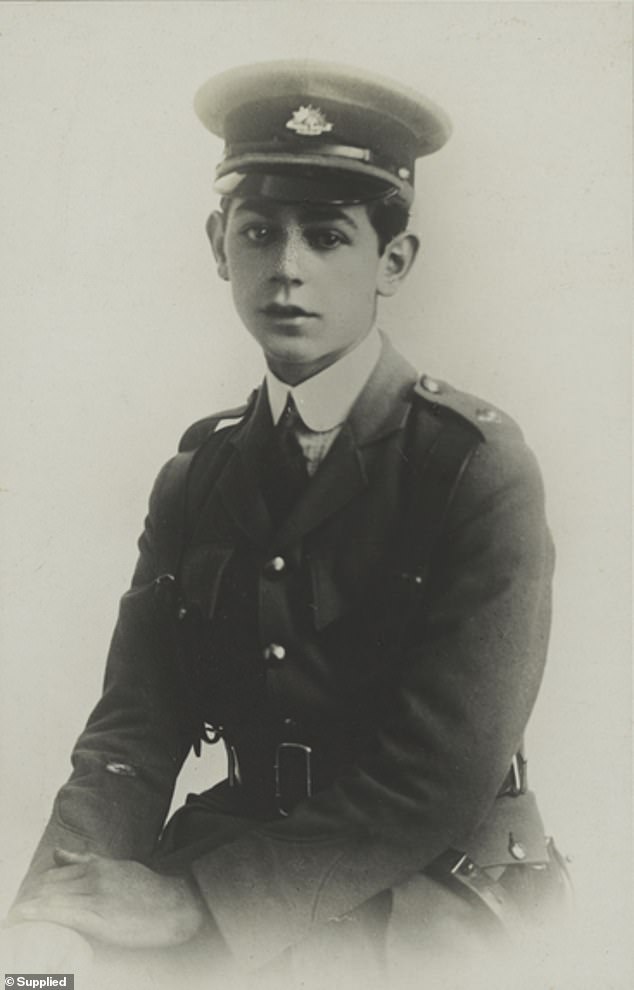 John Auguste Emile Harris, from Waverley, Sydney, also claimed to be 18 when he enlisted. But one look at his baby-faced portrait shows that was a stretch – he was 15 when he died at Lone Pine

He spent several hours in the water until he was rescued and went ashore at Gallipoli on September 7, 1915 – surviving his initial landing.

‘In the following few months casualties from enemy action were slight, but the front-line work, short rations, sickness, flies, lice, and mosquitoes took their toll on the unit,’ the Australian War Memorial wrote.

He was buried at sea.

John Auguste Emile Harris, from Waverley, Sydney, also claimed to be 18 when he enlisted.

But one look at his baby-faced portrait shows that was a stretch.

Regardless of his youth, John Harris impressed everyone around him and was promoted to lance-corporal after just two months of service. 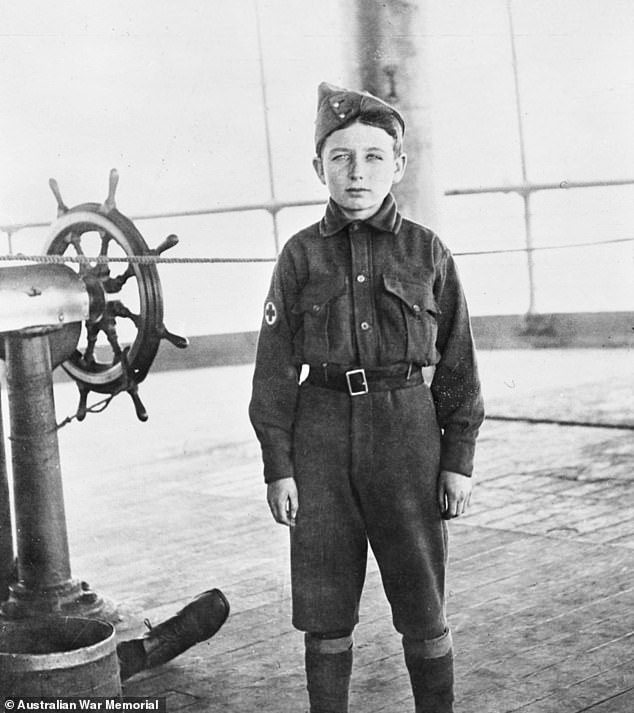 Stowaway Reginald Garth longed to join his brothers and father as a soldier. But Reginald – a slight boy – couldn’t convince anyone he was old enough to fight

Sadly, he was killed in action at Lone Pine, Gallipoli, on August 8, 1915 and was buried in Lone Pine Cemetery.

After the war his father wrote that John was only 15.

So desperate were young boys to join the war – especially if they had brothers enlisted – that some even stowed away on troop transportation ships in the hopes they’d be allowed to fight.

One such case was Reginald Garth, a 12 year old Perth boy who stowed away on the transport ship RMS Mooltan.

Garth’s three older brothers and father enlisted for World War I and he wanted be part of what he thought might be an adventure.

Reginald – a slight boy – couldn’t convince anyone he was old enough to fight.

But many others could, and didn’t make it home.