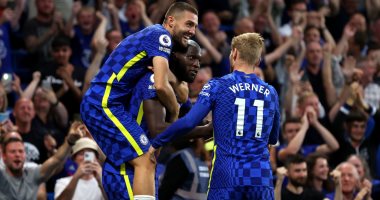 Chelsea FC joined the list of clubs that won the most matches in the history of the English Premier League, “Premier League”, after winning an important victory over its guest Aston Villa, 3-0 in the confrontation that took place between them yesterday evening, Saturday, at “Stamford Bridge”, as part of competitions Fourth round of the competition.

And the “Opta” network, which specializes in statistics and records, stated that Chelsea achieved its 600th victory in the English Premier League, to join Manchester United (690) as the only two teams to reach this number in the history of the tournament.

The list of clubs with the most matches in Premier League history is as follows:

Chelsea occupies second place in the English Premier League table with 10 points, with a goal difference only from Manchester United, the leader, with the same balance of points, after they swept Newcastle United 4-1 earlier today, while Aston Villa’s balance froze at 4 points in the fourteenth place.