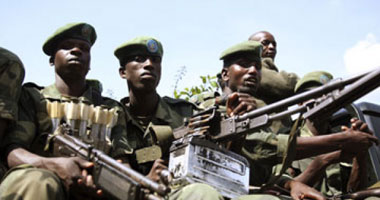 A local official said on Friday that the Democratic Republic of the Congo (DRC) army has found the bodies of 17 people killed by sharp tools in an eastern region witnessing militant attacks..

Donut Kibwana, the governor of Beni district, blamed the deaths near the town of Eringiti on the ADF, a Ugandan armed group that has emerged in recent years as the most lethal militia in the eastern border regions of the Congo..

“Yesterday morning, Congolese army soldiers were on patrol when they found 17 bodies,” Kibuana told Reuters. “The way (in which the killing was done) allows us to say that the ADF is responsible,” he added“.

According to United Nations figures, the Allied Democratic Forces are responsible for the deaths of more than a thousand people in the years 2019 and 2020.

The eastern regions of the Congo bordering the borders of Uganda, Rwanda and Burundi were subjected to militia attacks, many of them composed of the remnants of groups that fought in the civil wars in the Congo between the end of the last century and the beginning of this century..

In the past, ISIS claimed responsibility for attacks suspected of being orchestrated by the ADF, although experts at the United Nations said this week that they could not confirm any direct link between the two groups..

Germany .. Split in Merkel's party over equipping the army with combat drones

Bollywood actress and Celebrity Big Brother star Shilpa Shetty has given a statement to Indian police...