The cost of cancer part 1: how do you deal with the financial fallout while on chemotherapy?


Sorting out your personal finances can be difficult at the best of times. But what’s it like when you’re seriously ill?

In the hope that this essay will help other people who face this problem, journalist Richard Browning explains the journey that a healthy holidaymaker must take when the worst kind of news breaks.

At least, I never used to be.

It took three years for my bathroom to be properly installed after Wickes sent round the worst plumber in the history of water to have first go. He was so bad he managed to blow up the oven two rooms away.

It took six years for my wife’s teeth to be properly fixed after the dental practice sold up to big chain ADP Dental, which employed dentists who’d apparently been trained by the plumber. 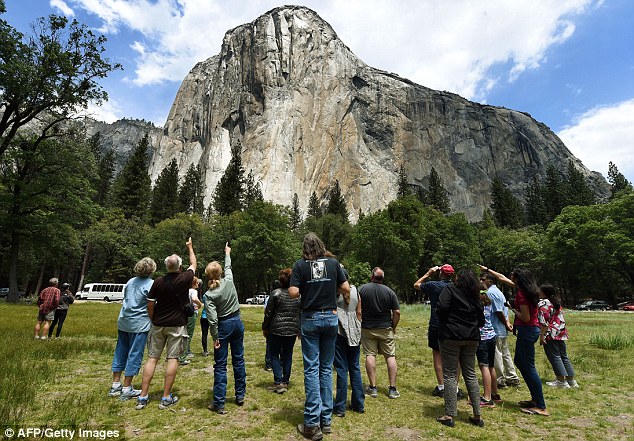 A matter of life: My mum had always wanted to visit Yosemite National Park, home to one of American’s most popular natural wonders, El Capitan.

As a result, I have to make my own luck using a mix of careful planning and a big helping of prudence. I’m very good, for example, at organising amazing holidays.

My mum had always wanted to visit Yosemite National Park in California.

She was in her 70th year and I thought it would be a great idea to celebrate with the trip of lifetime.

It was April and I’d sorted out my Isas, renewed my annual travel insurance and thought little more about the paperwork as my attention turned to holiday planning.

Halifax had managed to mess up my Isas in a way that only a giant company with people manning an Isa helpline who don’t know what an Isa is, is capable of.

The plumber, it seemed, had moved into banking. 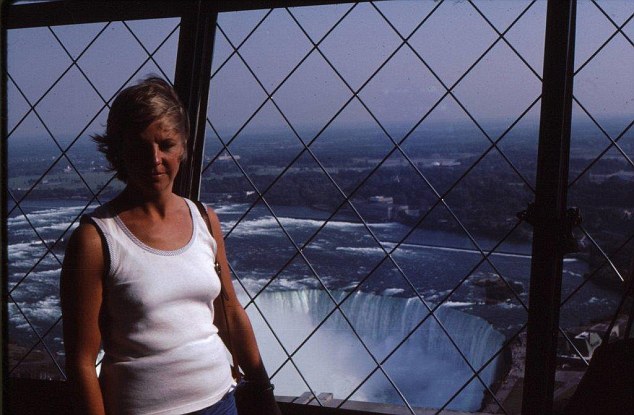 American dream: My mum at Niagara Falls. Some of our best holidays had been in the USA.

But that wasn’t the disaster, just another dose of bad luck. It would take Halifax more than a year, more than £100 in telephone calls, a file full of letters, the time-wasting unhelpfulness of my ‘executive complaints handler’ and persistence on my part to finally get someone to take notice and sort out the mess.

The thing with big companies, if there’s a problem it will – usually – be resolved eventually. Wickes went to great lengths to ensure we ended up with a properly functioning bathroom. The dentist fixed the teeth and put money in an account to cover future treatment. My latest washing machine came with a 10-year guarantee.

Halifax, the bank, being useless at banking is hardly a disaster.

Banks are useless. It’s what they do. They proved it by destroying the world economy in 2007 and had to be bailed out by the UK Government to the tune of £125bn with another £57bn thrown in for the Funding for Lending Scheme. The annual NHS budget is a mere £65bn. Bankers stole our futures. We get it.

No, this was serious.

I called my mum. 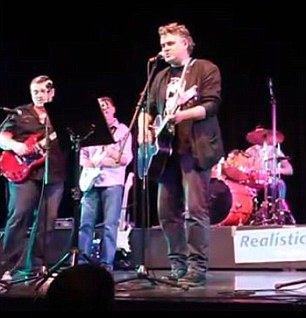 I’d always wondered how I’d react if I was told I had cancer. And now I knew.

I’m a journalist and have worked on some pretty horrific stories over the years.

Children being thrown from high-rise flats to their deaths by parents who weren’t receiving the care they needed for mental health problems were always the most upsetting.

But apart from that, I thought I was thick skinned enough to cope with any scenario.

You’re not supposed to get cancer in your 40s.

By the end of the year, I was hoping for a couple of obscure reggae albums in my stocking but instead, for Christmas 2013 I got bowel cancer.

I play guitar, keyboards and sing in a rock covers band. We’re the best one in Surrey if you want my completely biased opinion. I’ve also previously sang on stage in the West End, auditioned for X Factor and performed a short stand-up comedy routine to a full house of more than 300 people. But I never get nervous.

For me, there has never been the adrenaline rush I’ve heard so much about.

But when the consultant said the words, ‘It’s cancer,’ followed by something about survival rates, the adrenaline rush finally hit me. Slowly yet uncontrollably at first, rising from the groin then wham, I was being punched in the face and someone was taking a sledgehammer to my chest as this new toxic warmth spread like an overdose of nuclear fallout. No wonder actors get stage fright.

I think, deep down I was expecting to be told the worst. But nothing, I now know, prepares you for this news.

The upside, if there is one, is once you know the score, you can start getting on with living – or being a professional cancer patient, at least.

From my experience and from talking to other people sitting around on chemo drips for hours at a time, you just get on with it by just getting on with it.

You develop your coping mechanisms while everyone you know suffers for you.

My first bit of luck was having an amazing family. I never had to worry about looking after myself if I didn’t want to – my wife, daughter and parents couldn’t do enough.

And I never felt I was going to lose my job or lose enough of my health that unemployment and benefits were the only option. With an understanding employer, I was able to work from home and go into the office when I was able. It helped more than I can say. 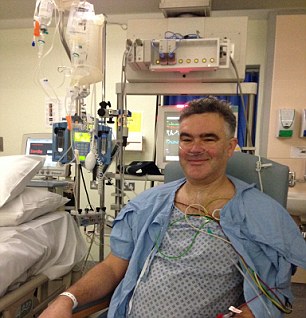 I suppose another stroke of good fortune is that I live down the road from some of the best cancer treatment possibly in the world at the Royal Marsden hospital in Sutton, Surrey.

I’m also extremely lucky that I don’t mind going to the doctors when my bowel mechanisms start mucking about. There was blood when I went to the toilet and I got it checked straight away. If I hadn’t I probably wouldn’t be writing this.

So maybe after years of bad luck in the consumer world I was hitting my lucky streak, in the world that matters. It was time to get down to the business of getting on with it.

How well you cope with life while on chemotherapy depends on the people you have to deal with.

One thing is for sure, you don’t get offered a seat on the train when you’ve got your little bucket of take-home chemo hanging from your chest. You do though get some disgusted looks if the tube accidentally pops out from behind its cover of a jumper. People are strange. They hate disability.

I was yelled at by one violent City-bound sociopath for opening a window on the train when I really, really needed some fresh air. He yelled, lashing out as he slammed the window shut.

Refuses To Fold Up Fold-up Bike Man, is a suburban railway legend in my neck of the woods. He places his fold-up bike over two seats, sits on a third and fills a fourth with his bag, while people on chemotherapy have to stand. He’s looking for a fight. Even healthy people can’t deal with travelling psychopaths such as this.

Luckily one can ignore such idiots.

At least, you can ignore them until you realise that they’re not necessarily all bankers heading for the City to commit vast, unpunished thefts all day. Some of them will have jobs in customer services and you are likely to find yourself at the other end of a phone trying to appeal to a non-existent human side of their character.

First thing, was to cancel the holiday and claim on the travel insurance. I’d only booked the flights for our trip to Yosemite so shouldn’t be too difficult to sort out. ‘Can’t go, got cancer! May I have the money back please I might need it for terminal care costs or another holiday if I get better.’

Club Direct Travel Insurance was part of Collinson Goup, which also has the well-known Columbus Direct with 15 million customers in its stable. Plus the policy was issued and renewed every year by Moneysupermarket.com. It all seemed very big and reputable.

My surgeon had warned me not to bother about claiming the travel insurance straight away because you never know what’s going to happen and you don’t want to deal with travel insurance companies, he advised. They can be difficult.

There was a possibility that were I unable to claim on the insurance, though there were no grounds for this, I could transfer the flights to a later date – so I needed to know.

So many people representing companies on a personal and professional level have been helpful and kind to me and my family during my treatment and after.

My wife got off the phone to the insurance company in tears. It was the start of a long fight.

Not everyone suffers from the brutal side effects of chemotherapy drugs. I didn’t lose my hair during my 12-cycle course of Oxaliplatin and F5U chemotherapy drugs over six months. But apart from hair loss, it felt like I had them all.

Everything suddenly was getting a little bit more difficult.

In the second part of ‘The cost of cancer’ I’ll explain what it’s like trying to carry on with life, paperwork and personal finance in a world where half the people are beautifully understanding and caring and the other lot hate you because you’re suddenly a little bit disabled.

I’ll name the companies that have been amazing and those that need training.

Last week I learned I have now been officially all-clear of cancer for six months – apart from some lingering side effects that still make some tasks difficult.