The COVID-19 pandemic led to at least 16,000 extra US heart disease deaths

Researchers at Beth Israel Deaconess Medical Center (BIDMC) found that for every person killed by heart disease in the US in 2019, about 1.25 died amid the pandemic.

Deaths from two particular types of heart disease spiked across the US between March 18 and June 2, when the pandemic really took hold in states like New York and Michigan.

As coronavirus cases surged during these months and threatened to overwhelm hospitals, Americans avoided seeking treatment, fearing the risk of COVID-19 was worse even than dying of a heart attack.

By mid-April, more than 34,000 Americans had died of COVID-19, but far more had died of heart disease already in 2020, and the pandemic was driving a silent epidemic of deaths that might have been prevented. 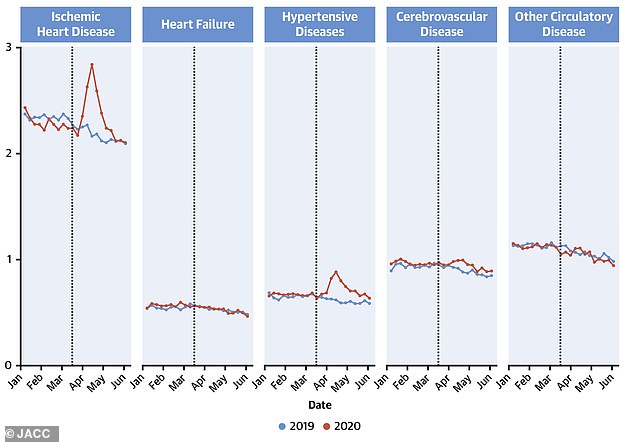 Coronavirus may have been the leading cause of death during many weeks of 2020, but it still did not kill nearly as many people as heart disease does in a given year.

Many public health experts suggest that it has killed many more people whose deaths weren’t attributed to COVID-19.

But that’s just a little more than half as many people as die of heart disease every year, according to the Centers for Disease Control and Prevention (CDC).

The CDC estimates that heart disease kills about 655,000 Americans a year, accounting for one in four deaths. 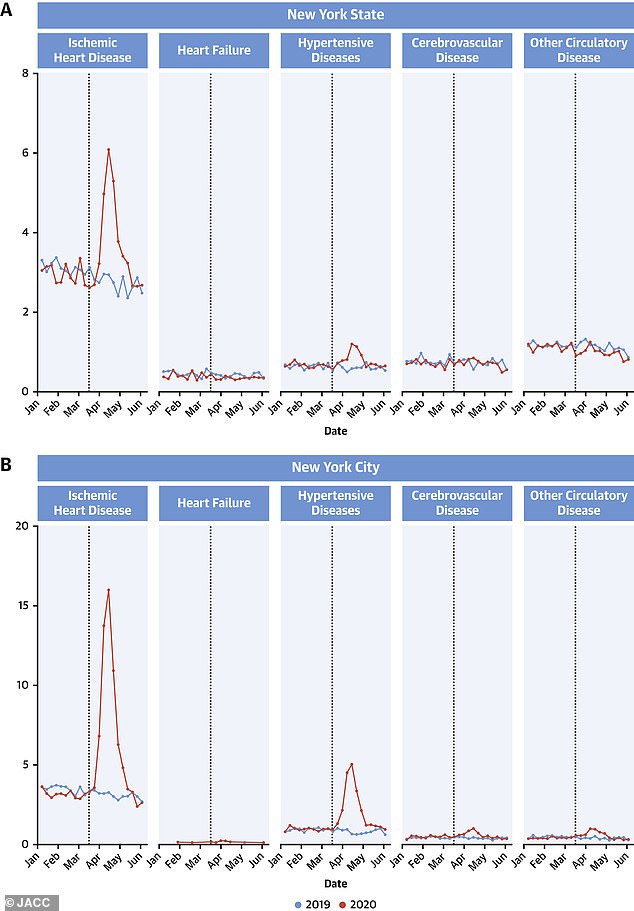 New York City was the global epicenter of the pandemic in the spring. People there were terrified to go to hospitals, and ischemic heart disease deaths spiked by 179% 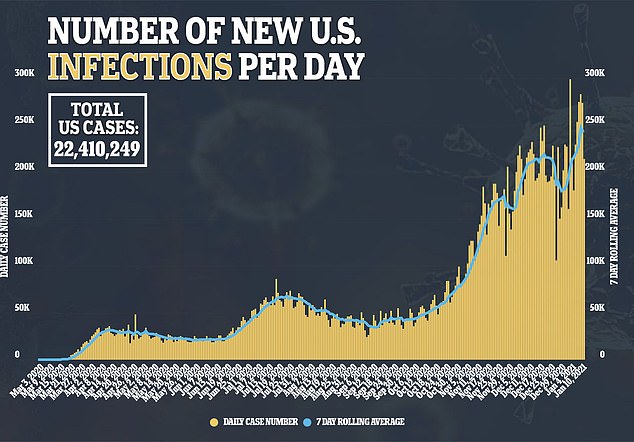 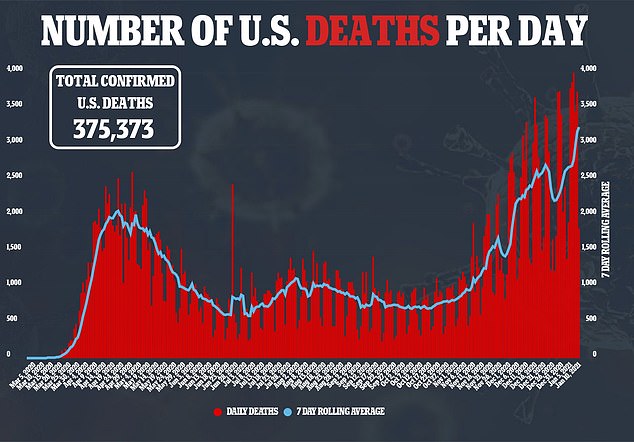 Although the sheer number of deaths was higher in the pre-pandemic period, the rate and trend of heart disease fatalities were on track with a typical year until mid-March.

Both the cold temperatures themselves and the additional risks of cold and flu season drive up of heart disease deaths every winter.

Cold temperature make it harder for the body to pump blood to the heart, feeding it oxygen, while making us walk faster or strain to shovel snow or scrape windshields. With exertion, our hearts have to work harder, to get less oxygen.

That can easily overtax a heart, especially in a person whose cardiac muscle, veins and arteries are already in less than optimal shape.

People also become more prone to blood clots during the winter, and that, too can increase the risk of heart attacks,

So spring should be when people with heart disease can breathe a sigh of relief – but not in 2020.

The coronavirus pandemic made little difference to fatality rates from some heart problems – they were about the same in 2019 and 2020 for heart failure and heart failure, cerebrovascular disease, or other circulatory conditions.

But rates surged for deaths from high blood pressure and ischemic heart disease, peaking in mid-April. 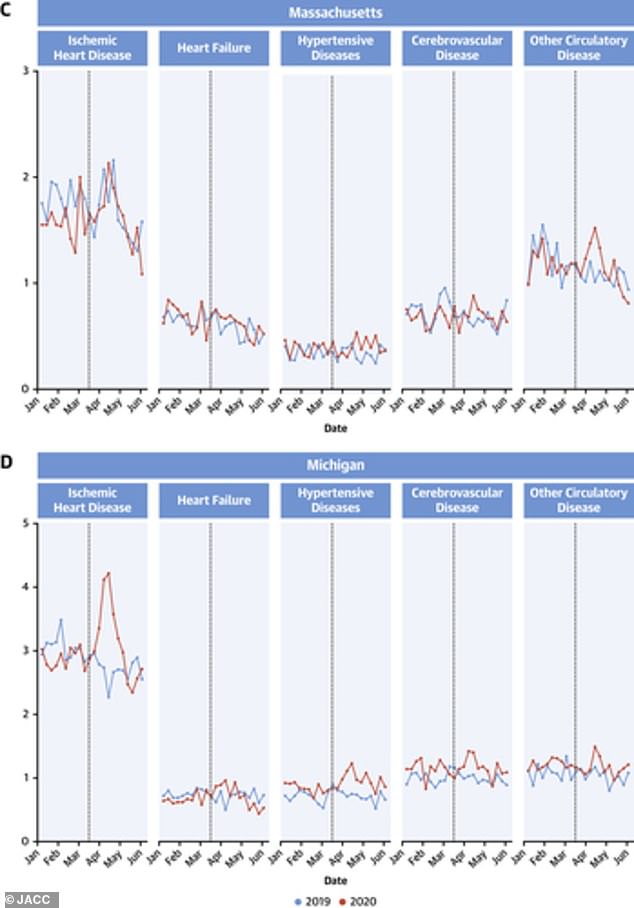 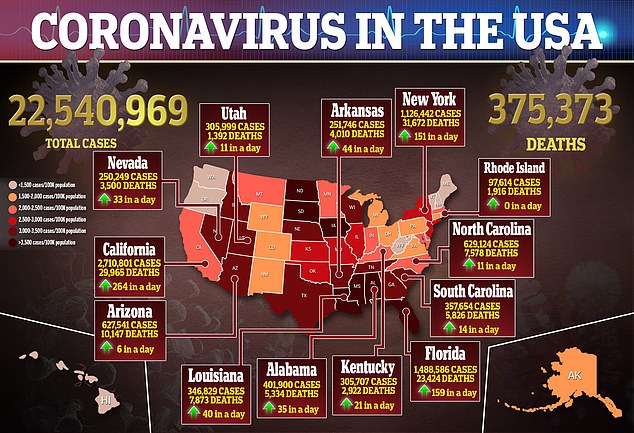 Nationwide, deaths from ischemic heart disease – the form caused by narrowing arteries that keep the heart from getting enough blood and, therefore, oxygen – increased by 139 percent in 2020 compared to 2019.

In April of 2019, ischemic heart disease deaths were on the decline from the dangers of winter, hovering just above two out of every 100,000.

The highest increases were seen in New York, where 179 percent more people died of ischemic heart disease in 2020 than did in 2019.

About 1.25 people died of any kind of heart disease during the pandemic in the US for every one who died of cardiovascular problems in 2019.

‘Our findings suggest that the pandemic may have had an indirect toll on patients with cardiovascular disease, potentially due to the avoidance of hospitals out of fear of exposure to the virus, increased health care system strain and the deferral of semi-elective procedures and care,’ said lead study author Dr Rishi Wadhera.

White House: Trump agrees to declare a state of emergency in Washington

White House: Trump agrees to declare a state of emergency in Washington