The crying of Maria Dolores, the mother of Cristiano Ronaldo, the Manchester United star, sparked the sympathy of millions around the world when she cried with joy at the return of her son to his favorite place and his brilliance by scoring two goals in his first appearance in the Premier League after 12 years.

Cristiano Ronaldo’s mother couldn’t hold back her tears when she saw her son and scored two goals in his amazing return to Manchester United.

The mother of Portuguese star Cristiano Ronaldo surprised the English public by attending the “Old Trafford” stadium and watching her son in his first match with his former team, despite the player’s confession before that his mother, Maria Dolores, was prohibited from attending the big and important matches of the player because of her extreme tension and fall while watching a match. for her son.

Ronaldo’s mother interacted with every goal scored by her son, as many international websites published a picture of her jumping from her place in the runway, and tears of joy appear in her eyes of joy for her son.. 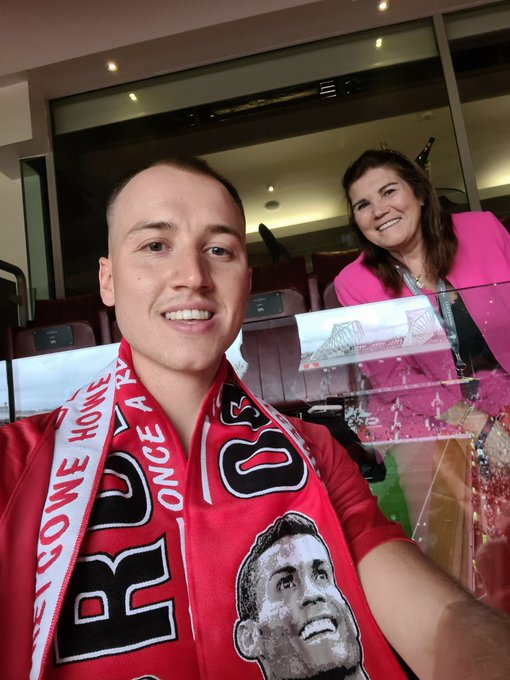 Cristiano Ronaldo made a perfect start in the English Premier League, leading his new old team, Manchester United, to a precious victory over its guest Newcastle United 4-1, yesterday, Saturday, and put it at the top of the league, taking advantage of Crystal Palace’s victory over Tottenham, the former leaders, by three clean.

The Portuguese star explained earlier, the reasons for preventing his mother from attending the matches, as she feels very nervous while watching him in the matches, and that she worries to the point that she fainted twice inside the stadium, and on one occasion she fell and broke one of her teeth.. 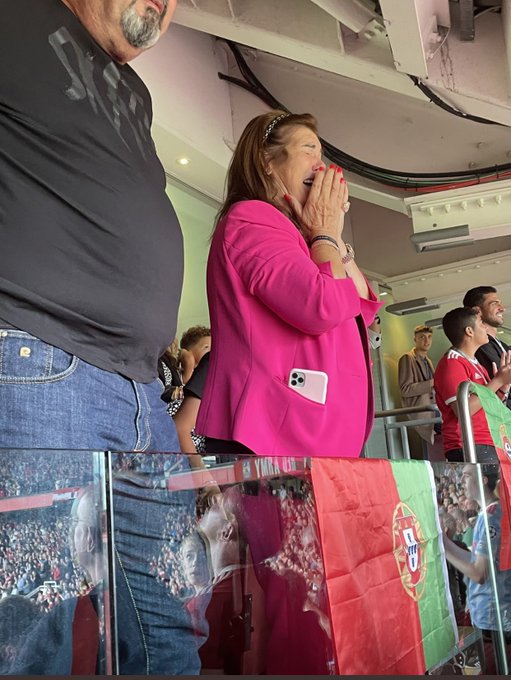 And published several international means such as network ESPN The image of Ronaldo’s mother interacting, crying, and deeply affected by Ronaldo’s first goal, as her picture spread on social media, showing the 66-year-old standing in her place on the runway, before tears of joy fell from her eyes..

But it seems that Ronaldo’s mother refused to stay at home, especially on this day, which ended distinctly for the Portuguese star.

Ronaldo spent 6 seasons at United between 2003 and 2009, crowned eight major titles, and returned to the team from Juventus last month after contracting for two years..

Ronaldo scored 118 goals with the English club in his first period, before moving to Real Madrid, with whom he won four Champions League titles.

Express: Public restrooms are safe and do not transmit coronavirus infection