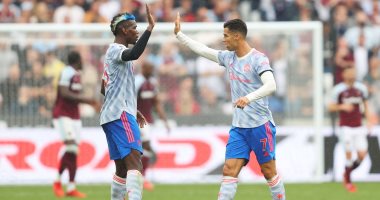 Manchester United will host Villarreal, Spain, in the strong confrontation to be held at Old Trafford, at nine in the evening, today, Wednesday, in the second round of Group F of the group stage of the European Champions League in the current season 2021-2022, and the match is scheduled to be Broadcast on beIN Sports 3 HD Premium.

Both teams are looking to end the European League last season, to overcome the bad start in the new season of the continental competition, as each of them failed to win in the opening round.

Manchester United fell to its Swiss counterpart, Young Boys, in the deadly time, with two goals against a goal, at the “Suisse Wankdorf” stadium, while Villarreal tied with Atalanta with two goals each.

Man United are at the bottom of the Group F table without any points, while Villarreal and Atalanta are equal with Atalanta with a point each, while Young Boys are at the top with 3 points.

Manchester United, led by its coach, Ole Gunnar Solskjaer, led the Premier League recently, after falling in the deadly time against Aston Villa with a clean goal in the sixth round of the English Premier League competition, at Old Trafford, to fall to fourth place with 13 points.

Portuguese star Cristiano Ronaldo will set a new record in his career full of titles and achievements if he participates with Man United in the European Villarreal site.

Ronaldo will set the record as the most participating player in the history of the Champions League, if he appears against Villarreal, as he raises his score to 178 games, surpassing former Spanish goalkeeper Iker Casillas, with whom he currently shares the number with 177 games each.

Ronaldo is the historical top scorer in the European Champions League with 134 goals in 177 matches he played in the competition before the Villarreal match.

To get ready for schools.. Learn the latest forms of lunchboxes for 2021

NBA: Courtois and DUX put the first Spanish team in the NBA … virtual

NBA: Courtois and DUX put the first Spanish team in the NBA ... virtual