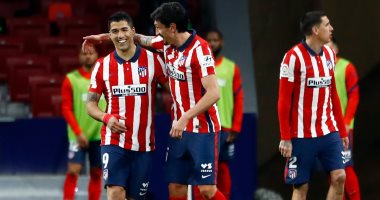 The Spanish club Atletico Madrid will host its Portuguese counterpart, Porto, this evening, Wednesday, in the first round of Group B of the Champions League season 2021-2022, at the “Wanda Metropolitano” stadium.

The date of the match Atletico Madrid vs Porto

The match between Atletico Madrid and Porto will be held at nine in the evening, on beIN Sports HD Xtra 2.

Atletico Madrid is competing in Group B of the Champions League this season, with Liverpool, AC Milan and Porto.

Atletico Madrid is competing with Liverpool, Porto and Milan in the fiery second group, in the Champions League this season.

Atlético Madrid is performing at the local level after 4 rounds of the Spanish League this season, as it shares the top of the La Liga table, with 10 points, combined from 3 victories and one draw.

Argentine Diego Simeone dreams of leading Atletico Madrid to a new European glory by competing for the Champions League title this season.

Simeone led Atletico Madrid to the European League title in 2012 and 2018, and is looking forward to winning the Champions League for the first time in the history of Roji Blancos.

Porto also started its campaign in the Portuguese league this season, achieving 3 victories and two draws, to collect 11 points, occupying third place in the local competition table, behind Benfica, the leader with 15 points, and Estoril Praia, the runner-up with 13 points.

Fashion sparked controversy in the Met Gala .. Rihanna with a quilt and Kristen Stewart with unstyled hair

6 health problems caused by lack of physical activity, including shortness of breath and obesity

6 health problems caused by lack of physical activity, including shortness of breath and obesity