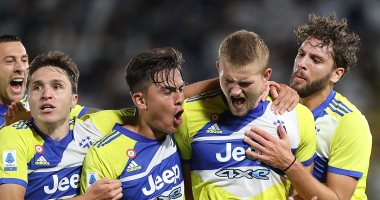 The English champions Chelsea team, led by coach Thomas Tuchel, will be a heavy guest against Italian Juventus, at exactly nine in the evening, Wednesday, Cairo time, at the Allianz Stadium, in the second round of the eighth group of the group stage of the European Champions League season. The game is scheduled for 2021-2022, and the match is scheduled to be broadcast on beIN Sports 1 HD Premium.

Chelsea enters the match tonight, occupying second place in the table with 3 points, to come with a goal difference only behind Juventus, which has the same balance of points.

The Blues opened their campaign to defend the Champions League title with a difficult victory over its guest, Zenit St. Petersburg, Russia, with a clean goal, at the “Stamford Bridge” stadium, while Juventus defeated its Swedish host Malmo 3-0 in the first round.

Chelsea hopes to reconcile their fans and return to victories again, after they fell to Manchester City, with a goal for free, in the match they recently gathered at “Stamford Bridge” in the sixth round of the English Premier League competition, to give up the lead and fall to third place in the standings.

On the other hand, Juve is seeking to continue its victories in the recent period, after winning the last two matches it played in the Italian league for the first time this season, over Spezia and Sampdoria teams with the same score 3-2, to occupy the ninth place in the table with 8 points.

Juventus are missing against Chelsea today, the attacking duo, Argentine Paulo Dybala, and his colleague Alvaro Morata due to injury, according to what was announced by Massimiliano Allegri, the coach of the old lady.

It is noteworthy that in the same group, the Swedish team Malmo and its host Zenit Saint Petersburg, Russia, will be facing each other at exactly 7:15 pm today, as both teams lost the opening match.

Rising of the Progressives marks a vital moment for the Democrats