Roger Hunt, the legend of Liverpool and the former England striker, died today, Tuesday, at the age of 83.

The star of the Three Lions team that won the 1966 World Cup, who participated in all its matches and scored 3 goals.

Hunt won the English Premier League twice with Liverpool, and is the second after Ian Rush in the ranking of the most goals scored in the club’s history. 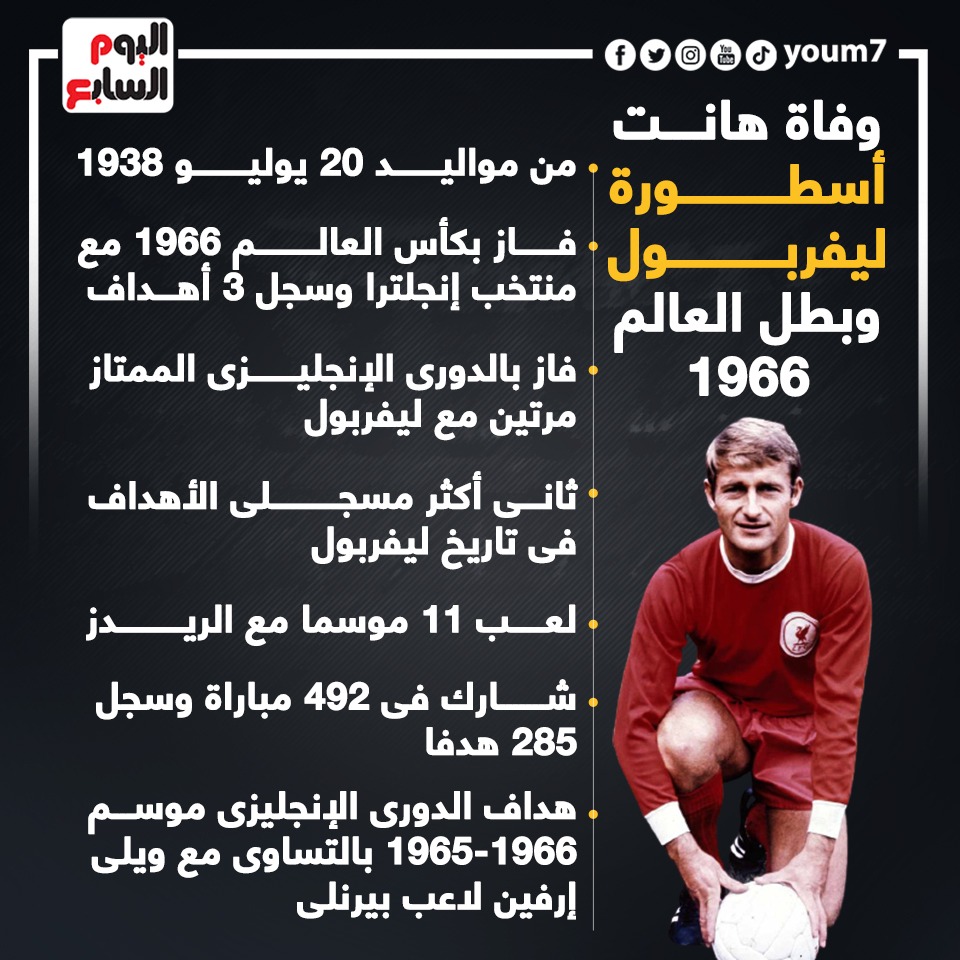