the dollar falls; Lagarde (ECB) insists that inflation is transitory By Investing.com 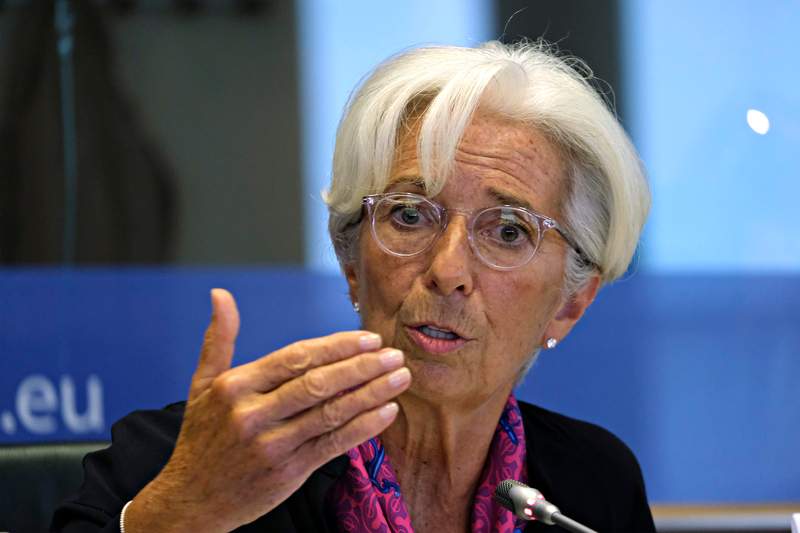 Investing.com – The dollar was largely unchanged in currency markets on Thursday, ahead of a busy day of economic and central bank news.

At 9:00 AM ET, the {{Dollar Index}}, which tracks the currency against a basket of six other majors, is barely changed at 95.47. That has been the pattern this year so far, despite the sharp rise in US Treasury yields, which would normally lend it more support. So far this year, the is down 0.1%.

The swings are all the more surprising, given the increasingly stark contrast between US monetary policy and that of the world’s other major economies. China’s central bank continues its monetary policy tightening to help a struggling real estate sector, cutting its prime lending rate to 3.7% from 3.8% and promising more support in the future. The central banks of Norway, Turkey and Ukraine meet throughout this day.

This move comes just a few days after the Bank of Japan once again reiterated that there is no chance of raising short-term interest rates, as it believes that inflation will remain well below target for at least another two years.

The president of the European Central Bank, Christine Lagarde, has also taken up the issue on Thursday, stating in the virtual World Economic Forum that the conditions that force the Federal Reserve to raise interest rates are not occurring in the eurozone, where wages are rising much more slowly, and that more than half of current inflation is due to energy prices, so it is likely to reverse. The ECB will publish the minutes of its last meeting this Thursday.

The market has received that message with some reservations: the pair rises 0.2% to the level of $1.1369, after the German Statistical Office Destatis reported that producer prices rose 5.0% in the month of December alone, and 24.2% for the year as a whole, well above inflation. Most of that rise was due to natural gas prices more than doubling. Eurozone consumer price data for December will be released at 11:00 AM ET.

Gas supplies to Germany are a central part of another major issue keeping the markets busy at the moment. The Russian ruble fell 0.5% to 76.49 per dollar after US President Joe Biden suggested he believes Russia will invade Ukraine in the near future, in what would be its third invasion of Ukraine. a neighboring State in 14 years.

Other points of interest for the market this Thursday are the data on the applications for unemployment benefits from the United States, which last week showed the first real impacts of the wave of Covid-19 throughout the country. The Federal Reserve Bank of Philadelphia will also release its monthly business survey, while completed home sales data for December will also be released.

NBA: Historic trap in the NBA: a coach cuts the ball in the middle of the rival’s comeback and they don’t whistle anything

NBA: Historic trap in the NBA: a coach cuts the ball in the middle of the rival's comeback and they don't whistle anything