The dollar gives way, but closes its best month since 2015 By Reuters 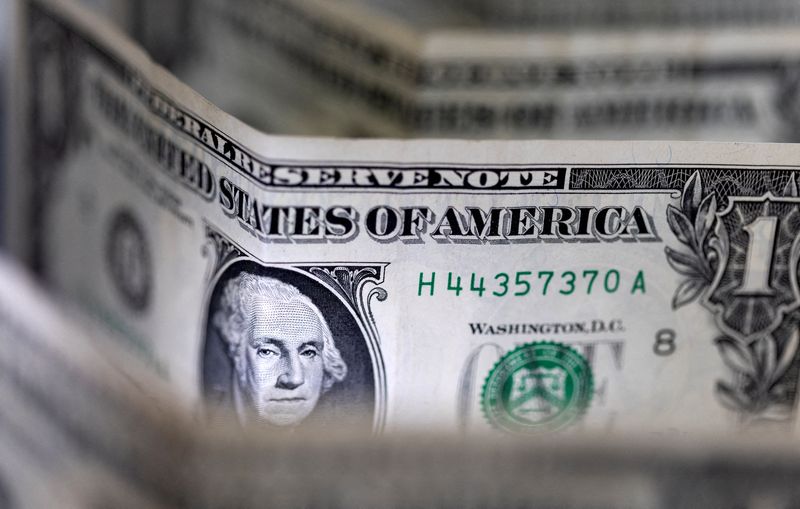 NEW YORK, April 29 (Reuters) – The dollar fell on Friday from 20-year highs against a basket of currencies, but had its best month in seven years as worries about the global economy and the stance of the Federal Reserve, which is very aggressive, reinforced the demand for the greenback.

* The greenback gave back some of those gains on Friday as investors took profits, but still finished the month strong.

* “We have seen some strength from the dollar across the board,” said Vassili Serebriakov, currency strategist at UBS (SIX:) in New York.

* “There is a general story, which has more to do with concerns about the global cycle and helping the dollar through risk aversion, but then there are some idiosyncratic stories like dollar/yen.”

* Concerns about global growth have increased as China enacts lockdowns in a bid to stem the spread of COVID-19.

* The Chinese capital Beijing closed more businesses and residential complexes on Friday, and authorities stepped up contact tracing to contain a COVID-19 outbreak, as unrest grew over Shanghai’s month-long lockdown.

* The Bank of Japan on Thursday reinforced its commitment to keep interest rates ultra-low by pledging to buy unlimited amounts of bonds daily to defend its yield target, prompting the yen to sell off again.

Naomi Judd, country music legend and member of The Judds, has died

Water or electricity, an impossible choice in the face of the mega-drought in the US

Water or electricity, an impossible choice in the face of the mega-drought in the US