The sixth round of the English Premier League championship kicks off on Saturday afternoon with fiery confrontations that will bring Chelsea together with Manchester City, as well as Manchester United hosting Aston Villa, as the Blues refused to disengage with Liverpool and Man United at the top of the championship standings for the current season 2021 / 2022.

3 clubs in the English Premier League, Liverpool, Manchester United and Chelsea, have managed to maintain their unbeaten record so far, after 5 rounds in the Premier League..

Chelsea continued to share the top spot in the English Premier League with Liverpool and Manchester United, both of whom have 13 points at the top of the general standings, but the Blues beat the Reds and Devils on goal difference. .

Chelsea reached the thirteenth point at the top of the English Premier League standings, collected by winning 4 games and drawing one, scoring 12 goals and receiving one goal, which are the same numbers at the level of results and top scorer with Liverpool.

The Egyptian international, Mohamed Salah, is leading a new test today, Saturday, when his Liverpool team will visit Brentford at Griffin Park at 6:30 Cairo time, in the sixth round of the English Premier League competition.“.

Liverpool is in second place on the table with 13 points, equal with leaders Chelsea and Manchester United, third, with the same balance.

Brighton continued his happy surprises in the Premier League table, after reaching the 12th point, after achieving a broad victory at the expense of Leicester City in the match that was held between them at the “AMEX” stadium, two points ahead of the Premier League champion..

Manchester City finished fifth in the English Premier League table with 10 points, after falling into the trap of a draw against Southampton in the match that was held between them on Wednesday evening at the “Etihad” stadium.“.

With the same balance, Everton came sixth in the English Premier League table, while Tottenham fell to seventh place with 9 points, after losing the London derby on Thursday evening.. 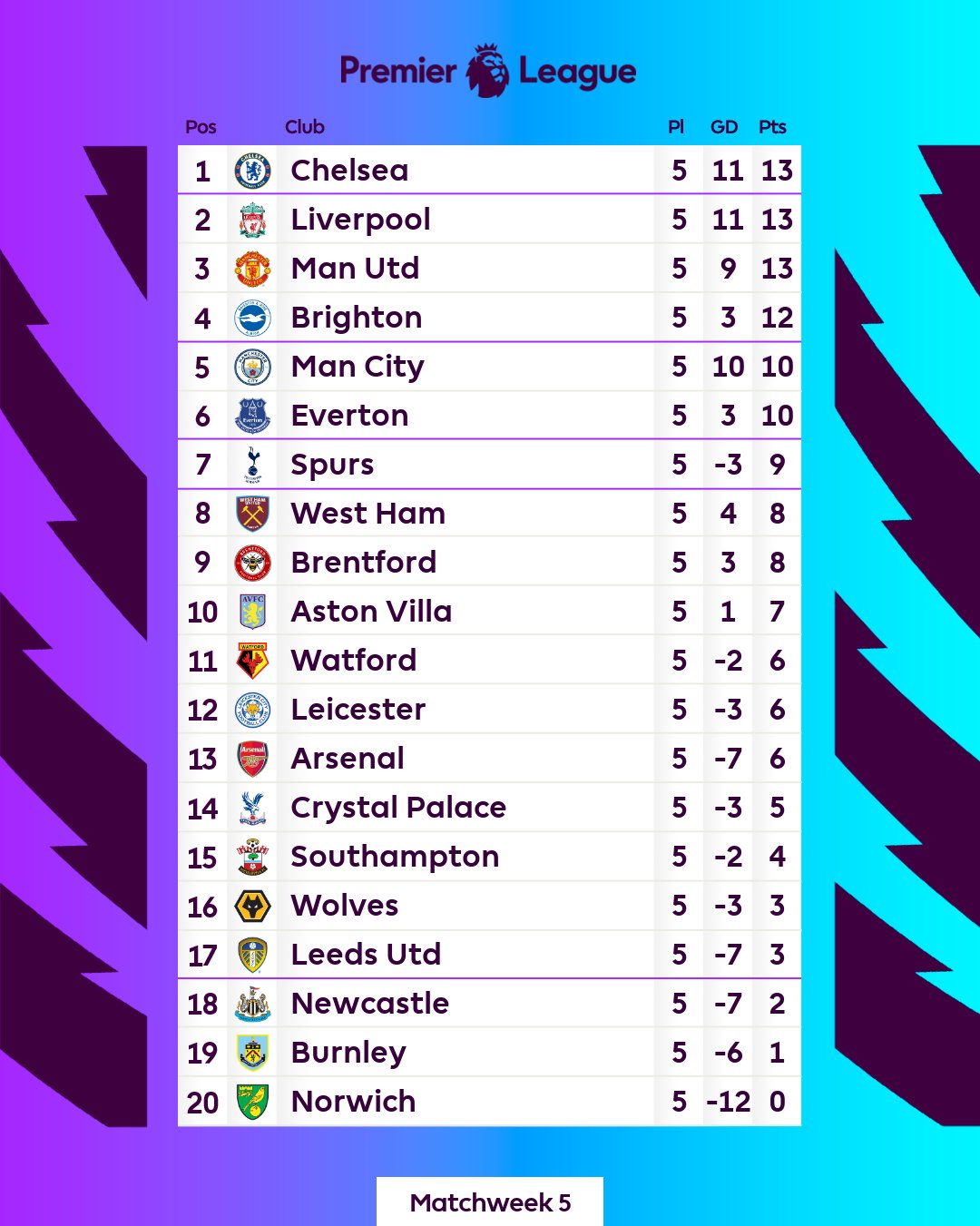