The expansion of the war to the west of Ukraine “is not a surprise”. 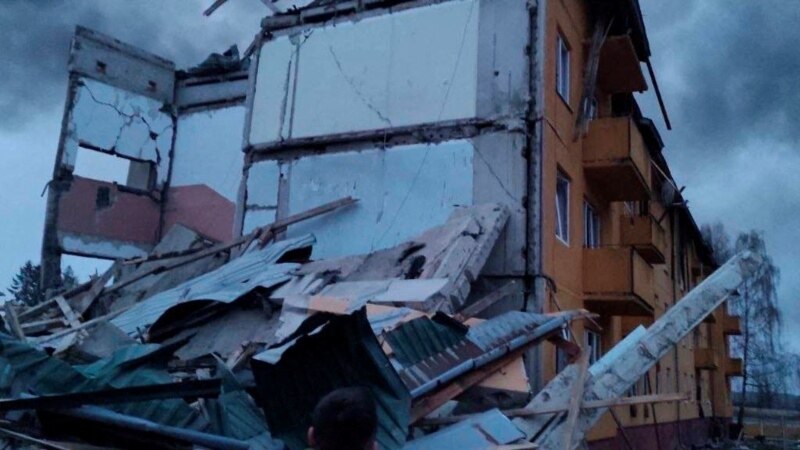 US officials said the deadly bombing of russia in the western part of Ukraine on Sunday, near the border with Poland, is something they had anticipated.

“This is not a surprise to the American national security and intelligence community,” US National Security Adviser Jake Sullivan said during a Sunday morning appearance on CNN. “What it shows is that Vladimir Putin is frustrated that his forces are not making the kind of progress that he thought they would.”

At least 35 people were killed and 134 injured early Sunday morning when Russia fired cruise missiles at the International Center for Peacekeeping and Security, a military base in western Ukraine.

The facility, not far from Lviv, is where NATO units train with Ukrainian troops.

NATO troops in Poland are a mere 25 kilometers away, raising concerns that even one misstep by the Russian military could cause the war to widen further.

“If Russia attacks, shoots into NATO territory, the NATO alliance will respond to that,” Sullivan warned in an interview on CBS’s “Face the Nation.”

“We cannot predict the time or the place,” Sullivan said on CBS, noting an escalation of rhetoric from Moscow falsely accusing the US and Ukraine of developing chemical or biological weapons to use against Russian troops.

“That’s an indicator that the Russians are getting ready to do it” and blame others, according to Sullivan.

On NBC’s “Meet the Press,” Sullivan said, “We have consulted with our allies and partners on this, and we are prepared for that eventuality.” The official echoed US President Joe Biden’s warning last week that Russia would face dire consequences if such weapons were deployed.

In recent days, satellite images and media reports have indicated that Russian armored units are poised to relaunch a major offensive to attempt to take Ukraine’s capital Kiev after a lull.

An award-winning American filmmaker and journalist is among the latest victims of the conflict near the capital.

Brent Renaud died in Irpin, a suburb of Kiev, according to authorities.

“It is yet another example of the brutality of Vladimir Putin and his forces as they have attacked schools, mosques, hospitals and journalists,” Sullivan said on CNN’s “State of the Union.”

Renaud, who had previously worked for The New York Times, NBC and HBO, “paid with his life for trying to expose the insidiousness, ruthlessness and ruthlessness of the aggressor,” said a statement from Anton Gerashchenko, an adviser to Ukraine’s interior minister. .

In recent days, the focus of the invasion has shifted to the besieged port city of Mariupol in southeastern Ukraine.

“We have already evacuated almost 125,000 people to safe territory through humanitarian corridors,” Ukrainian President Volodymyr Zelenskyy said in a video address released on Sunday. “We are doing everything possible to counter the occupiers who are even blocking the Orthodox priests who accompany this aid, food, water and medicine. There are 100 tons of the most necessary things that Ukraine sent to its citizens.”

Ukraine’s Foreign Ministry tweeted on Saturday that Russian forces had bombed a mosque in Mariupol where 80 people, including some from Turkey, were sheltering.

Seven civilians, including a child, were killed in a designated humanitarian corridor on Saturday when Russia struck the convoy, forcing the civilians to turn around, Ukraine’s Defense Ministry said.

Some 13,000 people were evacuated along routes that had been agreed as safe passageways for civilians, according to Vereschuk.

Also on Saturday, a Russian missile attack destroyed a Ukrainian air base in the city of Vasylkiv, according to Mayor Natalia Balasynovych, who said an oil depot was also destroyed.

Tom Brady Announces He’s Not Retiring After All: ‘My Place Is Still On The Field’

The developments of Russia’s war on Ukraine today.. Washington condemns the missile attack near the borders of Poland and Moscow requests military equipment from Beijing | Politics news

The developments of Russia's war on Ukraine today.. Washington condemns the missile attack near the borders of Poland and Moscow requests military equipment from Beijing | Politics news