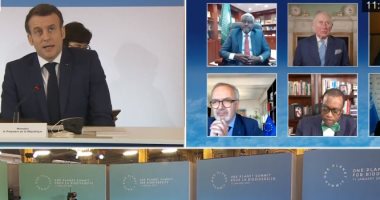 On Monday, French President Emmanuel Macron called for the need to reduce carbon levels and preserve biodiversity, stressing the importance of confronting the phenomenon of desertification around the world.

Snow in Spain: Clear up begins after blizzards but ice now posing a major hazard

Libya .. Mahmoud Al-Warfali threatens the owner of a Toyota car dealership in Benghazi: “Stay outside and never come back, because you are dead.”

Coronavirus second wave: what impact for Europe? A live debate from the EU Parliament

Courtney Stodden claims that Chrissy Teigen 'never' reached out to them privately to apologize for the abusive...