The Great Conjunction: Jupiter and Saturn to align in the sky tonight 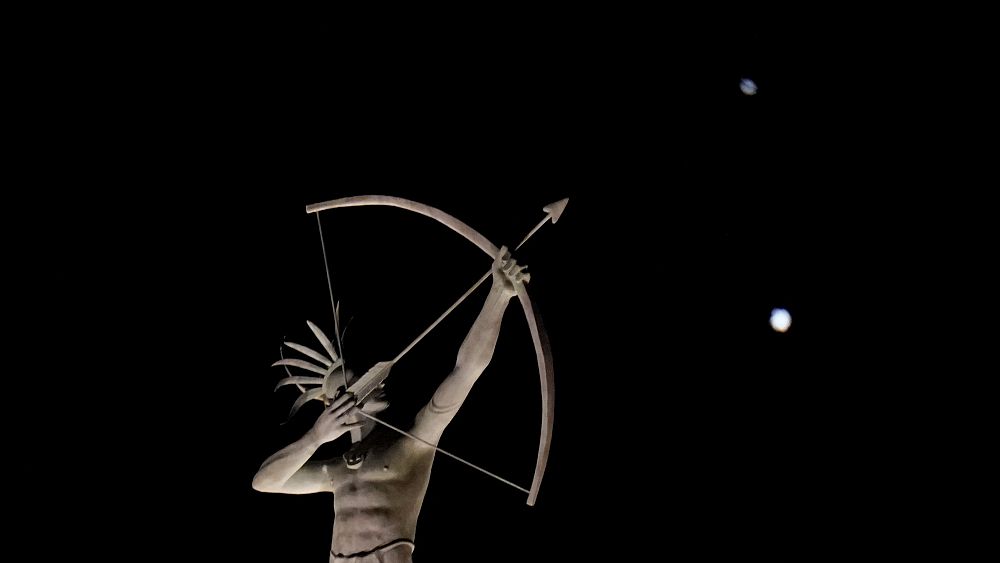 Jupiter and Saturn, the two largest planets in our solar system, will align today in an event known as the Great Conjunction.

While the planets pass each other in their respective orbits around the Sun every 20 Earth years, they won’t have been this close in the sky since 1623.

They have been visible close together in the night sky for most of this year, but Monday night will be their closest point as viewed from Earth – less than the diameter of the full moon apart.

“You can imagine the solar system to be a racetrack, with each of the planets as a runner in their own lane and the Earth toward the center of the stadium,” said Henry Throop, an astronomer in the Planetary Science Division at NASA Headquarters in Washington.

“From our vantage point, we’ll be able to see Jupiter on the inside lane, approaching Saturn all month and finally overtaking it on December 21”.

Stargazers will be able to observe the gas giants through a pair of binoculars, according to Professor Matthew Bate, Head of Astrophysics at Exeter University in the UK.

“If you have binoculars with the magnification of greater than about eight times, then you should be able to see some of the Galilean moons,” he said.

The best time to view the event in the UK will be between 30 minutes and two hours after sunset, according to Exeter University’s website.

Panic-buyers queue from 5.50am as ports chaos puts festive meal in jeopardy

4 years in prison for the wife of a former South Korean justice minister, following a fraud scandal