The great dishwasher debate! Should your cutlery point up or down in the appliance?

Should your cutlery point up or down in the dishwasher? Consumer expert reveals which method leads to a better clean – ending the debate for good

An expert from Australian consumer company CHOICE has settled an age-old debate as to whether cutlery should be placed up or down in the dishwasher.

While instruction manuals and brands may have alternative opinions, CHOICE’s resident dishwasher guru Ashley Iredale provided a thorough explanation on the best option.

He said the difference between placing the cutlery up or down is ‘marginal’, but it’s best to place the cutlery facing down for health and safety reasons. 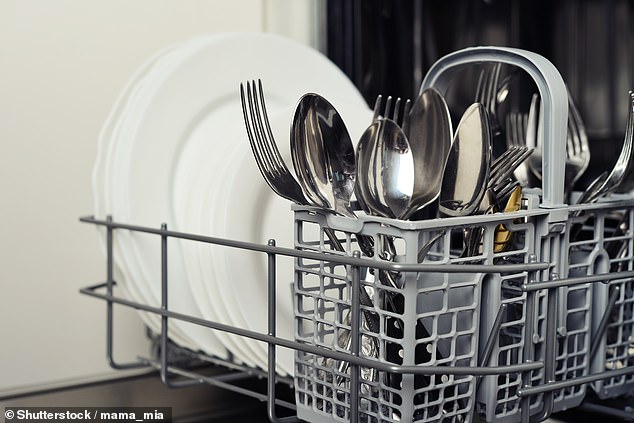 While instruction manuals and brands may have alternative opinions, CHOICE’s resident dishwasher guru Ashley Iredale provided a thorough explanation on the best option

Which way does your cutlery face in the dishwasher?

Placing the cutlery facing down will likely prevent more injuries than compared to facing up, the expert explained.

‘The last thing you want to do is get your clean knives and forks dirty again by bleeding all over them because you stabbed yourself reaching into the tub without due care and attention,’ he said.

Although placing the utensils upwards may seem like the better option, Ashley said it’s not worth risking hurting yourself on a sharp knife or fork. 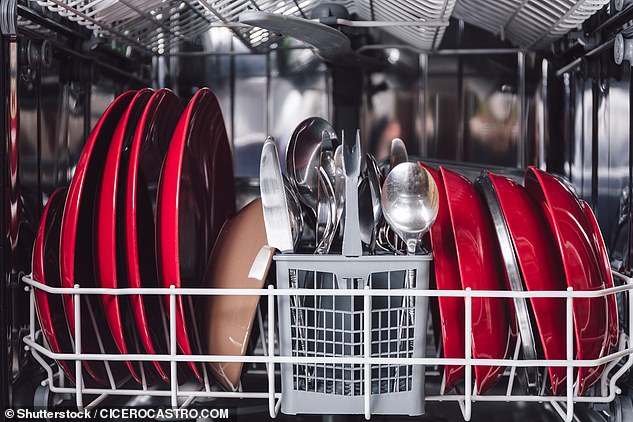 Placing the cutlery facing down will likely prevent more injuries than compared to facing up, the expert explained

Having the utensils placed downwards also makes it easier to unload the dishwasher basket, as the cutlery can be popped back in the drawer swiftly.

‘It goes slightly smoother if everything’s facing the same direction from the outset,’ Ashley said.

‘It’s not a huge deal – you’re saving seconds, not days. But hey, the whole point of a dishwasher is to save time and effort in the kitchen, so every little bit counts.’

Tips for stacking cutlery and utensils in the dishwasher:

1. Avoid cutlery ‘nesting’ together too close

5. Consider whether the cutlery tray or basket is easier for you to unload, as both do the same job

With the handles facing upwards, the cutlery heads will remain untouched and so fewer germs will spread.

‘Your fingers are covered in germs and bacteria, so obviously you want to minimise touching any surface that’s going to come into contact with your food if you can,’ Ashley said.

The less the cutlery is touched, the fewer fingerprint marks will be on the handles too.