The Guardian: Politicizing the judiciary and repression are Erdogan’s weapons to crush his opponents and ensure his survival 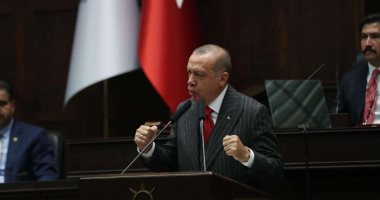 The British newspaper (The Guardian), today, Sunday, highlighted the suffering of the Turkish opposition, due to the continuous violations against it by the Erdogan regime, amid the use of the Turkish judicial system as a weapon to implement political agendas.

(The Guardian) said that with Turkish President Recep Tayyip Erdogan strengthening his grip on power, Turkish politicians say that the Turkish state’s suppression of opposition has become unprecedented, especially the repression practiced by the Ankara government against the Kurdish Peoples’ Democratic Party, which constitutes a major threat to Erdogan’s authority.

“It is almost impossible to hold competitive elections in Turkey anymore, and if the HDP shows signs of fighting a real battle, the government will move to prevent it,” said Tepav Selim Koro, analyst at the Turkish Economic Policy Research Center.

“It was an isolated year,” said Adalat Fidan, mayor of Silopi, in the Kurdish southeast of Turkey.

Fidan emphasized that “there is a lot of pressure and responsibility. Every day I wake up and feel anxious about my fate, and I think it is my role to dismiss me. The law does not mean anything here. I can be fired from my job or sent to prison because of fabricated terrorist charges or false witnesses.”

In 2019 when Fidan was elected she was among a powerful group of 65 candidates from the progressive left and the pro-Kurdish (HDP) party to win seats in local elections nationwide, but now, after the government’s ongoing crackdown and purge of ( Democratic Peoples’) became one of only 5 mayors from the HDP left in their posts, and the rest were dismissed or imprisoned and replaced with government appointees, according to the Guardian newspaper.

As for Hasib Kaplan, a prominent Kurdish lawyer, politician and author, he said, “I have practiced law since 1980, and I have not seen such aggressive and ruthless behavior as the behavior of the government of the Justice and Development Party (the ruling party led by Erdogan) in all those years.”

He added, “Previously, we could at least defend our clients in court, but today there is a government seeking to control independent bar associations, as well as appointing judges who do not have experience in the higher courts. These are difficult days.”

The newspaper (The Guardian) stated that the future of the (Peoples’ Democratic Party) was looking bright. The party was formed from the coalition of Kurdish leftists and nationalists in 2012, and the party is often compared to the movements of the Green Party, and European social democratic parties, such as Podemos in Spain, Syriza in Greece, except Erdogan’s men have not stopped chasing his men.

She indicated that among the crimes of repression that the party has been subjected to is the arrest of the former leader of the HDP, Salahuddin Demirtaş, who now faces up to 142 years in prison, despite the European Court of Human Rights demanding his release, and its assertion that his imprisonment is against the law.

She added that the newly formed Kurdistan Democratic Party, which was registered in the unofficial Kurdish capital Diyarbakir earlier this month, is widely believed to be funded by government-friendly sources in an effort to absorb conservative Kurdish voices.

'Not through writing history': With three wins in a row, Astros even ALCS to force Game 7 against the Rays