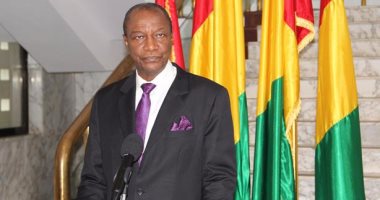 Guinean President Alpha Conde called for the formation of a joint African military force to fight terrorist groups operating in a number of African countries.
Conde added, during his meeting with the Malian Vice President, Assemi Guetta, in the capital, Conakry, that the countries of the continent must join their armies to restore peace and social calm in the countries facing terrorism.
Conde stressed that the Africans must assume their responsibilities, pointing out that it is important to create real African forces capable of facing all security threats and instability.
He renewed his country’s commitment to continue its support for the Malian armed forces to bring peace to this country.

CNN: Mike Pence does not rule out the implementation of Amendment 25 and the removal of Trump from office