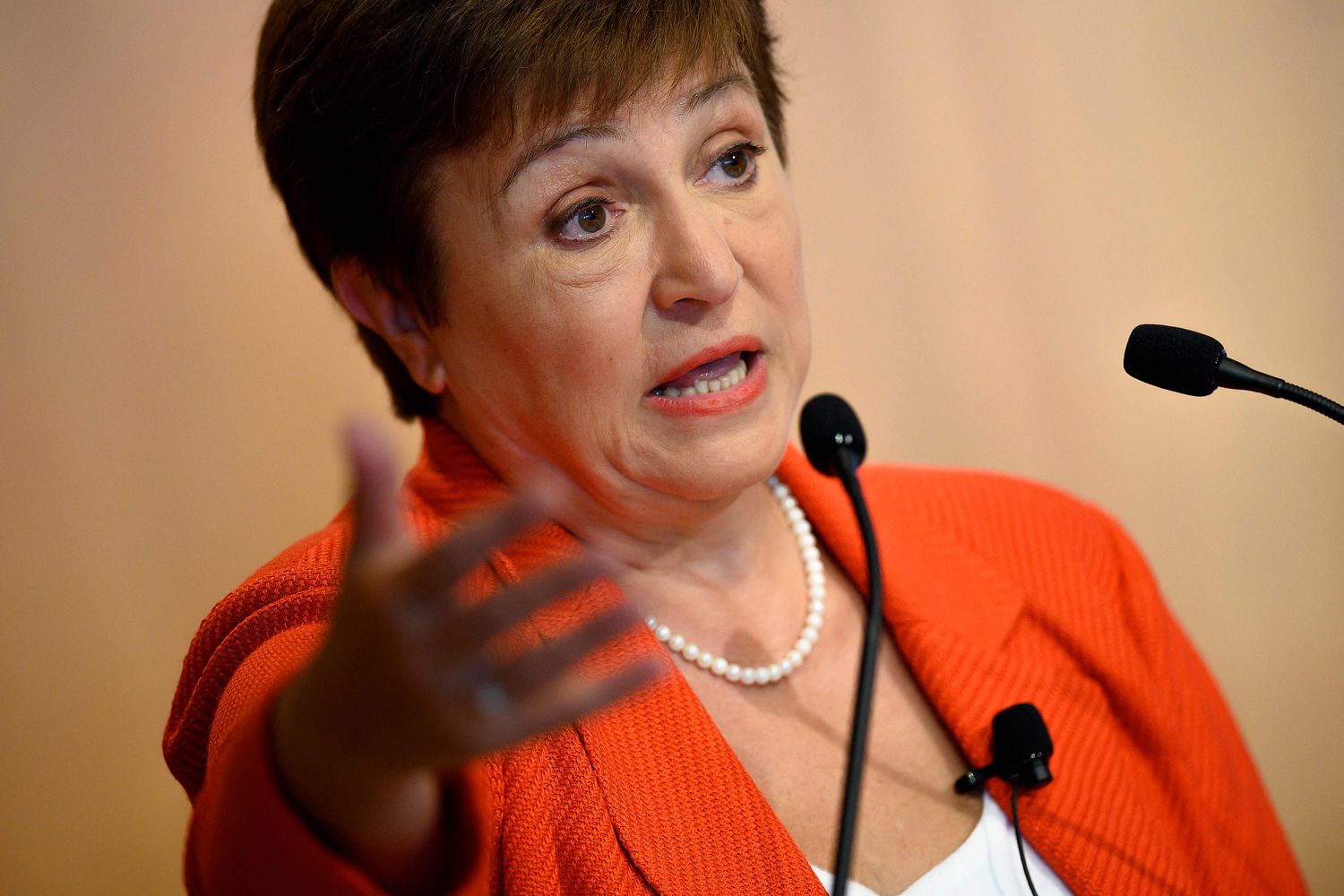 The road is narrow, but it exists. The International Monetary Fund (IMF) believes that the United States can avoid a recession and that if it suffers, it will be short, even if it tightens its policy to control inflation. However, he admits that the risks are there, they are growing and will increase in 2023 and he assumes a strong slowdown in the economy. In presenting the conclusions of its annual analysis of the US economy, the Fund has lowered growth forecasts for the United States. Kristalina Georgieva, managing director of the Fund, calls for the necessary measures to be taken to reduce inflation, including the elimination of tariffs imposed in recent years.

“We expect the US economy to slow down,” Georgieva said on Friday. “We are aware that the path to avoid a recession is narrowing. We also have to acknowledge the uncertainty of the current situation. The economy is still recovering from the pandemic and major shocks are taking place from the Russian invasion of Ukraine and lockdowns in China. Other negative shocks would inevitably make the situation more difficult”, she added.

The IMF has lowered its growth forecasts for the United States from 3.7% to 2.9% this year; from 2.3% to 1.7% for the next, and expects that in 2024 growth will be only 0.8%, to resume force the following two years. Both Georgieva and the Fund’s economists have underlined this Friday the strength of the US economy, and their hope that the soft landing sought by Jerome Powell, president of the Federal Reserve, will take place, but they have admitted the high uncertainty about the future.

The Fund itself acknowledges in the conclusions of its analysis how complicated the situation is. “Clearly there is a lot at stake. An error in the mix of policies -in either direction- will cause considerable economic costs in the country and negative repercussions in the world economy”, say its economists. Too strong a response, they say, risks triggering a sharp tightening of financial conditions and a recession in the United States, with negative repercussions for the world economy. However, insufficient policy change “would risk provoking a prolonged period of high inflation that would require even stronger, and more economically costly, measures in the future,” their report says.

Within this narrow path, the IMF is optimistic that the rise in official interest rates to around 3.5%-4% forecast by the Federal Reserve “should create a tightening of financial conditions that will quickly return inflation to the objective”, according to the managing director of the Fund. In its projections, the agency believes that the price rise rate will already be only 2% by the end of 2023, compared to the current 8.6%.

“The success [al contener la inflación] it will be beneficial for global growth, but a bit of pain to achieve that success may be a necessary price to pay”, said Georgieva.

Georgieva has been encouraged to contribute as much as possible to ease supply constraints. “As a first step, the Administration should withdraw the tariffs introduced in the last five years (including those on steel, aluminum and a number of products imported from China). This would support growth and help reduce inflation,” the agency says.

“During our talks, the authorities have underlined their commitment to an open, transparent and rules-based international trading system,” Georgieva told a telematic press conference. And she added: “In this context, especially at a time when inflation is high and supply chains are strained, we can see clear benefits in reducing the tariffs that were introduced in the last five years.”

The organization also recommends that the United States increase the resistance of its supply chains, with a greater diversification of the supply of inputs in the different countries, the improvement of infrastructures, logistics and information systems, and the reduction of commercial costs. But he warns against using such policies to favor domestic producers over foreign ones or to create incentives that fragment the world trading system.

On fiscal policy, Georgieva has said the IMF was strongly behind President Joe Biden’s proposed $1.9 trillion stimulus package of social and climate spending. The lack of support in Congress “represents a missed opportunity,” she has said.

Gender equality is good for the economy, says Georgieva

The managing director of the International Monetary Fund, Kristalina Georgieva, has avoided this Friday analyzing the effects that the Supreme Court’s ruling on abortion may have for the United States economy, but she did want to emphasize that “gender equality is good for the economy,” according to Efe. In a telematic press conference in Washington, hours after the Supreme Court revoked the constitutional protection of the right to abortion in the United States, Georgieva was asked about this matter and declined to comment on “an internal judicial decision” in this country.

He did say, however, that the Fund’s institutional view of women’s empowerment is based on “years of research” and is “very clear: gender equality is good for the economy.” “We will continue to work so that legislators everywhere understand” that such equality is not only “a matter of rights” but is also “directly related to economic development.”

As an example, he pointed out that in his report on the US economy they recognize that there are “negative” demographic effects in the labor market that are affecting the workforce. That is why she has defended that there be measures that encourage incorporation into the labor market, and that includes “making it more favorable and easier for women” to integrate into said market.

NBA: The Blazers continue their reconstruction with Jerami Grant

NBA: The Blazers continue their reconstruction with Jerami Grant