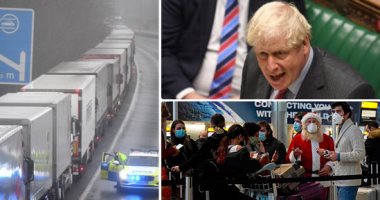 The British newspaper The Independent said that millions of Britons entered a higher level of Corona restrictions in England and Scotland, with Wales and Northern Ireland introducing more stringent measures from today, Saturday, noting that about 43% of England’s population are subject to the fourth layer of Corona restrictions, which is the most Tougher, and the new restrictions that millions face came against the backdrop of the emergence of a new mutated strain of the Corona virus and its spread in Britain.

A report issued by the Strategic Advisory Group of Experts revealed SAGEA major advisory group for the World Health Organization (WHO) in vaccine work, about the rise in the curve of infections and deaths in Britain, during Christmas celebrations, after the United Kingdom recorded 28,507 cases of infection, despite the imposition of strict restrictions on about 38 million people, for fear of The new mutated strain of the Coronavirus has spread