The Independent: Brexit updates to be extended again before the deadline after a “decisive moment” 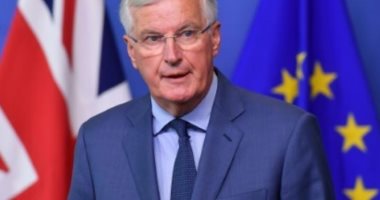 Michel Barnier, chief EU negotiator, indicated that post-Brexit trade talks would continue even if the deadline passed tonight without an accord, saying they had reached a “decisive moment”.

But Michel Barnier did not do much to raise the UK’s hopes that the European Union would change its position significantly in the coming hours, amid fears that Britain is heading towards a harmful exit from the European Union without a deal, according to the British newspaper, The Independent.

But both men also indicated that the talks would continue past the supposed deadline of midnight.

Members of the European Parliament have said that the two sides have until Sunday to reach an agreement.

Barnier said the negotiations were at a “decisive moment”.

In what would be seen as a specific comment, Barnier wrote in a tweet that while the European Union “remains committed to a fair, reciprocal and balanced agreement. We respect the sovereignty of the United Kingdom. We expect the same”.

Over the weekend, British sources said, it is increasingly likely that the transition period will end on December 31 without an agreement, a result that economists have warned will be disastrous..

A government source said, “Unfortunately, the European Union is still struggling to obtain the required flexibility from member states and continues to make demands that are not compatible with our independence.”

Egypt … a rich man divorces his wife without her knowledge and lives with her for 14 years!