I’ll admit it: I have a drinking problem. But mainly only with white wine, not red. And always with bubbles.

No, it’s not an addiction – far from it.

I’ll illustrate this with an instantly regrettable decision I made on Christmas morning: I had half a glass of champagne, and by lunchtime, the familiar burn in my temples had sent in.

I was grumpy, angry and off my food. Painkillers didn’t help, and the dreadful feeling has only just lifted this morning. And I’m not alone.

Friends report itchy, red eyes after one glass of wine, or a cocktail, while others suffer blotchy skin, or even muscle aches. 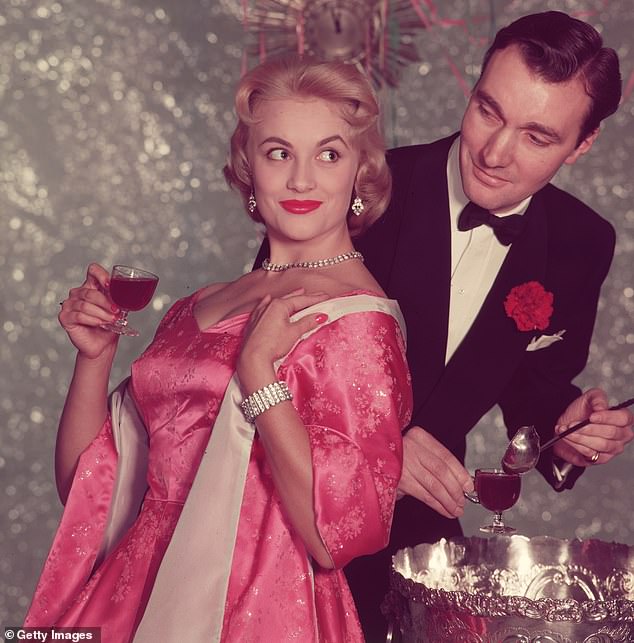 Dr Rubaiyat Haque explains that some people lack an enzyme called aldehyde dehydrogenase in the liver, which is involved in the metabolism of alcohol. Pictured: Stock image

Meanwhile my fiance, Mark, enjoyed half a bottle of Christmas bubbly and two gin and tonics and remained headache-free.

In fact, booze rarely even makes him tipsy. So what’s going on – am I allergic to alcohol? I asked Dr Rubaiyat Haque, who runs a specialist allergy service at Guy’s and St Thomas’ Hospital, London.

‘An allergy to alcohol doesn’t really exist,’ says Dr Haque. ‘Allergies are the immune system over-reacting to a harmless substance – leading to hives, swelling, difficulty breathing, a drop in blood pressure and even collapse.

‘But alcohol molecules are too tiny for the immune system to recognise and trigger an allergic response.’

Intolerances, on the other hand, could be at play. They are not triggered by an immune response but are usually to do with problems with the digestive system or liver.

Dr Haque explains that some people lack an enzyme called aldehyde dehydrogenase in the liver, which is involved in the metabolism of alcohol. 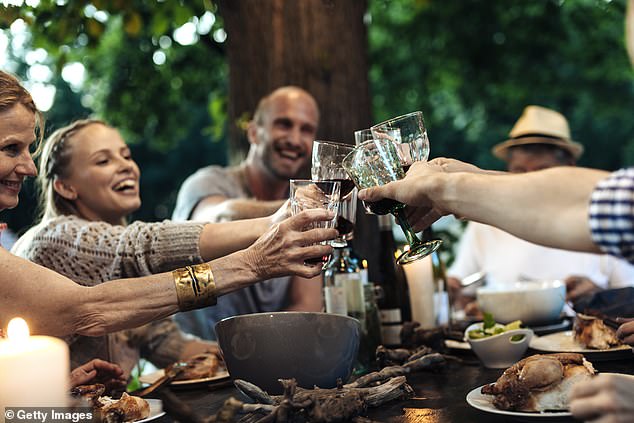 This leads to a build-up of a toxic substance called acetaldehyde, which causes a host of nasty symptoms including a red, flushed face and neck, and occasionally a rapid heart rate, headache or nausea. Pictured: Stock image

This leads to a build-up of a toxic substance called acetaldehyde, which causes a host of nasty symptoms including a red, flushed face and neck, and occasionally a rapid heart rate, headache or nausea.

However, it’s unlikely this will affect me as it most common in those of south east Asian descent.

Roughly one in three Chinese, Japanese and Korean people will suffer this so-called ‘Asian-flush’ reaction, but very few of Caucasian heritage do.

For many people, alcohol itself is not the issue – wine is.

People with allergies to peanuts or eggs should limit alcohol intake over the festive season, according to allergy experts, as reactions can become much more severe after drinking.

Studies show that those who don’t usually suffer severe allergic reactions can experience more severe symptoms – like rashes, wheezing and the throat closing up when drinking booze.

Although alcohol suppresses the body’s ability to fight infection, it also triggers an increase in the release of histamine – the chemical produced by the immune system that floods the body during an allergic reaction.

A slight increase for people without allergies causes blood vessels to dilate, or open, causing a flushed face or red nose.

But in those who suffer allergies, the symptoms are dramatically exacerbated.

It’s not just food allergies that are worsened by alcohol – studies show that more than a third of those with allergy-driven asthma wheeze, cough experience more breathlessness after a few glasses of wine.

An intolerance to the preservatives found in wine, called sulphites, is not uncommon, causing a host of symptoms such as wheezing, itchy eyes and flushed skin, in about one in 100 people.

Incidentally, I’ve never noticed the reaction I have to wine happening if I eat dried apricots.

A typical dry white contains up to twice the sulphites (100mg per litre) of an average red.

And dessert wines have even more sulphites. If you opt for organic wine, with say 50mg per litre, reactions are less likely.

Studies show that around seven per cent of adults suffer some intolerance to wine – interestingly, the majority of them are women.

And they can develop at any point in life, according to Dr Haque.

‘But it could well be many other things in wine that spark symptoms – grape proteins or compounds found in plant skins called tannins, enzymes added to help fermentation, or additives. Some people are allergic to the small amount of yeast in wine.’

At his London clinic, Dr Haque often asks patients to undergo a skin test to work out if they have an allergy. This involves placing a drop of the drink on the forearm, placing a pinprick through it and waiting 15 minutes to see if there’s a reaction.

‘If a red weal – or hives – appears, it suggests an allergy,’ says Dr Haque. ‘Then it is a case of figuring out which ingredient in the drink provokes the reaction.’

If no allergy is found, and a sulphite intolerance is suspected, the patient might take a sulphite challenge test.

This means taking capsules with different amounts of sulphites and monitoring patients for symptoms.

But the test isn’t foolproof – it works on only about five per cent of people with sulphite-related symptoms.

‘The best test to find out if you’re sulphite intolerant is to drink organic wine, or very low sulphite wine, and see what happens,’ says Dr Haque.

Otherwise, an individual’s ability to handle their drink may be at play, too. 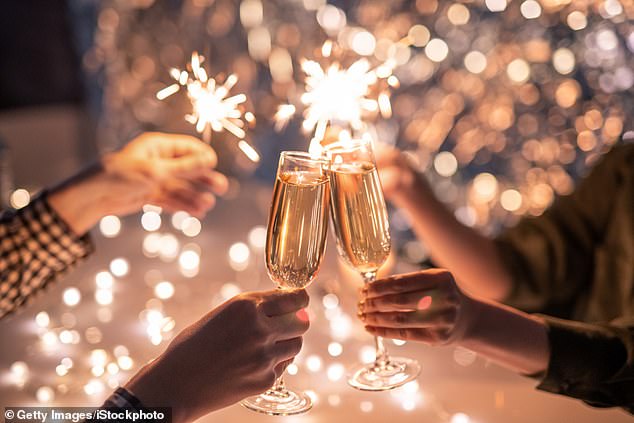 Roughly one in three Chinese, Japanese and Korean people will suffer this so-called ‘Asian-flush’ reaction, but very few of Caucasian heritage do. Pictured: Stock image

Body size has a role to play, as the bigger you are, the more liver enzymes there are to break down the alcohol, moving it quickly out of the body, explains Dr Haque. But it’s also possible to increase the amount of enzymes in the liver.

As we drink more over the years, the liver produces more enzymes to cope with the quantity of alcohol – so feeling intoxicated becomes more difficult.

As for those who can carry on drinking until the bitter end of the night, a protein produced by the liver involved in regulating our appetite might be partly responsible. Studies have shown that those with high levels of this protein – called FGF21 – have an increased appetite for alcohol.

Research also shows that by reducing the amount of this protein in the body, individuals are less likely to desire drink.

So, with New Year’s Eve around the corner – even in a small way due to the pandemic – all is not lost, and I could have a glass of something. But does organic wine count as essential shopping?

For the sake of my sanity, let’s just say it does.