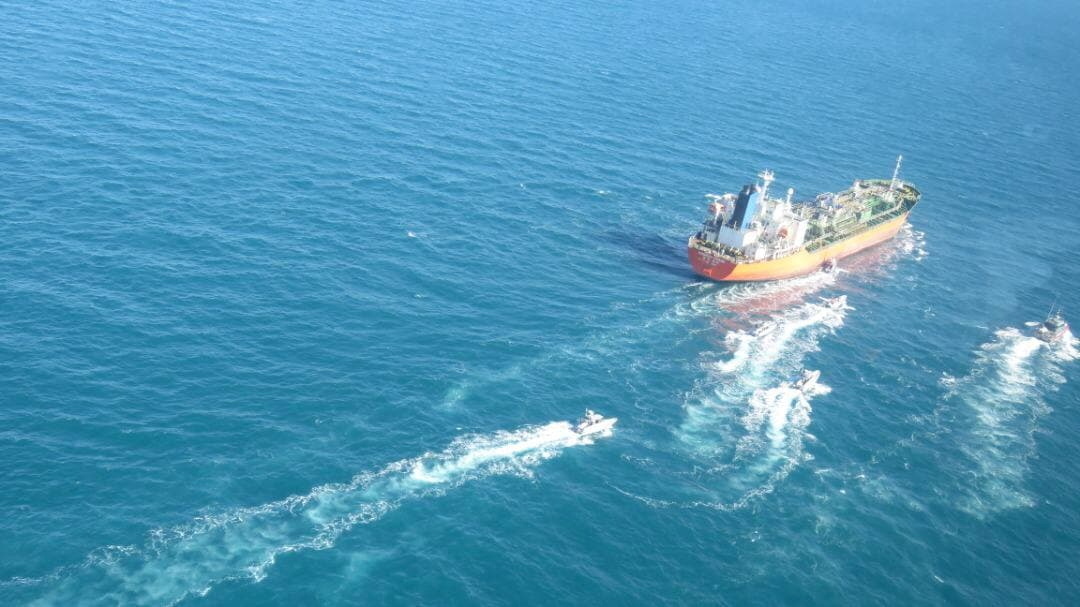 The South Korean tanker seized by the Iranian Revolutionary Guard

Iranian Foreign Ministry spokesman Saeed Khatibzadeh confirmed that the rumors received regarding the possible release of the South Korean tanker “are not credible.”

Khatibzadeh stressed, in response to journalists’ questions about the news about the possibility of the release of the Korean tanker, that “the positions and decisions of the judiciary authority in Iran are only announced through its spokesperson, and that any statements by irresponsible individuals are not credible in this regard.”

Khatibzadeh pointed out that the South Korean tanker was arrested according to a judicial decision due to its pollution of the marine environment in the Gulf waters, and that the file related to it is now under trial, so any development in this case is only due to the judge’s opinion.

The naval force of the Revolutionary Guards stopped a South Korean tanker bearing the trade name “Hankook Chimi” and carrying 7200 tons of petrochemical materials for violating environmental protocols in the Gulf, according to Tehran, which was denied by Seoul.

Project 17: One girl’s quest for clean water in Rwanda

Beer for dessert? Sure, now that you can take home Yuengling Hershey's Chocolate Porter