The Judds join the Country Music Hall of Fame 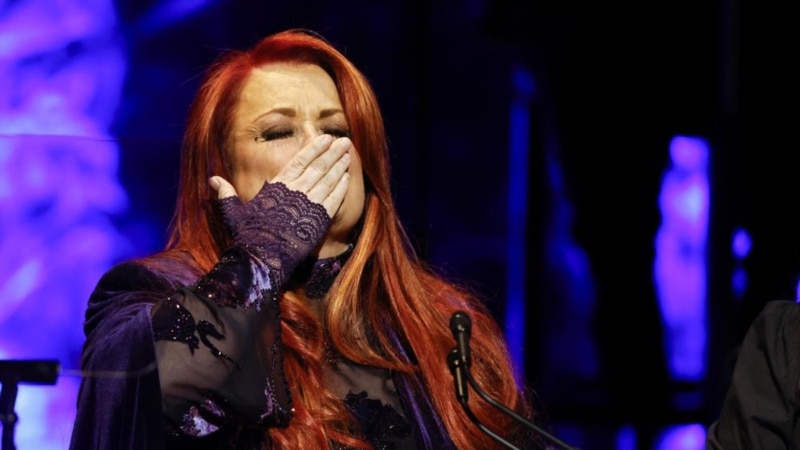 The Judds joined the Country Music Hall of Fame on Sunday in a ceremony filled with tears, music and laughter, just one day after Naomi Judd died unexpectedly.

The loss of Naomi Judd disrupted the usual celebration, but the music continued to blare as singers and musicians from the genre mourned the country legend and celebrated the four newest members of the hall: The Judds, Ray Charles, Eddie Bayers and Pete Drake. Garth Brooks, Trisha Yearwood, Vince Gill and many more performed their hit songs.

Naomi and Wynonna Judd were one of the most popular duos of the 1980s, scoring 14 No. 1 hits during their nearly three-decade career. On the eve of her induction, the family said in a statement to The Associated Press that Naomi Judd died of “mental illness” at age 76.

His daughters Wynonna and Ashley Judd tearfully accepted the award, hugging each other and reciting a Bible verse together.

“I’m sorry she couldn’t make it through today,” Ashley Judd said of her mother to the crowd as she wept. Wynonna Judd spoke about her family reunion as they bid her farewell and together with Ashley recited the 23rd Psalm.

“Even though my heart is broken, I will continue to sing,” said Wynonna Judd.

Fans gathered outside the museum, drawn by a bouquet of white flowers at the entrance and a small framed photo of Naomi Judd below. A single rose was placed on the ground.

The addition of Charles highlighted his genre-defying country releases, demonstrating the commercial appeal of country music. The Georgia-born singer and pianist grew up listening to the Grand Ole Opry and in 1962 he released “Modern Sounds in Country and Western Music,” one of the best-selling country records of its day.

Blind and orphaned at a young age, Charles is best known for R&B, gospel and soul, but his decision to record country music changed the way the world perceived the genre, widening his audience in the age of fighting for civil rights.

Charles’ version of “I Can’t Stop Loving You” spent five weeks atop the Billboard 100 and remains one of his most popular songs. The singer died in 2004.

Country Music Hall of Famer Ronnie Milsap said he knew Charles when he was young and others tried to imitate him, but no one could match him.

“There was only one and only one of him,” Milsap said. “He sang country music the way it should be sung.”

Charles is only the third black artist inducted into the Country Music Hall of Fame, joining Opry pioneer DeFord Bailey and Charley Pride.

“Mr. Charles always stood tall for what he loved,” said Valerie Ervin, president of the Ray Charles Foundation. “And country music was what he really loved.”

The Hall of Fame also inducted two musicians who were instrumental to many country songs and singers: Eddie Bayers and Pete Drake.

Bayers, a drummer in Nashville for decades who worked on 300 platinum-certified records, is a member of the Grand Ole Opry band. He regularly played on records by The Judds, Ricky Skaggs, George Strait, Alan Jackson and Kenny Chesney. He is the first drummer to join the institution.

Drake, who died in 1988, played pedal steel guitar and was one of Nashville’s great session musicians. He played on such hits as Tammy Wynette’s “Stand By Your Man” and George Jones’s “He Stopped Loving Her Today”. He is the first pedal steel guitarist to be inducted into the Hall of Fame.

Drake is best known for creating the “talk box,” a technology that allowed him to vocalize through his pedal steel guitar, later adopted by Peter Frampton and many other artists.

His wife, Rose, said that musicians like him deserve a place in history.