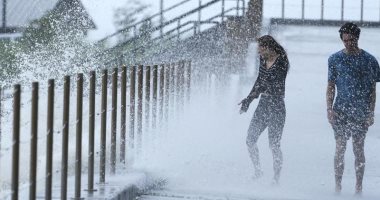 The United States of America is facing an imminent danger with the approach of the devastating hurricane, “Ida”, and is expected to leave behind it massive destruction in a number of states, which raised the question about whether the strength of the hurricane had a role in choosing a female name for it, Earlier, researchers at the University of Illinois had found that strong Atlantic hurricanes that had female names caused 5 times more deaths than those that had male names, according to Sky News Arabia..

The website said that based on the analysis of Atlantic hurricanes between 1950 and 2012 – 94 of them made landfall, researchers discovered that the names of less severe hurricanes did not represent a difference in their destructive power, whether they had masculine or feminine names..

For its part, the National Hurricane Center in the United States began giving human names to hurricanes from the year 1950 within “Atlantic storm”, with the birth of the female hurricane “Alice“, The center continued to give female hurricanes names until 1979, and for the first time the male name “Bob” was given to a hurricane in the Atlantic Ocean..

When people judge the threat posed by a hurricane, University of Illinois marketing professor Sharon Shavit says, “they seem to be applying their beliefs about how men and women behave, nothing more.“.