The marketing value of the Egypt group in the 2022 World Cup qualifiers.. and the Pharaohs outperform by sweeping 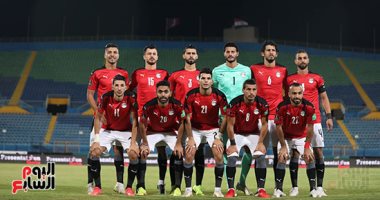 The sixth group, the Egypt group in the 2022 World Cup qualifiers, is witnessing a strong competition between the four teams, hoping to grab the lead in the second stage of the qualifiers to decide qualification for the World Cup in Qatar.

Angola will host Libya this evening, Tuesday, in the second round of Group F competitions in the African qualifiers for the 2022 World Cup to be held in Qatar..

The Egyptian team is at the top of its sixth group with 4 points, collected from two matches against Angola and Gabon, where it won the first and tied the second, while Libya is in second place with three points, which will face the bottom Angola team without credit and without points.

The Egyptian team outperforms the three group teams, Libya, Gabon and Angola combined, as the market value of the Pharaohs 145 Egypt has one million euros, while the total value of the remaining three teams is 114 million euros.

Magnetic resonance imaging is a method for diagnosing a sprained neck